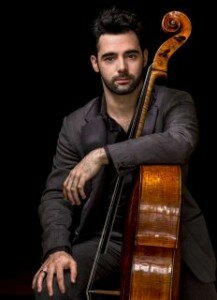 This will be his first time in Hong Kong despite him being a frequent traveller, spending an average of only three days in any one place. ‘There are only ever a couple of days, four at most,’ he says. ‘After you have more than five days in a place you get bored, so I’d rather make it quick!’

‘I actually really love [the travelling]. The travelling in itself is of course tiring, but I enjoy being in different places all the time.’

Along with his itinerary of travels all over the world, the day-to-day routine when Pablo arrives in a new city often varies too. ‘Every time is different,’ he says. ‘Sometimes I don’t have any time to visit anything, but if I have time I go out and run around the city – it’s the best way to get to know it – but I don’t really have a routine.’

Even though he only has three days in Hong Kong, Pablo is looking forward to seeing and eating as much as possible. ‘I just want to see how the city is built, and see the energy of the city. I don’t really know what to expect!’ he laughs.

Pablo’s career skyrocketed after being spotted at the 2015 Tchaikovsky competition, where he scooped 4th prize. ‘The competition was so exhausting,’ he recalls. ‘When I finished I just couldn’t believe it. For me it was great because it opened a lot of doors – there was a lot of work but it was very positive.’ 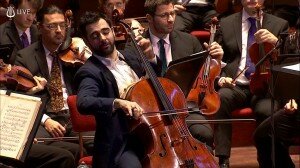 Not only does entering a competition take a lot of physical preparation: the right mindset must be adopted to gain as much as possible. ‘The thing with competitions is that there’s a percentage of luck that depends on the likings of that particular jury, so you have to go with the mentality of competing against yourself. You just think ‘If I’m lucky then I get to pass this round, and if not, then maybe next time.’’

‘The exposure is good. If you get to the final of a big competition and everyone hears you, sometimes it doesn’t matter about the exact prize.’

Alongside his performing work, Pablo has found fame on Instagram, where his profile is a combination of rehearsal and performance footage, videos of him practising, and his popular #askpablo series, where solutions to tricky technical problems are posted, the most recent being the answer to a tricky set of fingerings in Tchaikovsky’s Rococo Variations.

‘I started [Instagram] a couple of years ago,’ Pablo explains. ‘I started to do it because I thought it was fun. I think it’s a great way to keep in touch with people who follow my career. As a student I would have liked to see these things; that’s why I do it.’

‘It takes out a little bit of pressure in some ways. They see that ‘hey, this guy practises too, he plays out of tune too sometimes!’’

Tickets for Pablo’s (perfectly in tune) performance can be found here.