Doctors in the 20th century continue their more complex and complicated paths. Tennessee Williams’ play Summer and Smoke, about a repressed minister’s daughter and the doctor who lives next door. She cannot accept his advances until, too late, when he’s already someone else’s. American composer Lee Hoiby took up the story for his opera in 1971. Through the play, the doctor changes from wild and carefree to one who is looking for a responsible future and the minister’s daughter is left behind. 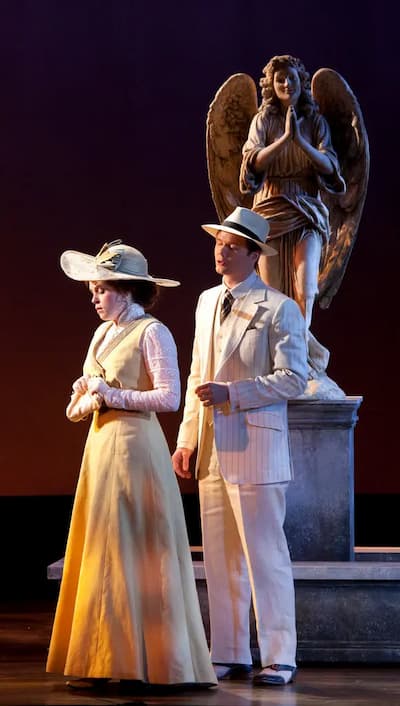 Gottfriend von Einem’s 1971 opera Der Besuch der alten Dame (The Visit of the Old Lady) pits money against morals. He started with the 1956 play of the same name by Friedrich Dürrenmatt, about the ‘multi-millionairess’ Claire Zachanassian, who is about to take husband number 9, but wants revenge against the man who had left her pregnant when she was young. She has returned to her old town, now an economic wreck, and announces she will donate a fabulous sum of a billion – 500 million to the town and 500 million to the citizens– if they will kill Alfred, her former lover and now the owner of the city’s general store. At first, everyone refuses, and then the town changes its mind. The Doctor (baritone) is one of the responsible citizens of the town who, along with the teacher, goes to see the Old Lady about her deal….and finds out that things are far worse than they thought – she is the force that has wrecked the town’s economy and now they must give up Alfred. 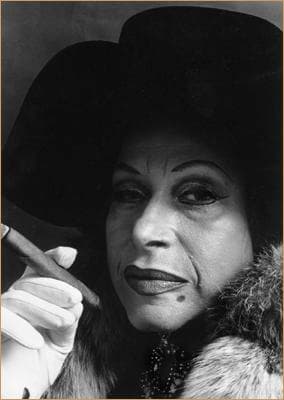 Gottfried von Einem’s The Visit of the Old Lady, based on the Dürrenmatt play, featured Regina Resnik as Claire Zachanassian, the rich lady of the opera’s title. The production was directed by
Francis Ford Coppola, 1972 (San Francisco Opera)


Described not as an opera, but as ‘actions for music,’ Hans Werner Henze’s 1976 We Come to the River was written for a cast of 111 roles sung by over 50 singers, three instrumental ensembles, and three different stages. The General, celebrating his victory but realizes the cost of his success in terms of misery and destruction. The doctor (bass-baritone) gives The General the news that he will go blind.

In the same composer’s 1983 opera The English Cat, we have a return of the mock doctor that we saw in those first operas from the 18th century. Using the story Les peines de coeur d’une chatte anglaise (The heartbreak of an English cat) by Honoré de Balzac, Henze created his 2-act opera The English Cat where in the middle, Jones the cat money-lender (bass baritone), disguised as a cat physician tries to stop a cat wedding. The entire opera is a set up of class structure and bourgeois charity. 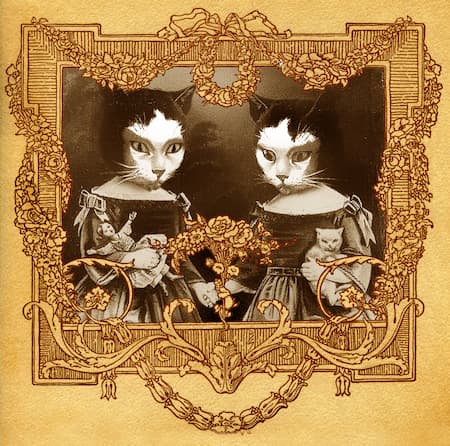 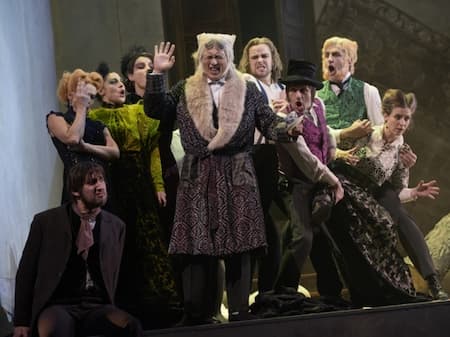 Oliver Sach’s 1985 book of neurological cases, The Man Who Mistook His Wife for a Hat and Other Clinical Tales, takes its title from one of the cases where a man is unable to recognize faces and objects. It was set as an opera by Michael Nyman in 1986, which brings us two doctors: the doctor neurologist (tenor) and the doctor of music who is his patient (Dr P. ) (Bass). The opera opens with the Neurologist speaking first in general about the idea of ‘deficit’ and then about Dr P’s specific case where he was increasingly only recognizing his students when they spoke.


Peter Maxwell Davies’ 1995 opera The Doctor of Myddfai has disturbingly modern overtones. A strange new disease has broken out that occurs when one receives a blow in the rain. The Doctor talks to his child about how their ancestor was granted miraculous healing powers by a woman emerging from the lake. In the background, the chorus speaks of the new dreadful disease.


Gavin Bryars uses misdirection in Doctor Ox’s Experiment. In the 1998 opera, Dr. Ox promises to bring free electric light to a town that is extremely slow and deliberate. The story comes from a Jules Verne science fiction short story, Une fantaisie du docteur Ox (A Fantasy of Doctor Ox). Doctor Ox isn’t really bringing electric light to the town, he experiments with flooding the air with oxygen and the people and plants begin to flourish. The people get so excited they declare war against a neighboring town because of an offense that occurred 800 years earlier. In the end, the experiment blows up, the people return to their lethargic ways, and the doctor and his assistant disappear. 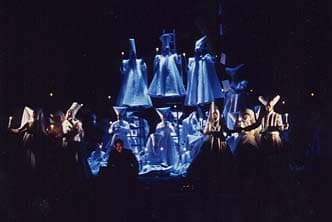 Danish composer Poul Ruder’s opera Tjenerindens Fortaelling (The Handmaid’s Tale), based on Margaret Atwood’s dystopian novel of 1985, had its premiere in Copenhagen in 1998. The role of the Doctor (tenor) is that of an opportunistic physician who is responsible for determining the Handmaiden’s pregnancy status and offering to stand in should the Handmaid’s owner not have been successful. Offer declined. 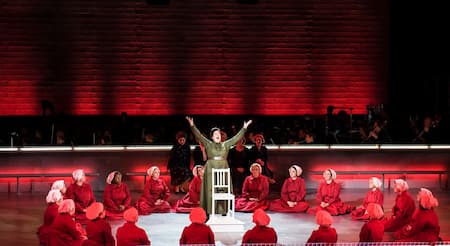 
Another of the great 20th-century novels to be made into an opera came from William Styron’s 1979 novel Sophie’s Choice. British composer Nicholas Maw saw the premiere of his opera in London in 2002. The narrator, Stingo, becomes fascinated with his Brooklyn neighbors, Nathan and Sophie. Nathan is a man of uneven temper and is convinced that Sophie is having an affair with her employer, a doctor.

John Adams’ opera about the development of the atom bomb, Doctor Atomic, focuses on the role of the physicist J. Robert Oppenheimer (baritone) and the debates about the necessity for the bomb, now that Germany has been defeated. At the end of Act I, Oppenheimer sings an aria based on Donne’s Holy Sonnet XIV: ‘Batter my heart.’ 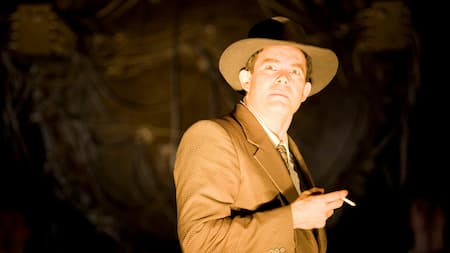 
We close where we started. Ivan Jevtić’s 2009 opera Mandragola has our final mock doctor. Based on an original play by Machiavelli, the opera focuses on the efforts of Callimaco to sleep with the young wife, Lucrezia, married to the elderly fool Nicia. Callimaco is introduced as a doctor with a magic root, the mandrake, that will cure Lucrezia’s infertility but will cause the death of the first man who has intercourse with her after she takes the cure. Callimaco courageously volunteers…