The character of Dr. Daniel Athanasius in Hans Pfiztner’s 1931 opera Das Herz returns us to the Faustian pacts we saw in the 19th century, however, this opera has a very different ending. Instead of being dragged down to hell, this doctor comes to a much older ending. One writer described it this way: ‘the concluding, dream-like escape by the early 18th-century black magician Dr Daniel Athanasius from the horror of public execution poignantly revealed artistic transcendence coinciding with political evasion: the doctor dies in his cell and his spirit is seen walking into Elysian fields to greet the wife for whose earlier death he had been responsible.’ He’s a black magician but ends up in the final resting places of the great and good in Greek mythology.


The name of our doctor is not random. Daniel (i.e., God is my Judge) gets his name from the Old Testament; Athanasius (i.e., the one who brings about immortality) is the name of one of the church fathers from Greece and another from Constantinople.

Where in Die toten Augen, we saw a woman regret regaining her sight, in Arthur Benjamin’s The Devil Take Her, The Doctor (who is also The Devil (bass)), restores a silent woman’s voice, her husband, The Poet, regrets the loss of quiet.

Arabella, the lyric comedy composed by Richard Strauss in 1933, has the silent role of a doctor as one of the ball guests. 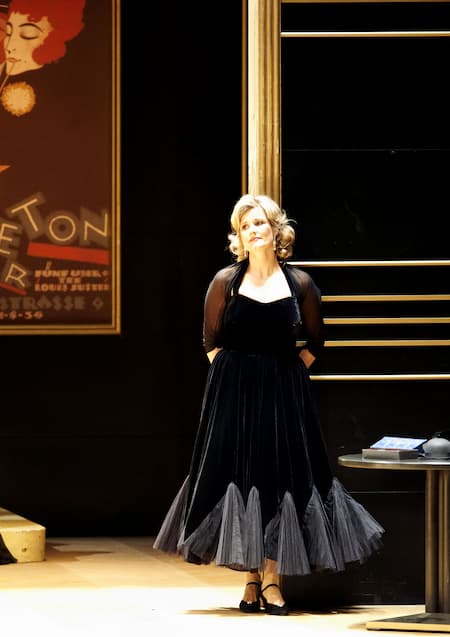 Another non-standard role for a physician is that of Doctor Goll in Berg’s 1937 opera Lulu. Goll is Lulu’s first husband and the role is spoken only, but a baritone voice is specified. The character of Dr. Schön, on the other hand, is not that of a physician, but a newspaper editor. As a singer, he also gets to play Jack the Ripper in the final act.


Francis Bousquet’s Mon oncle Benjamin, from 1942, is based on an 18th-century novel, and tells the life story of a country doctor in the time of Louis XV. Another country doctor (baritone) is the subject of Hans Werner Henze’s Ein Landarzt (A Country Doctor), a radio opera that didn’t receive its stage premiere until 1964.


As the opera topics get darker and darker, doctors have increasingly visible roles. Francis Poulenc’s gritty vision of a religious order during the Reign of Terror in Revolutionary France and how they decided to keep their vows. In the first act, the dying Prioress begs Dr. Javlinot for more painkillers and he refuses them to her. He’s indicative of the greater suffering the entire convent will undergo in the hands of men, leading, at the end of the opera, to their deaths by guillotine. 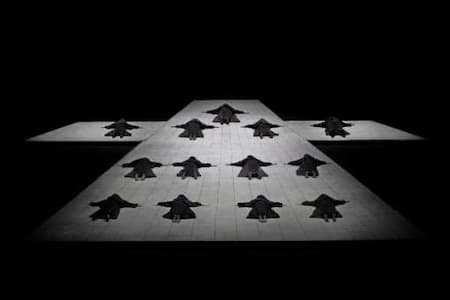 
Samuel Barber’s 1958 opera Vanessa, about 3 generations of women waiting – one for death, one for a lover to return, and one for life to start. At a skating party, the Doctor joins Vanessa, her niece Erika, and the mysterious Anatol. Anatol is standing in for his late father (also Anatol) who had left Vanessa 20 years earlier. In the premiere of the opera at the Met, Giorgio Tozzi stopped the show with his remarkable characterization of the Doctor.


A confusion at the end of Leoš Janáček’s 1907 opera Osud, results in the summoning of Dr. Suda, the lawyer, instead of the medical doctor who is required when our hero, the composer, gets struck by lightning. The composer dies and his opera remains unfinished.


Not since Gluck’s 1758 opera about the world turned upside down (L’Île de Merlin) have we had this character on stage: a woman doctor! Júlia Hajdú’s 1962 opera Doktorkisasszony (Miss Doctor) gave the title role to this rarity.

Graham Greene’s story of the vacuum cleaner salesman who becomes an inadvertent British agent was set in late 1950s Havana, and was a send-up of the international intelligence services, especially MI6, during the absurdities of the cold war period. English composer Malcolm Williamson made his opera Our Man in Havana out of the material in 1963. James Wormold, salesman and mock spy, makes an error that gets his only confidant, Dr Hasselbacher killed. When he created an orchestral suite of music from the opera, he took the dark, grim music from that scene as the second movement.


Harrison Birtwistle 1968 opera Punch and Judy used the traditional Punch and Judy puppet plays as its source, but instead of making it an amusement for children, it was always designed as a ‘stylized and ritualistic drama for adults.’ Accordingly, the characters are the traditional ones: Punch and Judy and the baby, the Doctor and the Lawyer, Pretty Polly, and so on. Punch burns up the baby in the fire, and later, kills the Doctor and the Lawyer with their own implements: a giant hypodermic needle and a huge quill pen. 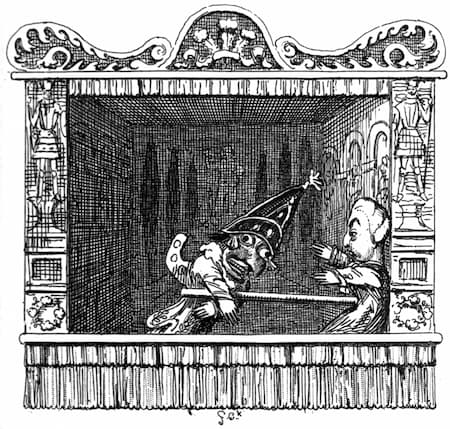 Doctors of all kinds appear in the 20th century!