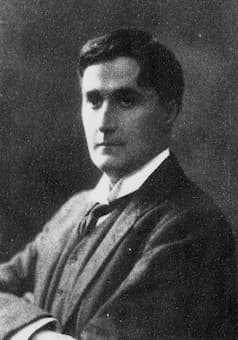 Although Ralph Vaughan Williams was an avowed atheist, he greatly bemoaned the state of church music in England. As he writes, “It ought no longer to be true anywhere that the most exalted moments of a church-goer’s week are associated with music that would not be tolerated in any place of secular entertainment.” He decided to provide church singing with a much needed upgrade and sifted through vast amounts of old music, including hymns, folk songs, Tudor music, and plainsong. The fruit of his labor resulted in a new edition of the English Hymnal, published in 1906 and containing even a few of his own tunes. “The collection stirred immediate controversy, with some bishops objecting to the inclusion of hymns to the Virgin Mary, other saints, and to the Faithful Departed.” The Diocese of Bristol banned the book, immediately causing outrage in newspapers. Not to be outdone, the Archbishop of Canterbury eventually censured the hymnal. 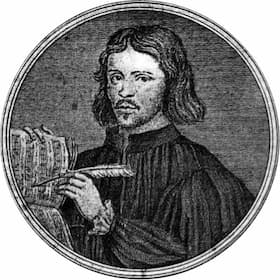 In Vaughan William’s vision, The English Hymnal should become a thesaurus of the world’s finest hymn tunes. “Designed to be essentially congregational in character, it rejected unsuitable modern or enervating tunes and replaced them with a rich and varied selection made from sources hitherto unimagined for a hymn book.” Vaughan Williams drew materials from Lutheran chorales and tunes by Bach and French and Swiss traditional melodies. There are tunes from the American Ira D. Sankey’s Sacred Songs and Solos, melodies from 16th- and 17th-century Scottish Psalters and Welsh hymn tunes. However, we also find Italian, Spanish, Flemish, and Dutch ecclesiastical melodies, and tunes by Richard Wagner and Orlando Gibbons appear side to side. With all the controversy surrounding the new publication, Oxford University Press feared that its reputation and sales might be damaged. As such, they published a parallel “Abridged Edition” in 1907 removing the offending material. The publisher should not have worried, as their original edition was rapidly and widely adopted, selling hundreds of thousands of copies.

Only a couple of years later, The English Hymnal would provide the inspiration for Vaughan Williams’ first great orchestral work. During the course of his research the composer found nine melodies by Thomas Tallis, each in a different church mode, that Tallis contributed to a metrical psalter compiled by Archbishop Matthew Parker in 1567. Vaughan Williams was clearly attracted to the plaintive Phrygian-mode third melody to which the following text had been added.

When rising from the bed of death,
O’erwhelmed with guilt and fear,
I see my Maker face to face,
O how shall I appear? 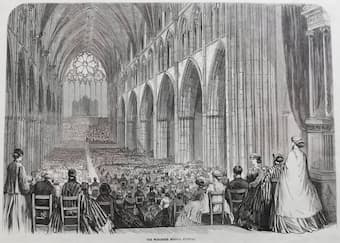 In 1910, Vaughan Williams was commissioned by the “Three Choirs Festival,” the longest-standing classical music festival in the world, to contribute an original composition. And the composer responded with his Fantasia on a Theme by Thomas Tallis, which first sounded in Gloucester Cathedral on 6 September 1910. That premier, performed by the London Symphony conducted by the composer, caused a veritable sensation and propelled Vaughan Williams to national and international recognition. 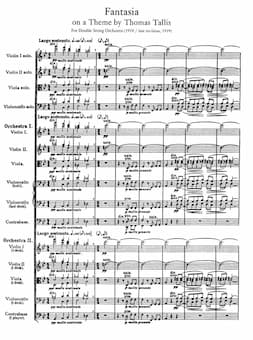 Page 1 of Fantasia on a Theme by Thomas Tallis

Critics have suggested, “That one of the contributing factors to its great initial success was Vaughan Williams’ foreknowledge of the acoustics of the cathedral. He had in mind not only the resonance of the large space, but also the style of Renaissance church music consisting of spatially separated choirs.” Williams twice revised the work and provided an orchestration that divides the performing forces into two main groups; a small string ensemble and a full string orchestra, from which a solo string quartet is extracted, sometimes forming a third group. Mysterious chords prepare for the entrance of the Tallis tune, initially played in fragments before sounded together in the cellos, violas, and second violins. An alternate version of the melody is played in the violins and leads to an interlude sounding a musical conversation between the two main groups. The solo quartet, commencing with the viola, launches into an animated variant of the Tallis theme. The music builds to an impassioned climax, sounding extreme dynamic shifts and striking harmonic contrasts. Eventually, the piece subsides using fragments of the Tallis melody, and the music gradually fades away in silence.

Ralph Vaughan Williams: Fantasia on a Theme by Thomas Tallis