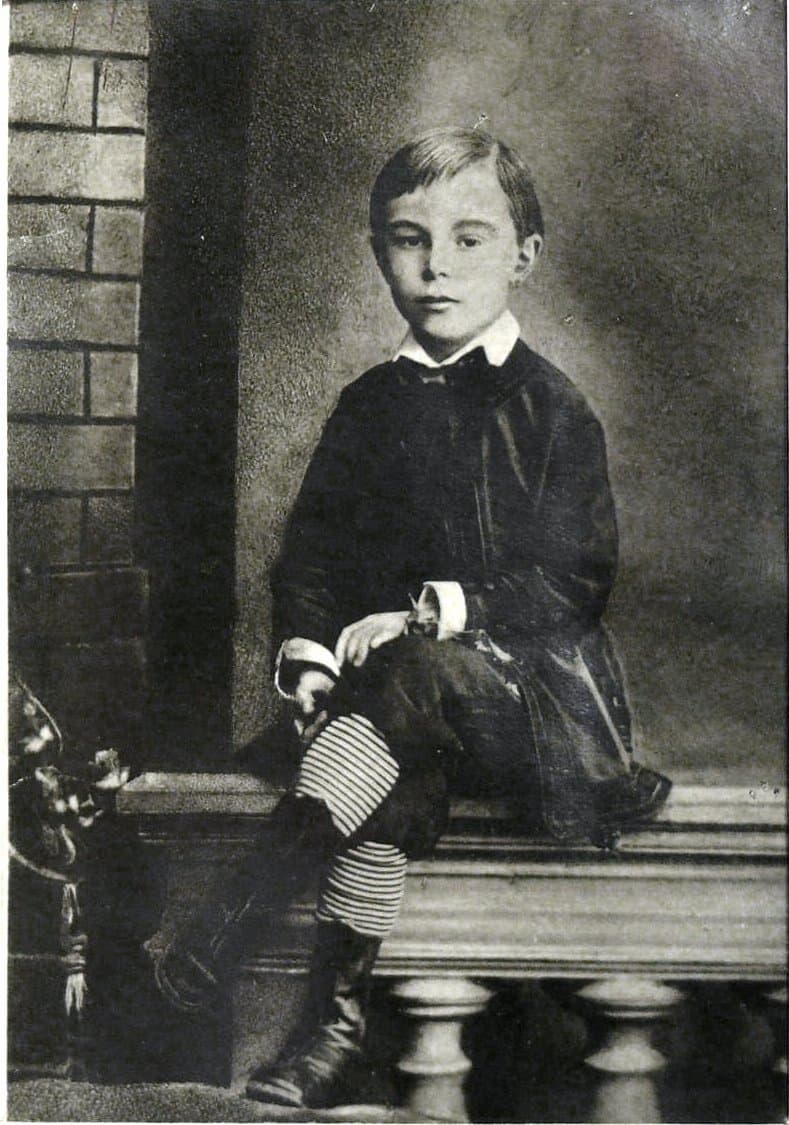 When Alexander Scriabin was asked about his origins, he proudly proclaimed, “I come from a noble and military family.” His family ancestry can be traced back to the thirteenth century when Russia was under Tatar rule. The name itself is set to derive from ‘skriba’ or ‘sribe.” By the sixteenth century, the Scriabin’s left their native place near Nishny-Novgorod and relocated to Moscow. Neglecting their sources of country income they enjoyed the lures of the big city, and although their money ran out, they were considered upper class. In time they turned to the profession offered by the military, and “in the eighteenth century there is a mention of a Scriabin as the Ambassador to Switzerland, and the court annals list a certain General Scriabin. The composer’s grandfather had been knighted with the Order of St. George and attained the rank of Colonel in the Tsar’s Artillery. His son Nikolai, the composer’s father, was the first son to brake military indoctrination and study jurisprudence at Moscow University. At the age of 21, while taking a summer holiday in the countryside, he met the concert pianist Lyubov Petrovna Schetinina, and he fell in love. 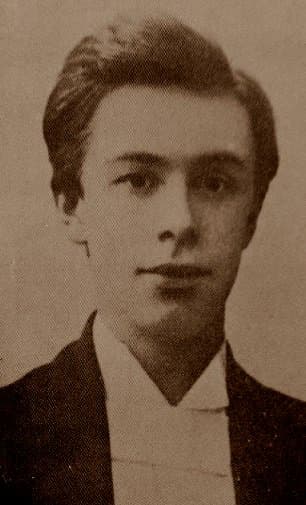 Lyubov Petrovna Schetinina was the daughter of the Director of the State Decorative Porcelain Factory outside Petersburg. She graduated from the Petersburg Conservatory in 1867 with the “Great Gold Medal” and the diploma of a “Free Artist.” According to a biographer, she “knew Anton Rubinstein as ‘Little Papa,’ and he replied equally intimately ‘Little Daughter.’” She had studied piano with the eminent Theodor Leschetizky, and he rated her as “among ladies, the greatest.” Apparently, Tchaikovsky was heard saying, “that Schetinina girl is a true virtuoso, but lamentably, her physical stamina precludes any extensive career.” Nikolai and Lyubov were married in the autumn of 1870. While Nikolai started work as a lawyer, his wife continued her concert career. Seven months pregnant, she played a full recital with works by Scarlatti, Chopin, Leschetizky, Schumann, Liszt, and her own ‘Scherzo.” She also played a solo concert five days before the child was born, and she became gravely ill. Scriabin later wrote, “I was born on the 25th December 1871 (6 January) 1872—in the old style dating system indicating the change from the Julian to the Gregorian calendar. The hour I can tell you is approximately, between noon and one in the afternoon. As for the place, Moscow.” 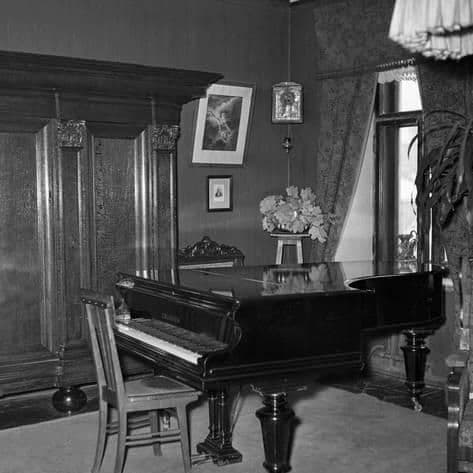 The infant was christened Alexander, and his patronymic was automatically Nikolaevich, after his father. Only ten days after Alexander’s birth, doctors diagnosed his mother with a severe infection of the lungs. Although her condition surprisingly improved, doctors recommended that Nikolai take his wife to Europe and to warmer climates. The couple made their way to the town of Arco at the edge of Lake Garda in the Dolomites, but Lyubov Petrovna died at the age of 23, and was buried in Arco. Nikolai returned to Moscow and his sister Lyubov Alexandrovna wrote in her memoirs, “My devotion to Shurinka (Alexander)—I always called him that—grew. In truth, all the strength of my love for the other members of my family fastened onto him alone. I even forgot that I was young and that I could still bear a child of my own. Whenever a proposal of marriage was expressed, I had only to take a look at that Infant and realize that I would be separated from him. I could not face such loneliness, however rosy the future might seem.” In turn, Alexander described his memories of childhood as “two grandmothers and an aunt.” 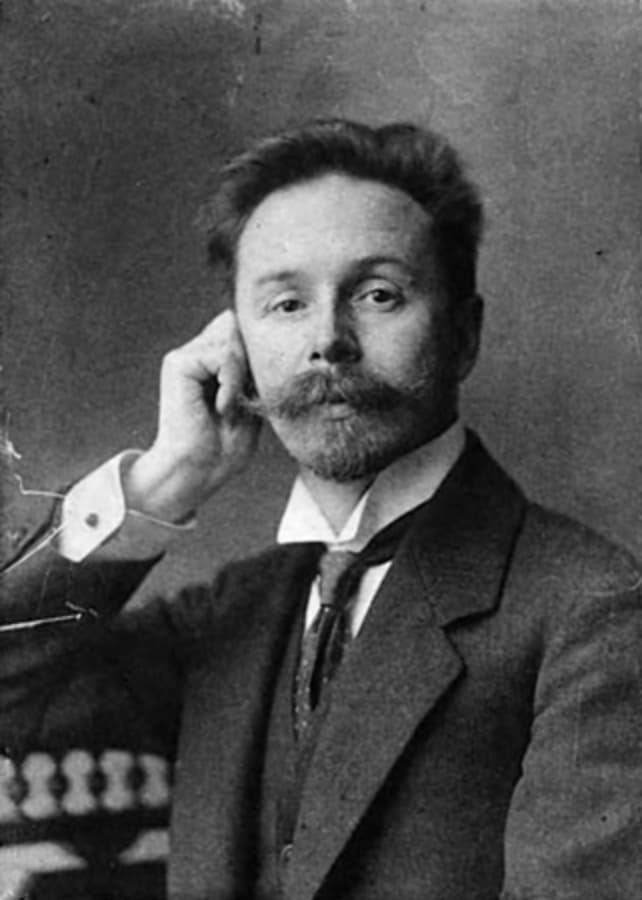 One biographer describes Scriabin’s childhood as “one passed amid a gently soft and feminine atmosphere set in an old patriarchy of yesterday.” For other commentators, “the Scriabin patriarchy had turned into a matriarchy of formidable sorts. “Little Shurinka was in a houseful of doting women, carefully and cautiously babied, born in a shirt and kept in cotton batting long beyond an appropriate time.” Aunt Lyubov Alexandrovna was an amateur pianist who documented Alexander’s early life. “When she practiced the piano, little Shurinka lay in her arms or on a pillow by the pedals.” If he cried in the nursery, he was brought to the piano to calm down. As she writes in her memoirs, “Shurinka’s love for music showed from the cradle. He bore the piano such a tender feeling that he seemed to think it human.” Scriabin was able to play the piano with both hands by the time he was five, and he was able to reproduce the tunes he heard from passing organ grinders. His aunt took him to concerts of Italian opera at the Bolshoi Theaters, and “his glowing eyes followed the orchestra rather than the singers. His cheeks flushed the moment the music sounded.” In due course, Shurinka began to construct toy pianos and he began to write little plays. His plots, always written in verse were always tragic and in five acts. “Occasionally they were gory and bloody so that by the third act all the characters would end up killed off.” Young Shurinka was a very serious child; “he never laughed or played games, and it became abundantly clear that music was his sole love.”