Features
On This Day
5 May: Cédric Tiberghien Was Born
by Georg Predota May 5th, 2022 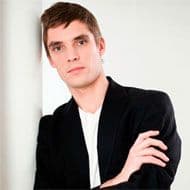 In 1999, BBC Radio 3 launched their “New Generation Artists Scheme” as part of its commitment to young musical talent. Each autumn six or seven young artist at the beginning of careers on the national and international music scene join the scheme for a two-year period. The scheme provides performance opportunities at Radio 3, various music festivals and concert venues, and also collaborations with record companies. Among the NGA selections in 2005, we find Christianne Stotijn, Martin Helmchen, Andrew Kennedy, Alexei Ogrintchouk, the Psophos Quartet, Alina Ibragimova, and Cédric Tiberghien. Born on 5 May 1975, Tiberghien saw a grand piano at the house of a friend of his parents when he was 2 years of age,. “She was a piano teacher and explained to me the mechanism of the instrument…I fell in love. I saw it as a huge toy, a gigantic noisy toy. Noisy but beautiful.” Tiberghien started formal piano lessons at the age of five with Michèle Perrier in Noyon, and Tiberghien credits her with “giving him a fundamental quality, curiosity, as well as an aspect that is more important every day of my life: discipline.”

He continued his studies at the Paris Conservatoire with Frédéric Aguessy and Gérard Frémy, who was a student of Heinrich Neuhaus in Moscow. At the age of 17 Tiberghien was awarded the premier Prix in 1992. He subsequently won prizes at several international piano competitions, including Bremen, Dublin, Tel Aviv, Geneva, and Milan, crowning his early achievements by winning 1st Prize at the prestigious Long-Thibaud Competition in Paris in 1998. Judges and critics were immediately impressed by the “lightness and grandeur, seriousness and fun, powerful momentum and meditative restraint” of his playing. “Tiberghien knew exactly what he wanted to say about the music, and did so with a blend of boldness, reasoning and inspiration.” Tiberghien is truly passionate about music, and about sharing his passion. As he explained in an interview, “I love the music I play. I think about the composer, who gives a lot of himself in the music. I feel that it is a mission to communicate this. I have to tell everyone that it is a masterpiece. When I play the piano, I give everything inside me. If I don’t love it, it is horrible. I would prefer to do something else. I feel very strong things. I want to share it with people because it is wonderful. I want everyone to feel it, even if they are not musicians.” 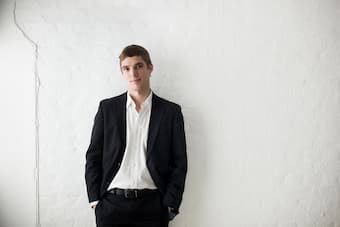 In time, Tiberghien has managed to establish a truly international career, and he has been particularly applauded “for his versatility, a wide-ranging repertoire, interesting programming, and an openness to explore innovative concert formats.” He has performed solo recital at some of the most prestigious venues around the world, including the Wigmore Hall’s Masters Series, the Theatre des Champs Elysees in Paris, the Asahi Hall in Tokyo, the Schubertiade Schwarzenberg, and the Societa dei Concerti in Milan. “Wigmore Hall will always be my musical home,” he explains. “It has a special energy, a special acoustic, a special history. I must have performed more than 40 concerts there so my history there makes it even more special.” His range as a concerto soloist has been no less impressive, and with over 60 concertos in his repertoire he has collaborated with an impressive line-up of international orchestra and conductors. This also included an extensive Australasia tour with the leading orchestras of Australia and New Zealand. The international press quickly took notice and reported, “Tiberghien leaps from the ruck of talented young pianists by making the music his own, taking you on to a plane where the interpreter’s craft is fully disposed to communicating the music’s fundamentals.” 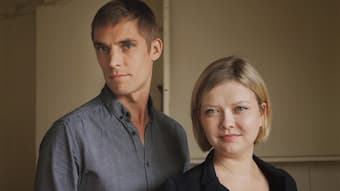 Tiberghien is not only an accomplished soloist; he also cherishes dynamic chamber music partnerships. Some of his regular partners include violinist Alina Ibragimova, violist Antoine Tamestit and baritone Stéphane Degout. “Cédric’s passion for chamber music is reflected in numerous recordings: his discography with Alina includes complete cycles of music by Schubert, Szymanowski and Mozart (Hyperion) and a Beethoven Sonata cycle (Wigmore Live).” Tiberghien has eclectic taste in music, as he also likes jazz and techno. As such, he considered the possibility to play whatever you want the most important aspect of his performing career. “It’s when there is only happiness to perform. It’s a well-balanced life, without the necessity to play more concerts. It’s when you can say no. It’s when you work with the people you want and love, especially Alina Ibragimova.” Tiberghien considers discipline, curiosity and communication the most important ideas and concepts to impart to aspiring musicians. “It should drive people’s personality inside and outside music. Curiosity keeps you alive. The desire to keep discovering, maybe change your ways to see new and different things.”