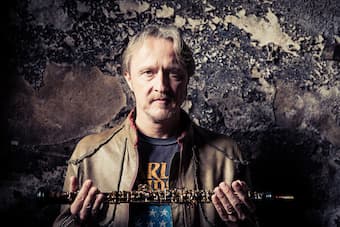 Germany’s most popular oboist, Albrecht Mayer was born on 3 June 1965 in Erlangen. As a child he sang in the choir of Bamberg Cathedral, but he soon found his love for the oboe. After studies with Gerhard Scheuer, Georg Meerwein, Maurice Bourgue and Ingo Goritzki, he began his professional career as principal oboist for the Bamberg Symphony Orchestra in 1990. Only two years later he was appointed co-principal oboist with the Berlin Philharmonic. His album “In Venice,” which presents classics from the standard oboe repertoire, even made it onto the German pop charts. A reviewer writes, “Mayer is a superb musician, a true soloist, fearless and passionate. He plays the most difficult, but most expressive instrument of them all, which in many ways mirrors the sound of the soprano voice. The singing quality of his playing and the sheer beauty of his tone are particularly impressive.” 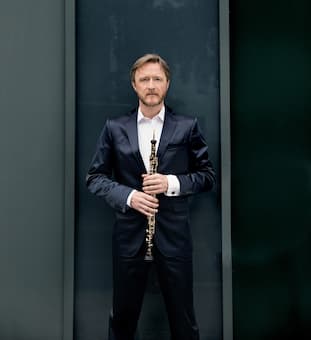 Mayer took his newly found popularity in strides, and his colleagues were for the most part supportive. Mayer had started his crossover concept with the release of Bach arrangements under the title “Songs without Words.” Mayer relates that there was initially some criticism, but that the process of presenting familiar works in new arrangements for oboe and orchestra was well received by audiences. Some critics did not warm to these arrangements, arguing that “the choice of works should not be determined by popular appeal but by a process that asks the artistically responsible question whether the transcription is at least of equal value to the original.” On the other hand, a reviewer writes, “These effortless and sensitive re-workings showcase both Albrecht Mayer’s awe-inspiring artistry and command over his instrument, coupled with some of the finest music ever penned by J.S. Bach. Bach fully understood the unique melancholy of the oboe, and it is this sound world that Albrecht Mayer has tapped into so convincingly!” 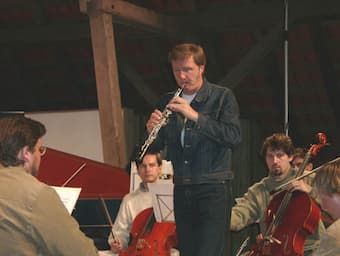 Mayer is tirelessly working to bring young people into the concert hall, and he is proud that his Bach album introduced “quite a few listeners to classical music for the first time.” For Mayer, this is a process that must involve the artists presenting relevant and exciting concerts, and parents taking an interest on behalf of their children. “Isn’t a concert a much better alternative than loitering on the streets or taking drugs,” Mayer asks. “Music makes people happier and more peaceful, and our society can certainly profit from that.” Mayer is highly critical of concert organizers, as they “often want to read the names of Bach, Mozart or Beethoven on the program flyer. But they didn’t write too much for oboe compared to their works for piano or violin. On the other hand, there are hundreds of original works by composers who are completely unknown today. People don’t come to the concert because they want to hear the Sammartini Oboe Concerto, but at best they come to the concert because they want to hear Albrecht Mayer.” 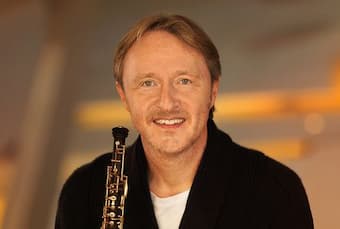 Mayer is constantly looking to expand the oboe repertoire, and his research has uncovered a number of oboe concertos from the second half of the 18th Century that are virtually unknown. However, Mayer is also rediscovering the music of the masters, and in a recent Mozart album he carefully investigates how instruments were built during Mozart’s time, and how the sound of that time might be transferred to the present day. To realize his vision, Mayer founded and conducts his own ensemble named “New Seasons.”

His musical career aside, Mayer is highly active with a charitable organization carrying his name. “To me as a musician hearing is of paramount importance in my life,” he writes. “For the very reason that our senses are of unique significance to human beings, I can hardly imagine to be obliged to live with fading eyesight or even without any eyesight at all! The Albrecht-Mayer-Foundation is assisting scientists throughout the world to focus on research in retinal degeneration. I want to actively support the people who are affected by these diseases. Maybe this can help to make their life more bearable and above all to save future generations from a destiny in darkness.”