Pianist Pascal Amoyel has produced a number of award-winning recordings of the piano music of Liszt, Chopin, and Scriabin, and also received commendations for his duo performances with cellist Emmanuelle Bertrand. He has composed a number of smaller-scale compositions, but he is primarily known for his pioneering work with actors in the development of theatrical concerts. His musical shows, including “Block 15,” “The day when I met Franz Liszt,” and “Looking for Beethoven,” have received rave reviews. However, his most personal stage production is “The pianist with 50 fingers, or the incredible destiny of Gyorgy Cziffra.” 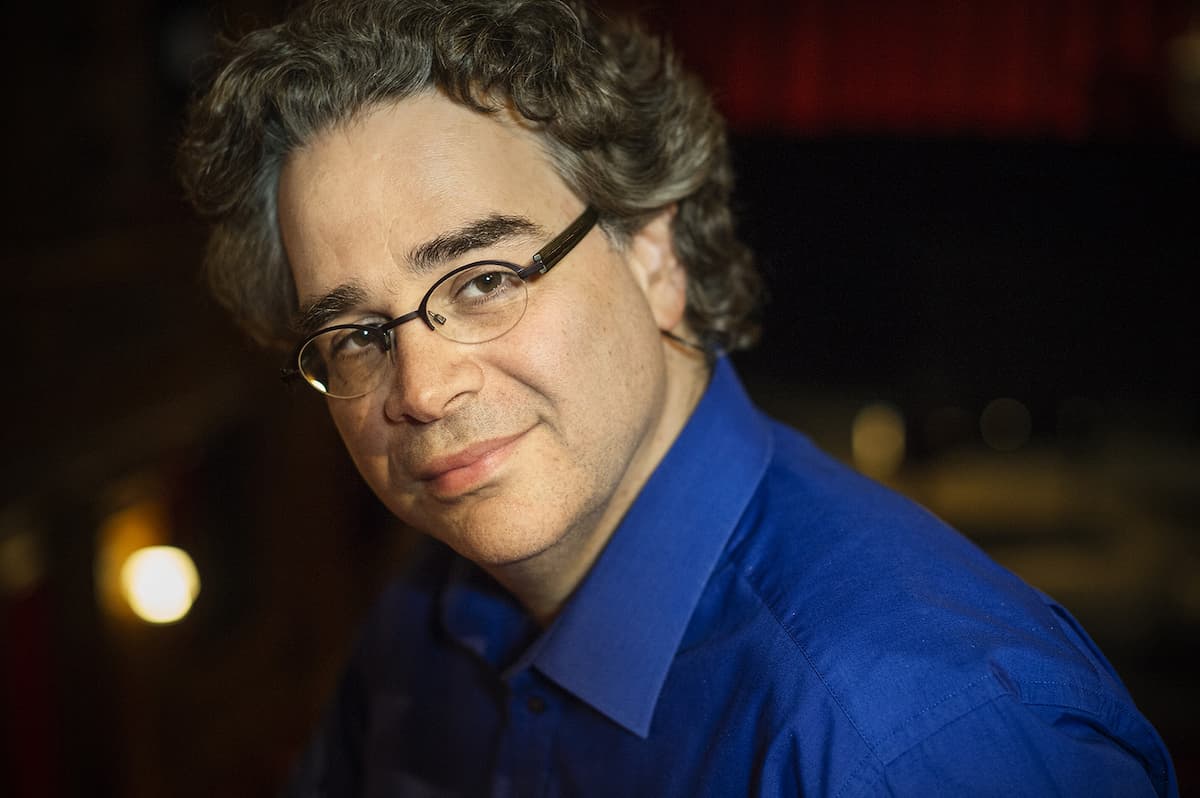 Amoyel was born in Rozay-en-Brie, France, on 2 January 1971. He considered Gustav Mahler his first love, as “he had the capacity for a unique and limitless harmonious invention. And then there was Liszt, whose attraction towards the spiritual has touched me deeply.” At the age of 10, Amoyel began his piano studies at the École Normale de Musique in Paris, and the extraordinary pianist Gyorgy Cziffra soon noticed him. Amoyel would study with Cziffra for eight years, both at the Paris Conservatory and in Hungary, and this apprenticeship decidedly shaped his life and his career.


Studying Under the Tutelage of Gyorgy Cziffra 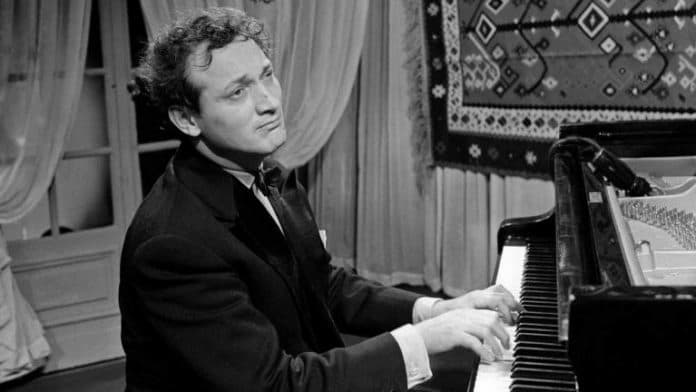 “I had the enormous privilege to work with Cziffra, in academies but also in private,” Amoyel explains. “Beyond the legendary pianist, he was also a very generous man, full of compassion. When he gave lessons, a single look from him taught me more than all his words because he spoke very little. And I think there is very little to say, which is a great quality. And I was trusted. When I was twelve, I didn’t know how to play. And yet, I had the impression of being his colleague. I have never encountered things like this after. I have known great masters whom I greatly esteem but who identified with their role as master, so that one could only identify with the role as a student. There was a barrier immediately between us. With Cziffra, it was absolute confidence. He was driven by the music. You only had to look at him to understand immediately what he meant. It is the highest possible pedagogy.” One day, at the end of a lesson Cziffra said to Amoyel, “Sit down, I am going to play you something.” Cziffra sat at the piano and played Chopin, and to Amoyel, “it was more than just being there to listen to music. It was a celebration of love and music.”

“Cziffra loved music so much that when he showed an example, a whole world opened up, which I can’t explain in words. It is this flame, the most essential and the most instinctive, that he succeeded in passing on. And it is doubtless the most important thing in a master-student relationship.” Every time Amoyel is performing on stage, he is looking to pass on that particular fire instilled by Cziffra rather than just playing the notes. “This I learned from Cziffra,” Amoyel explains. “Cziffra entrusted me with so many things. For me, it is as if the spectator listened to what Cziffra said to me. I am the intermediary, a storyteller. Every evening is obviously different. But since I’m telling the strict truth as it was told to me, I try to remember how it was told to me and I also put myself in his place because he meant a lot to me. Not only was he the great legendary pianist that we know, but he was also a man of incredible kindness and humanity!” 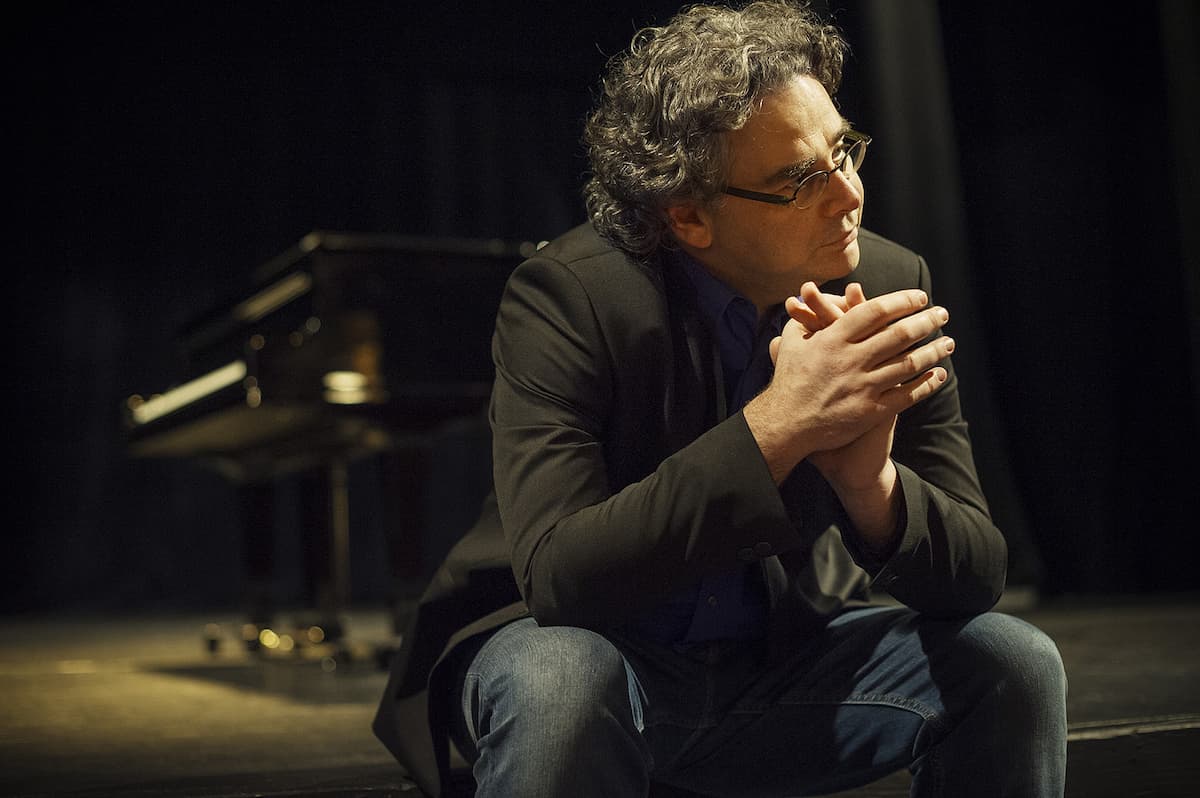 Amoyel did take part in a number of piano competitions, and he understands that pianists need comparisons at some point. However, he considers such events utterly useless. “I even think they can be destructive. During a competition, we know what is expected of us, how we have to play to be accepted. We are outside of ourselves. However, we also do this job so that a room is happy, and that our record appeals to people. But telling myself that I’m going to play all of Beethoven’s sonatas to get people talking about me is not a consideration. You only have one life, and you’ll have to have fun.” In almost all of his artistic endeavors, Amoyel references his years of apprenticeship with Cziffra. “When you saw Cziffra,” he says, “there was such an intertwining between his life and his music. It is very likely that it carried me enormously afterward. It is difficult to analyze oneself. For me, a piano lesson, a music lesson means nothing if it does not relate to the human.

These are life lessons that I received from Cziffra, and as artists, we are at the forefront of creativity. From the moment all the ego is removed, only music remains, and it is this common vibration that unites us all.”