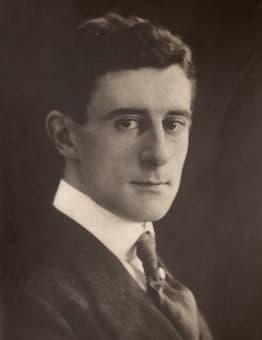 Composed between 1919 and 1921, La Valse by Maurice Ravel premiered on 12th December 1920 in Paris. On that occasion, Camille Chevillard conducted the Lamoureux Orchestra of Paris in a performance of the orchestral version. Ravel and Alfredo Casella had presented the initial two-piano version in November 1920 at a concert of the Arnold Schoenberg’s Society for Private Musical Performances in Vienna. The idea to compose a tribute to Johann Strauss had occurred to Ravel as early as 1906, but for a variety of reasons he kept getting distracted. During the years of World War I, Ravel was a truck driver stationed at the Verdun front. As he wrote to a friend, “And now, if you wish, Vive la France! But above all down with Germany and Austria! Or at least what those two nations stand for at the present time.” When Ravel started to work on the score again, the world had become a different place, and Ravel was taken to task for supposedly reflecting the tumultuous and dark years of the First World War. A critic wrote, “whether or not it was intended as a metaphor for the predicament of European civilization in the aftermath of the Great War, its one-movement design plots the birth, decay and destruction of a musical genre: the waltz.” 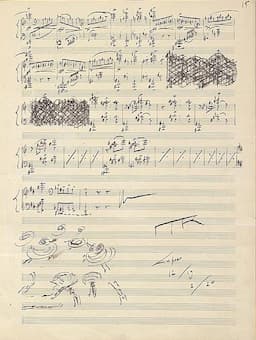 Ravel fiercely denied this interpretation and wrote, “While some discover an attempt at parody, indeed caricature, others categorically see a tragic allusion in it—the end of the Second Empire, the situation in Vienna after the war. This dance may seem tragic, like any other emotion… pushed to the extreme. But one should only see in it what the music expresses: an ascending progression of sonority, to which the stage comes along to add light and movement… It doesn’t have anything to do with the present situation in Vienna, and it also doesn’t have any symbolic meaning in that regard. In the course of La Valse, I did not envision a dance of death, or a struggle between life and death.” The primary reason why Ravel completed La Valse was a request by the impresario Serge Diaghilev. 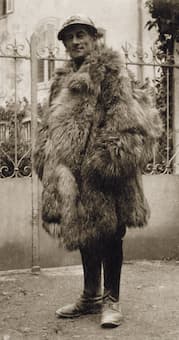 Slated for performance by the “Ballets Russes,” it was to feature on the same program as Stravinsky’s Pulcinella. Ravel introduced the finished composition to Diaghilev in his version for two-pianos, and Francis Poulenc described that particular meeting as follows. “Ravel arrived very simply, with his music under his arm, and Diaghilev said to him, in that nasal voice of his: Well now, my dear Ravel, how lucky we are to be hearing La valse. And Ravel played La valse with Marcelle Meyer, not very well maybe, but anyway it was Ravel’s La valse. Now at that time I knew Diaghilev very well…and I saw the false teeth begin to move, then the monocle, I saw he was embarrassed, I saw he didn’t like it and was going to say ‘No.’ When Ravel had got to the end, Diaghilev said something which I think is very true. He said ‘Ravel, it’s a masterpiece… but it’s not a ballet… It’s the portrait of a ballet…It’s the painting of a ballet.” Ravel picked up his music quite quietly and, without worrying about what we all thought of it, calmly left the room.” Predictably, Ravel was deeply offended, and he would never collaborate with Diaghilev again. 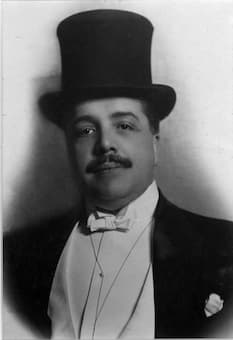 Ravel eventually did publish the score as a “poème chorégraphique,” and in his prefatory note we glimpse a hint of a scenario. “Swirling clouds afford glimpses, through rifts, of waltzing couples. The clouds scatter little by little; one can distinguish an immense hall with a whirling crowd. The scene grows progressively brighter. The light of the chandeliers bursts forth at the fortissimo. An imperial court, about 1855.” Ravel also issued a solo piano version of La Valse, featuring some extraordinarily difficult passes in “which the performer must show creativity and transcribe the piece once again.” The solo piano version has been much neglected, and that has little to do with its technical challenges. Rather, commentators and performers are continuing to struggle with the meaning of the work. Is it a dance of death or a hallucinatory swirl of delight? The solo piano version actually seems to suggest that it is both. While the first half of the work is a perfect impressionistic version of the waltz style, the second half presents “a captivating, violent and expressionistic representation of the demise of society at the time.” Whether Ravel was consciously aware of it or not, in La Valse he perfectly placed his finger on the pulse of his time.