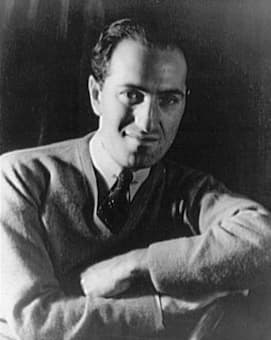 In 1936, George Gershwin told a friend, “I am thirty-eight, famous, and rich, but profoundly unhappy. Why?” Gershwin had been experiencing severe headaches, but many of his friends simply attributed his unhappiness to his working conditions in Hollywood, “or to his unrequited love for Paulette Goddard.” Some friends wondered whether he was having a nervous breakdown, and composing three film scores in a single year had certainly been exhausting. Hollywood was convinced that there was a psychological explanation for his physical ills, and a biographer wrote, “Hollywood was so preempted by the psychoanalysts that it was inconceivable that any ailment could on occasion be physical… Whatever was wrong with Gershwin must have been a mental aberration due to some disappointment connected with the film industry.” In January 1937, Gershwin featured as soloist in his Concerto in F Major with the Los Angeles Symphony Orchestra under the direction of Alexander Smallens. Towards the very end of the slow movement, Gershwin experienced an extended blackout, accompanied by, as he reported, the smell of burnt rubber. 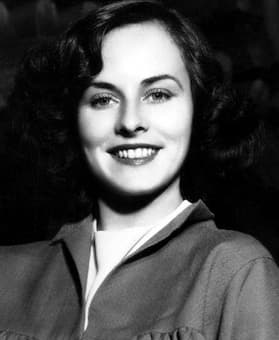 Gershwin, who had begun to struggle with extended bouts of severe depression, and complaining of headaches and dizziness spells, had privately been seeing the psychiatrist Dr. Zilboorg for about a year. Following his blackout, Zilboorg arranged a medical checkup but no significant medical problems were detected. Nevertheless, Gershwin continued to experience, especially in the morning and during moments of nervousness or tension, “disagreeable olfactory hallucinations, headaches, and dizzy spells, including another blackout while sitting in a barber shop in April.” Gershwin told his sister in late May that “he was in good health,” but his symptoms continued to worsen. Zilboorg recommended the psychoanalyst Ernest Simmel, who referred Gershwin to an internist, Dr. Gabriel Segall. An electrocardiogram, urinalysis, blood work, and other tests revealed no abnormalities, but Segall recommended that he consult the neurologist Eugene Ziskind, who examined Gershwin on 20 June. The doctor observed an impaired sense of smell in Gershwin’s right nasal passage and oversensitivity to light. He was briefly admitted to Cedars of Lebanon Hospital in Los Angeles on 23 June, but X-rays, an ocular funduscopic examination, a Wassermann test, a roentgenogram of the skull, and other tests proved inconclusive. The final diagnosis suggested “a nervous affliction, perhaps self-induced; most likely hysteria.” 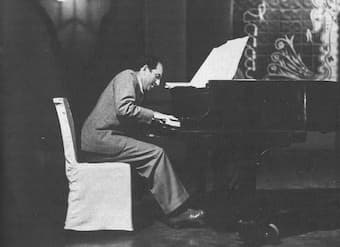 Once he returned home from the hospital, Gershwin’s health continued to deteriorate and he experienced two epileptic seizures. On 9 July, Gershwin fell into a coma and was rushed to Cedars of Lebanon, never again to regain consciousness. A spinal tap was administered, providing evidence of a brain tumor. Surgery was deemed the only option and Drs. Rand and Naffzinger from the University of California Medical School performed a five-hour operation. “The surgeons removed a gliomatous cyst as well as a deeply imbedded tumor nodule subsequently diagnosed as a glioblastoma multiforme.” Family and friends were notified that Gershwin had died at 10:35 am on 11 July 1937 at the age of 38. The medical community commented, given the late diagnosis, “I can’t fathom what could possibly be done for Mr. Gershwin. It was one of those fulminating tumors. Even though a great part of the tumor was removed, he would soon relapse. I believe that death was the best outcome for him, since for a brilliant man a recurring tumor would be but a terrible, slow death.” 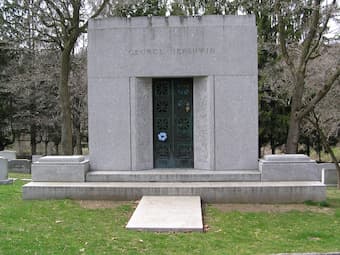 Gershwin’s body was taken to New York by train, and funeral services held simultaneously on 15 July at Temple Emanu-El in Manhattan and Temple B’nai B’rith in Los Angeles. Nearly 3,500 people came to pay their respects, and the music included selections by Bach, Handel, Beethoven, and Schumann, along with readings of Psalm 90 and 120. Rabbi Nathan Perilman conducted the service, and in his eulogy he described Gershwin “as America’s folkish musician, drawing his nature from the breath of American folk life and all its ways… There are countries in Central Europe, which would have flung out this Jew. America welcomed him and he repaid America by singing the songs of the American soul with the gusto of a child, with a filial tenderness of a son.” Gershwin was buried in a family plot in Mount Hope Cemetery, Hasting-on-Hudson. Twenty thousand people attended a memorial concert on 9 August 1937 in New York, and a month later twenty-six thousand gathered at the Hollywood Bowl for another memorial concert, an event that was broadcast live around the world.

George Gershwin: Prelude No. 1 (arranged for clarinet and orchestra)