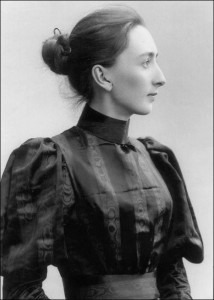 At age 23, Jean Sibelius “was pale and good-looking, slender and sensitive. He seemed to all a strange and attractive being. And of course, we were all in love with him…And he was lovable. Refined, attractive, polite, he had that something that women must love.”

Acutely aware of his magnetism and appeal to the fairer sex, Sibelius fell head over heels in love with one beauty after another. There was Betsy Lerche and Alma Söderhjelm, both immortalized by compositions dedicated to them. After various affairs and broken engagements, the field of partners gradually narrowed to the “prettiest girl in all of Finland.” It all happened when Sibelius studied music in Helsinki in 1888, and the budding conductor and friend Armas Järnefelt invited him to the family home. Over a family dinner, Sibelius gazed upon Aino Järnefelt, the 17-year old daughter of General Alexander Järnefelt, the governor of Vassa, and Elisabeth Clodt von Jürgensburg, a Baltic aristocrat. Aino looked at Jean, and Jean looked at Aino and they instantly knew that they would spend their lives together.

Jean and Aino became secretly engaged during the summer of 1890. His family had clearly heard it all before, and was highly skeptical. “You must not think that this engagement is like the previous ones,” he wrote. And when he left for Vienna in the autumn of 1890, everybody thought the relationship would end right then and there. However, Jean copiously wrote love letter after love letter to Aino. A number of his letters were so racy that he was worried about mailing them. So Aino suggested he send a big innocent letter and hide the naughty little one inside! While in Vienna, it suddenly emerged that Sibelius had a rival for Aino’s hand, the novelist Juhani Aho. Originally Aho had fallen in love with Aino’s mother, twenty-three years his senior. When the futility of that relationship finally dawned on him, he turned his attentions upon Aino. In his novella Yksin (Alone), the female character Anna is a highly realistic stand-in for Aino. In the words of a critic, it was “the most vivid eroticism ever to surface in Finnish literature!” Sibelius read the novella at least 10 times, and in his raging jealously considered challenging Aho to a duel. Thinking better of it in the end, Sibelius wrote to Aino “You’ll probably think I’m a fool, a Don Quixote.” 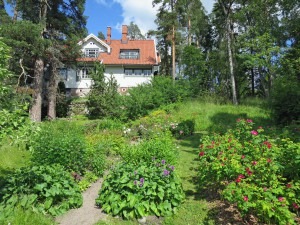 Jean Sibelius: Karelia Suite, Op. 11
When Sibelius returned to Helsinki, he pretended to have forgotten all about Aino. After staying in hiding for over two weeks, it was actually Aino who sought him out and confronted him. With the rules of engagement sorted, the couple wed on 10 June 1892. They spent their honeymoon in Karelia, a disputed area of historical significance for Finland, Russia, and Sweden. Marital bliss and the stunning countryside tellingly served as the inspiration for his Karelia Suite. Their home, aptly named “Ainola” was completed on Lake Tuusula in 1903, and the first of six daughters was born shortly thereafter. Life at Ainola was not always easy. Sibelius was subject to great mood swing, perennially in debt and mostly drunk. The Sibelius children were under strict instructions not to disturb their father when he was composing. They weren’t even allowed to call out to one another from room to room. Habitually, whisky was his constant companion, and Aino would frequently find him passed out at the dining-room table in the morning. At some point, she had seen enough. In a curt letter, she called him “a useless weakling who took refuge from problems in alcohol.” She was adamant that “she would not expose herself again to the indignity of seeing him conduct in an inebriated condition,” but in the end, she did not leave him.

They were married for sixty-five years! At times, Aino was deeply depressed and returned to her parental home when life with Jean became too difficult. But it was her who encouraged him to compose symphonies. “She managed the house so that he could compose, she who pulled them back again and again from the brink of economic disaster with her gardening, her faithfully copying his score, and her home schooling of the children.” Reflecting on their life together, she wrote to her husband, “In my mind, I have thought about our early days, our whole marriage, and the love just grows and rolls on ever larger. Wonderful treasures for me are your compositions, from which I always find what I am seeking. It is as if I were sinking into something great and wonderful, in the way that people in the past submitted to religion, with body and soul. No one can imagine what your compositions mean to me.” Through thick and thin, through tragedy and joy, the couple never stopped to communicate. He wrote almost 700 letters to his wife, while she wrote well over 400 letters to her husband, with many more too intimate to ever reach the public domain.