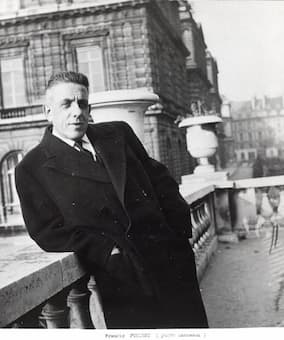 In his 1889 work known as the Enigma Variations, English composer Edward Elgar depicted his friends and neighbours in music. Although he first gave the movements coded titles, their identities were quickly figured out.

In a similar fashion, the French composer Francis Poulenc created his Les Soiées de Nazelles, which he began in 1930 and completed in 1936. As his friends and neighbours gathered at his country house, Le Grand Coteau, in Noizay, in the Loire Valley, Poulenc would create portraits in sound. He never labelled the different variations with specific names, but we can appreciate the variety of characters he captured.

The work starts with a Préambule, a dramatic and vigorous beginning to the work. 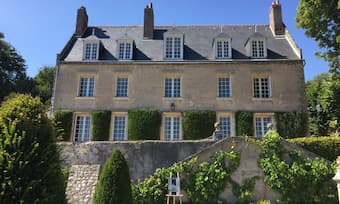 The variations that follow are described by characteristics but not identified by peoples’ names, and the tempo directions help to give an indication of a person’s character. The music has an expansive and improvisatory quality and the styles used match the variety of the day, from waltzes to music-hall tunes, to a bit of pianistic flash to romantic sentimentalism. Hints of composers such as Saint-Saëns, Chabrier, Offenbach, and Fauré strike the ear and Poulenc himself said he was carrying on the ideas of Couperin’s Folies françoises. The imitation of other composers is always done with a sense of humor and respect. Here’s are other masters in the hands of a master.

The third variation is done in a song style and sounds more like it’s the background accompaniment to a dramatic story. The title, La désinvolture et la discretion (Casualness and discretion), involves us immediately in the machinations of the person pictured – bold and yet slightly hidden.


It concludes with another cadenza and the Finale, which is marked ‘follement vite, mais très prècis’ (crazily fast. but very exact). The movement is said to be Poulenc’s picture of himself. 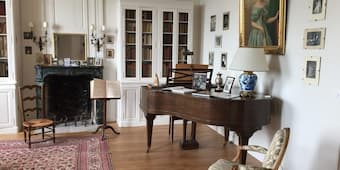 In the score, Poulenc wrote: ‘The variations that form the centre of this work were improvised at Nazelles during long country evenings wherein the composer played “portraits” for friends gathered around his piano.’ He regarded the works as somewhat tentative, being ‘somewhere between a first draft and a finished work,’ He leaves us with the image of a living room on the Touraine region, ‘with a window open to the night.’