Composers Anecdotes
Napoleon Bonaparte: “Do Not Shriek Like You Usually Do”
by Georg Predota November 20th, 2019 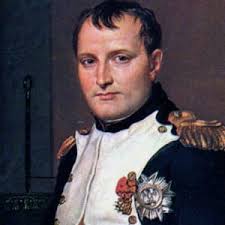 The French Emperor Napoleon Bonaparte was a brilliant military strategist, but the ability to hold a tune eluded him completely. Betsy Balcombe, a friend during his exile at Saint Helena writes in her Recollections. “In fact, Napoleon’s voice was most unmusical, nor do I think he had any ear for music; for neither on this occasion, nor in any of his subsequent attempts at singing, could I ever discover what tune it was he was executing. He was, nevertheless, a good judge of music, if any Englishwoman may say so, after his sweeping denunciation of our claims to that science, probably from having constantly listened to the best performers. He expressed a great dislike for French music, which, he said, was almost as bad as the English, and that the Italians were the only people who could produce an opera.” Napoleon had spent some time as a youth learning the rudiments of music, and later in life he became a passionate visitor to the opera. 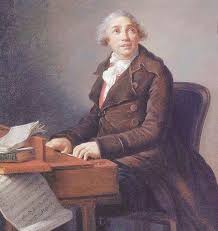 It has been reported that he saw 163 different operas and attended 319 performances. As early as 1791 he writes, “For every age and in every situation, music consoles, pleases, disturbs delightfully… It increases the number of enjoyments, and as man savors all the minute details of the charming melody, he is more deeply affected by the delights of the emotion.” The German Frederick Reichhardt recounts the following anecdote sitting with Bonaparte at a performance of the first act of Giovanni Paisiello’s Proserpine. Bonaparte opened the concert by warning the sopranos not “to shriek like you usually do.” And once the act was over, he stood up and addressed Paisiello with a series of remarks concerning the mistakes in the prosody; words badly cut by the music, repeated pointlessly, breaks cutting the dramatic interest in the vocal line. “Poor Paisiello had no idea what hit him, and he was at a complete loss to defend himself.”