Composers Anecdotes
Napoleon Bonaparte (1769-1821)
“Music Tells Us That the Human Race Is Greater Than We Realize”
by Georg Predota November 9th, 2019 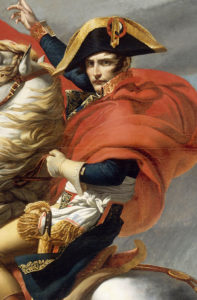 Napoleon Bonaparte (1769-1821) was passionate about music. Like his contemporaries, he attended the opera whenever possible, and it is reported that he saw 163 different operas and watched 319 performances in total. Napoleon had received some rudimentary musical instructions in his youth, but the ability to play an instrument or carry a tune eluded him. His valet Louis-Joseph Marchand wrote, “The Emperor, should he start to sing, which he sometimes did while thinking of something else…was rarely in tune and would repeat the same words for 15 minutes.” When he was in an elated mood, he apparently loved to “murder the airs of Rousseau’s Le devin du village.” Nevertheless, Napoleon clearly valued music for the pleasure it gave him, and because it could serve political ends. At the end of the First Italian campaign in 1797 he wrote a letter to the five inspectors of the Paris Conservatoire, the star composers of the day, Méhul, Le Sueur, Gossec, Cherubini and Sarrette: “Of all the fine arts, music is the one which has the most influence on the emotions, and it is this influence which the legislator must encourage most warmly. A piece of “moral” music, one by the hand of a master, cannot fail to touch the heart and has much more influence than a good, “moral” piece of writing, which moves the mind but has no effect on our behavior.” 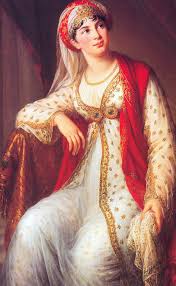 Napoleon loved Italian vocal music, especially when it was sang by beautiful women. We can’t be hastily passing judgment, but in his steamy affair with the Milanese singer La Grassini he found both. He proudly proclaimed, “English music is vile, the worst in the world, and French music is almost as bad as the English. Italians are the only people who can produce an opera, and Italian singing has a charm which is always new.” As such, Giovanni Paisiello (1740-1816) was Napoleon’s favorite composer. He first heard Paisiello’s music in New Orleans, and in his own novella Clisson and Eugenie, the character of “Amélie had the same effect as a piece of French music…. whereas Eugénie was like a piece by Paisiello, which transports and uplifts souls born to hear it, whilst the common sort remains unaffected.” Napoleon normally got what he wanted, and in 1801 he invited Paisiello to Paris to compose and conduct music for his private orchestra. Paisiello, already approaching his 72nd birthday, was not thrilled by the invitation. However, his boss Ferdinand IV, the King of the Two Sicilies, persuaded him to go “in the interest of improving Franco-Neapolitan relations.” Paisiello’s first French opera Proserpine did not find favor in France and even Napoleon was critical, but when he was in a good mood the Emperor couldn’t get enough of the second act of Il Re Teodoro in Venezia. 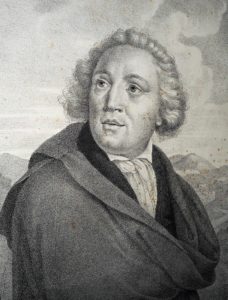 Paisiello once remarked, “The Emperor likes my music because it did not prevent his thinking of other things.” I wonder what Napoleon was thinking on 2 December 1804, the day of his coronation. Apparently, 500 singers and players were arranged in two orchestras and four choirs and perched on two grandstands specially built at either extremity of the crossing of Notre-Dame. And that doesn’t include various military bands playing heroic marches. Invited guests and dignitaries were treated to music by Le Sueur, Abbot Roze, and a mass and a Te deum composed by Paisiello. Paisiello returned to Naples in 1803, and he served as chapel master for Napoleon’s brother Joseph when he was King of Naples. Every year he sent Napoleon a sacred composition for his birthday, prompting the Emperor to proclaim “Music is the soul of love, the sweetness of life, the consolation for sorrow and the companion of innocence.” 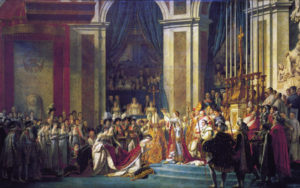 The Coronation of Napoleon by Jacques-Louis David

There can be no doubt that Napoleon preferred Italian music, and French composers were expected to adopt an Italian style in their compositions. Supposedly, Napoleon told
Étienne Nicolas Méhul, the most important opera composer in France during the Revolution, that his music was too contrapuntal and baroque. “Academic, always academic, that’s the sort of music you give us. Grace, melody, gaiety are precisely the things which you French, and indeed German composers, can’t give us.” According to this anecdote, Méhul was not pleased and enlisted the librettist Marsollier to write an Italianate opera. He composed the music in secret and gave it the Italian title L’Irato. When the opera was staged, Napoleon was invited to attend, and he sat next to Méhul during the performance. Napoleon was delighted by the brightness of the Italian music, and when the ruse was revealed he laughed and said, “You can catch me out that way any time, and I will delight in the glory that goes to you and the pleasure which comes to me.” We don’t have any way of verifying this little anecdote, but as the historian Frédéric Masson wrote, Music was for Napoleon a real pleasure; he loved it for itself and for the sensations, which it gave him. It calmed his nerves, it put a halo round his dreams, it soothed his melancholy and it warmed his heart”.