In Tune Society
Art in the Embattled City
by Maureen Buja November 21st, 2019

The international news is full of reports of the battle of Hong Kong – students battling the government, destroying facilities, battling police, taking control of the streets – and yet, at the same time there’s another side. The streets may become night-time battle zones, but life still has to go on – getting the laundry done, getting the shopping done, and so on.

We were speaking with some international travelers who have been in Hong Kong for the past few weeks and they noted how much is being done behind the scenes to keep life going in the performance world. Because the public transportation system has been stopping at 10 pm, there’s a de facto curfew, so some shows are accommodating by starting at 6 pm rather than 8 pm. 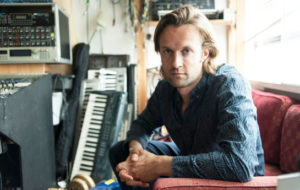 One recent production in Hong Kong was a visit by Gabriel Prokofiev from the UK working with the Hong Kong ensemble The Timecrafters for performances both on Hong Kong Island and in the New Territories. Prokofiev, grandson of Russian composer Sergei Prokofiev, is leading a new approach to classical music. His Bass Drum Concerto (2012) takes the old form of the concerto and gives the solo part to an instrument that, literally, has never had a solo role. The work takes what has become one of the quintessential 21st century sounds, that of the bass drum, and puts in a classical context. 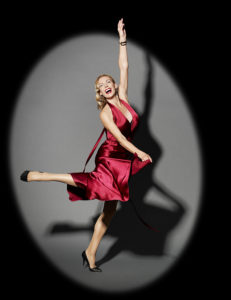 In Hong Kong, Prokofiev and The Timecrafters created a dialogue between classical and modern. The performances were held in the middle of Hong Kong at the Asia Society headquarters, and up in the northeastern New Territories, in the village of Sha Tau Kok San Tsuen, three-quarters of a mile from the China border.

German performer Ute Lemper also had a concert in Hong Kong, bringing her Berlin Night show to the new Tai Kwun Centre for Heritage and Arts in the middle of Hong Kong Central. The performance time was moved to 6 pm and the audience was treated to a trip back to edgy Berlin of the 1920s and ‘30s when Kurt Weill, Friedrich Hollaender, and Hanns Eisler set the sound (and the political commentary) in their music. 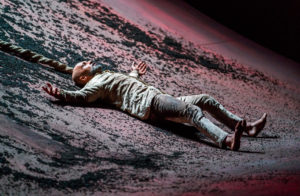 The dancer Akram Khan joined in the celebration of the 30th anniversary of the Hong Kong Cultural Centre by giving a solo performance of Xenos. Earlier in the year, the work had won the “Outstanding Achievement in Dance” at the 2019 Laurence Olivier Awards. The work’s story, that of the dream of a colonial Indian soldier stuck in no-man’s-land in WWI, caught an unfortunate echo of how many in Hong Kong were also feeling, caught between the protesters and the police at night. Khan says that Xenos will be his final solo work.

What was important for our travelers is that they not give into the urge to stay home. The arts, they felt, had to be there to provide the necessary counterpoint to the disorder everywhere else.

There has been a downside: some audience members can’t get to the venues because the public transportation system isn’t working in their area, or a venue is too close to the riot to be safe to attend. There have been some cancellations by mainland artists or groups who can’t get a visa into Hong Kong right now. On the positive side, Renée Fleming was performing with the Philharmonic last week, and non-government organizations, such as the Asia Society Hong Kong, have been successful in keeping to their schedules.

Accommodations were made: as a counter to the tear gas in Central, some places provided water and wet towels for washing off irritants. If you had to be on Hong Kong– or Kowloon-side for the morning, perhaps you took a hotel room near where you want to be in the morning, rather than waiting to see if the roads are open. But, for many people, it was important to show up and be seen and, above all, keep the arts active!