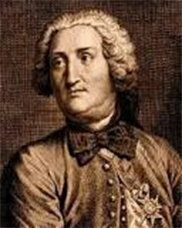 Our birthday boy this month is Louis Marchand (1669-1732), born 350 years ago in Lyons on 2 February 1669. By all accounts, he was a rather strange and disturbed character. Described as restless, cumbersome, self-conceited, and ambitious to the point of awkwardness, Marchand was apparently ready to trample underfoot everybody and everything to achieve his aims. His contemporaries called him “a bad husband, a bad father, and a bad man, emotionally unstable and always paranoid.” Marchand’s impulsive nature placed his career in repeated jeopardy, and even early biographers had difficulty to distinguish between fact and fiction. However, nobody failed to praise Marchand’s virtuosity at the keyboard or to mention his musical fame. Admiring crowds of musical groupies followed him around Paris, and even Rameau was a great admirer. It was observed, “While Couperin had more art and application, Marchand displayed a more naturally brilliant and spontaneous musicianship.” 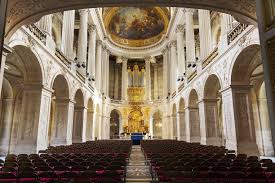 His father Jean Marchand was considered “a mediocre organist,” but the same could not be said of his son Louis. Évrard Titon du Tillet (1677-1762), best known for his important biographical chronicle of famous French poets and musicians under the reign of Louis XIV and the Régence, called him “le plus grand Organiste qu’il y ait jamais eu pour le toucher.” Louis Marchand undoubtedly possessed remarkable talents as he was appointed organist at Nevers Cathedral at the tender age of 14! Reports that he held the organist position at Auxerre at age 24 are unsubstantiated, as he had arrived in Paris by the age of 20 and was offered almost all of the vacant organist positions in the city. Official church records show that he was organist of the Jesuit church in rue St. Jacques by 1691, and that he subsequently acquired posts at St. Benoît and the Cordeliers. In 1703, he is mentioned in connection with St Honoré, but apparently he resigned from that position in 1707. One year later we find Marchand entering royal service, succeeding Guillaume-Gabriel Nivers as organist of the Royal Chapel. 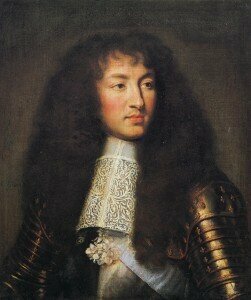 Unbelievably, Marchand’s reputation was such that he was not even required to compete for the royal vacancy. However, all was not well as Marchand’s abrasive personality soon produced a contentious working environment. Embroiled in legal squabbles with his ex-wife who demanded half of his earning, Marchand apparently only performed half of the royal mass at the chapel of Versailles in 1713. With the King present, Marchand left in the middle of the service loudly proclaiming that since he was paid only half of his salary, he was only obliged to do half the work. Louis XIV was not amused and issued an official reprimand, which Marchand tore up alongside some choice words of his own. His actions did reach the ears of the monarch, and Marchand was counseled to quickly go into exile to avoid harsh punishment. 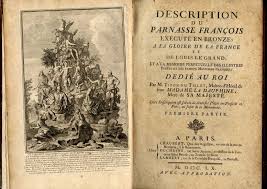 Marchand took his friends advice, and made an extensive tour of Germany in 1713. He played before the emperor and various electors, and his virtuosity earned him considerable success. Bach himself, is to have “played the works of Marchand with admirable lightness and artistry.” As I had previously reported on this portal, Marchand turned up at the Dresden court in September 1717 to engage in a musical duel with J.S. Bach. For various, primarily anecdotal reasons, that contest did not take place and Marchand returned to Paris to settle down to a confortable existence as a teacher. Mind you, he was the most expensive music teacher in the entire kingdom. He was taken in once again by the Cordeliers, whose organist he remained until his death on 17 February 1732. Marchand’s importance as a composer rests on his extant keyboard music. Regrettably, too little of his natural talent has actually survived. When it came to publishing, Marchand did not distinguish himself, but the pieces that have survived, “display an engaging asymmetry and freshness with all the charms of the French style at it’s best, though little of its potential depth.” Marchand’s lack of interest in publishing his music “is to be deeply regretted.”