We all have heard stories of how much Salieri and Mozart hated each other. Well, they really didn’t! Clearly they were competitors in the high-pressure, high-reward musical environment of Vienna with Salieri holding all the important government positions, but there is no evidence that their personal relationship was anything but cordial. In fact, Salieri actively promoted Mozart’s career. When he was appointed Kapellmeister in 1788, he revived Mozart’s Figaro instead of presenting a new opera of his own. For the coronation festivities for Leopold II in 1790, Salieri presented three Mozart masses, and a number of late works—including the Clarinet Quintet and the G-minor Symphony No. 40—were premiered at the suggestion of Salieri. It was primarily Leopold Mozart who stoked the fires of professional animosity between them. Mozart had applied to be the music teacher of Princess Elisabeth of Württemberg in 1781, but Salieri got the job. Leopold was incensed and wrote to his daughter Nannerl, “Salieri and his tribe will move heaven and earth to put us down.” 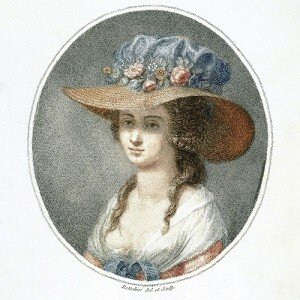 With all this emphasis on a supposed acrimonious relationship it might come as a surprise that Salieri and Mozart collaborated on a short piece of music. The reason for this musical partnership was the return to the stage of the exceptional Nancy Storace, an Anglo-Italian operatic soprano who had befriended Mozart, Haydn and Salieri. 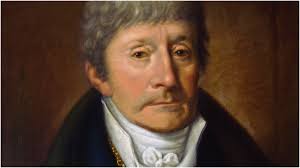 In fact, the role of “Susanna” in Mozart’s The Marriage of Figaro seemed to have been inspired by her “lively acting style.” Storace suffered a catastrophic failure of her voice on 1 June 1785. She was singing in a performance of her brother’s opera “Gli sposi malcontenti” (The unhappily married couple), when “in the middle of the first act, Storace all at once lost her voice, and could not utter a sound during the whole of the performance… She was not then prepared for the extent of her misfortune, for she did not recover her voice sufficiently to appear on stage for five months.” The temporary loss of her singing voice was probably caused by a nervous breakdown, and the premiere of Salieri’s opera “La grotto di Trofonio” in June 1785 had to be postponed.

Storace’s voice apparently never fully recovered, but to ease her transition back to the operatic stage, Salieri and Mozart wrote a solo cantata for soprano and fortepiano entitled “Per la ricuperata salute di Ofelia” (For the recovered health of Ophelia). The Vienna court poet Lorenzo Da Ponte penned a suitable libretto, and 3 different composers supplied the music. Salieri composed the pastoral first part, while Mozart wrote the march-like second. The concluding portion was written in pastoral style by “Cornetti,” which may refer to the vocal teacher and composer Alessandro Cornetti active in Vienna at that time. However, it might also be a pseudonym for Stephen Storace, Nancy’s composer brother,” who probably instigated this collaborative effort in honor of his famous sister in the first place.” 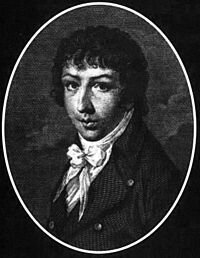 Storace returned to the stage in Giovanni Paisiello‘s opera “Il Re Teodoro in Venezia” on 19 September 1785, but it is unclear whether “Per la ricuperata salute die Ofelia” was ever performed in public or it was actually sung by Storace. We do know that the Viennese publisher Artaria offered the solo cantata for sale in the autumn of 1785. As such, it is actually surprising that the work was considered lost. It was only rediscovered in 2016 by musicologist Timo Jouko Herrmann in the archives of the Czech Museum of Music in Prague, who found a copy in a collection of music dedicated to the Salieri student Antonio Casimir Cartellieri. The modern-day premiere was performed on 3 March 2016, and critics found the story more exciting than the music. But that’s probably missing the point, as the work provides a small but important window into the social and musical conventions of late 18th century Vienna. And it certainly goes to show that both Salieri and Mozart were able to put aside any possible ill feelings for a common professional cause.