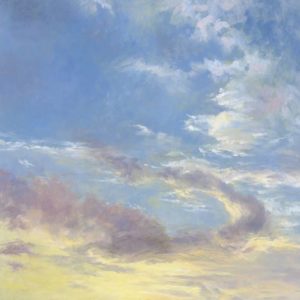 Don’t you just hate what this quarantine is doing to our feelings and our minds? Our thoughts are becoming like hungry vultures circling in ever-tighter spirals above the same depressing thoughts and disheartening feelings. It’s enough to drive you bonkers. To get rid of these feeling of helplessness and apprehension a very good friend suggested breathing exercises and meditation. The beauty of this simple practice is that it is available to all. And it certainly can reduce stress, increase calmness and clarity, and promote happiness. Meditation is more than sitting on a comfy cushion and letting your thoughts wander. And it is certainly not about trying to empty your mind, but good meditation practice involves paying close attention to the present moment, to your own thoughts, emotions and sensations. To help you reach that stage of deep relaxation, we’ve put together some music. So, please find a comfortable space, and take a deep breath. Get ready to relax with the timelessly floating clouds of Claude Debussy. 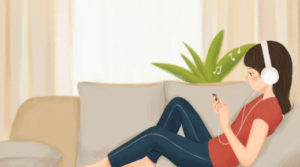 Mozart probably did not have meditation in mind when he wrote his Concerto for Flute and Harp. He had never written for this particular combination of instruments before, yet he skillfully balances the quiet solo instruments against the orchestral forces without drawing attention to the fact that he is doing so. Especially, the second movement with its light texture and floating dialogue between the flute and the harp produces an almost eternal and meditative sense of wellbeing and calm.


Jules Massenet placed his opera Thaïs in the time of the Roman occupation of Egypt. The Cenobite monk Athanaël is trying to convert the beautiful courtesan Thaïs to Christianity. He attempts to persuade her to leave her life of luxury and pleasure behind and find salvation through God. It is during this time of reflection that we hear the “Méditation” played by the orchestra. This ethereal symphonic intermezzo features a short introduction by the harps, quickly followed by the solo violin and eventually the orchestra. 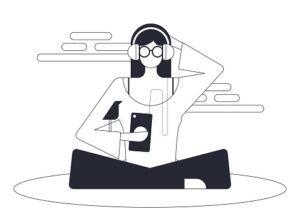 Johann Sebastian Bach was simply the best in writing slow, singing and very lyrical floating melodies; probably the most relaxing ever. And since he didn’t work in the field of opera, he placed his melodic inventions into the hands of various instruments, most notably the violin. And in one of his most famous work, he uses two violins. The Double Violin Concerto comes from Bach’s time as Director of the Collegium Musicum in Leipzig, and the “Siciliano” movement is a glorious meditation on the subtle yet highly expressive relationship between the two solo violins.


For Estonian-born composer Arvo Pärt, time and timelessness are connected. “They represent the instant and eternity struggling within us,” the composer tells us. Influenced by various strands of musical styles, his compositions acquire a deeply mystical character, to fulfill “a deep human need.” In many of his compositions Pärt creates a comfy blanket of sound through hypnotic repetitions based on simple harmonies. His musical message creates an aural rainbow of sounds, similar to light going through a prism. Since the music has a slightly different meaning for each listener, it creates a meditating spectrum of musical experiences.


The human voice has long been considered the quintessential musical instrument. Capable of producing an intricate array of sounds over an extended vocal range, the tone of the voice may be modulated to suggest a wide variety of emotions. And a variety of composers wrote short vocal exercises without words to improve vocal technique. Sergei Rachmaninoff composed and published his “Vocalise” in 1912, which may be sung without words by either soprano or tenor voice. However, the timeless beauty and calming effect of this melody has also been beautifully arranged for a whole host of instrumental combinations.


In some sense, meditation is the process of letting go in order to regain focus. For the violinist and composer Josef Suk, the Meditation on an Old Bohemian Chorale was a call for independence. Suk played second violin in the Bohemian String Quartet, and in 1914 the ensemble was obliged to perform the Austrian national anthem at the opening of every concert. Suk decided to supplement this obligatory piece with a work inspired by the ancient sacred Bohemian “St. Wenceslas” hymn. The hymn and resulting meditation was a plea for the well-being of the Czech people.


The set of three Tchaikovsky pieces for violin and piano entitled Souvenir d’un lieu cher emerged between March and May 1878. Originally, Tchaikovsky had intended this movement to become the second movement of his Violin Concerto, but he eventually changed his mind. The somewhat melancholy melody is set in the lower and darker range of the violin, but still incorporates some sparkling arabesques. After calm periods of contemplation and meditation, the movement delicately ends in the major mode. Stay healthy and in good spirit, and if at all possible, release your MOJO. You deserve it!