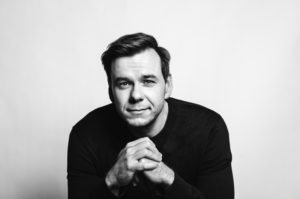 French tenor Benjamin Berheim talks to me from Zurich, where the COVID-19 outbreak is confining him for the immediate future. Previous to his confinement he was in Paris, performing Le chevalier des Grieux in Manon, a run that got cut short due to the escalating health crisis. Described as ‘…the major French lyric tenor the opera world is longing for’ by the Chicago Tribune, Benjamin has worked at some of the most prestigious opera houses and festivals all over the world.

What are you doing to stay sane in this uncertain times?

‘It’s a bit of an unknown time so I try to stay as philosophical as possible and take one day at a time. It’s also an opportunity to rebuild a lot of things. I follow diplomacy, I follow politics, I follow sports a lot and it seems like the world has to rethink its systems. Maybe it’s an opportunity for us to realise we can also plan things in a different way and that we were living in a way that was way too fast, which was not good for our health. However, we are also artists, and that means we do have to go over our limits sometimes, so it’s complicated.’ 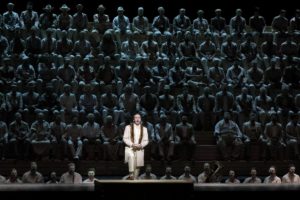 What is your opinion on the free opera streaming services being offered by Medici TV, the Met and others?

‘I think this is a fantastic opportunity, to broadcast and stream operas from these systems for free, so that people still get to go to the opera while staying at home. Manon has already been broadcast by three different channels, including Medici, which is a great way for people to discover opera.’

How do you continue to learn and develop as a singer today?

After Gary [Magby, Benjamin’s first teacher], the best professor I had was the stage itself: to go onstage, to go and sing, to not sing too many big roles too early on. It allowed me to develop a lot, sometimes taking more risks, sometimes fewer, but onstage is where I learned to build myself.’

‘After learning with Gary I don’t have lessons now. I have a coach, Carrie-Ann Matheson, and I work most of my repertoire with her, but technically it’s a journey that I’ve been taking on my own, using all the things I learned with Gary but also the things I learned by just being on stage with other singers.

‘Every singer has their own colour, and it is from there that you can begin to grow your own musical identity. We are all different – I strongly believe that there is no one way to sing, that there are as many techniques as there are singers.’

How would you advise others, especially younger singers, to build the confidence to follow their own path? 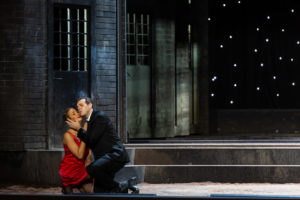 ‘When you are young it’s hard – you have to make all these choices very early on for your future, like where to study and who to study with, and you only realise years later whether or not they were the right choices to make. No matter what, the power always rests with us to change the direction of where we’re going – it’s also a journey with your own mind.

‘Someone told me once that experience is a candle that only lights the one who holds it, and I think this is so true. It is very difficult today, in the days of social media, when big stars, singers, conductors, give their opinion and you follow it, thinking what worked for them must work for you, but the thing is we all have to go through our own experiences and failures. I had to fail a lot of times, but I had the luck to fail at the right time to rebuild myself at the right time.

‘It can be a depressing time, but it can be an opportunity to learn and build on yourself.’ 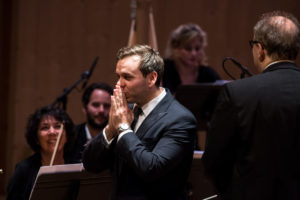 ‘Because of the confinement, I finally have a lot of time to read all the emails I didn’t read correctly at first, and it’s also a fantastic occasion to discover lots of things on Netflix and Amazon Prime, and to reconnect with some people that I’ve been disconnected from. In general, I try to spend as much time as possible with my daughter in Zurich and make the best out of my career when I’m on the road. I’m just following a purpose and a meaning, and so it’s hard when I have a lot of time off. After ten days of not singing it feels like I need to be back in the ring.

‘I get that food, healthcare, banks, insurance and all those things are crucial, but we shouldn’t forget that art is what makes people feel alive every day.’