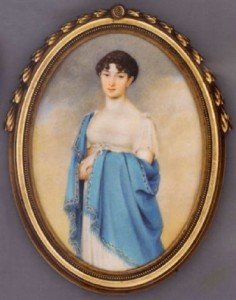 On Sunday Afternoons between1833 and 1835, Frédéric Chopin frequently made his way to 107 rue Saint-Dominique in Paris. His destination was the Hotel de Monaco, sometimes called the Hôtel d’Eckmühl, which functioned as the home of the Austrian ambassador to Paris. He explicitly went there to visit the Countess Apponyi, wife of the Austrian ambassador. Nicknamed “the divine Therese,” the Comtesse hosted lavish salons at the embassy, and she soon became one of the most prominent hostesses in Paris. Every Monday evening, she opened her mansion for polite conversation, and on Sunday afternoons she sponsored concerts where various artists, including Chopin and Rossini, engaged in musical performances. Famously, during inclement weather, she held these musicales in her large, flower-filled greenhouse. Chopin rather enjoyed his Sunday afternoons in the Countess’s urban setting as he was sure to encounter a bevy of attractive and wealthy women who, having ample time and money, were willing to pay handsome fees for the privilege of taking piano lessons from this young, elegant and charming musical genius. 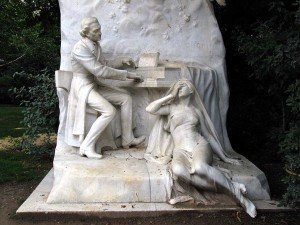 Chopin and his Muse

As you might have rightly guessed, the divine Therese was also one of Chopin’s students, and her salon, normally held in two large galleries located in the attic, became a most favorite performing venue. Comtesse Apponyi adored music, and as an amateur she once sang at the Imperial Theater in Vienna. An eyewitness report, “how glorious, first Rossini and then Chopin at the piano, and later Tamburini, Rubini and Mademoiselle Ginka Grisi singing.” However, the Apponyi salon was also of political importance. For the first time since the July Revolution, the opposition could once again meet in public. “We were all surprised to find ourselves in a meeting of such good company,” an anonymous guest wrote, “with everyone on the same political side.” Chopin was mightily impressed by having been finally introduced “to the elevated world of Ambassadors, Princes and Ministers.” There can be no doubt that the Parisian career of Chopin—some would say his entire musical career—was launched at the salon Apponyi! Naturally, Therese Apponyi was well connected, and one of her frequent guests was Madame de Vaudémont. Her husband’s great-uncle was the Emperor of Austria, and she was ever so willing to take Chopin under her wing. When she learned of Chopin’s death, it is said that she cried for the first time in her life! 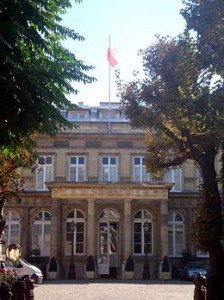 Chopin’s performance at the Apponyi salon elicited the following description by Ms. Girardin, a passionate admirer of his art. “He played intimate music, serious, like we love. He is not a virtuoso who just plays and disappears; he is an artist endowed with so much talent! As admirers we harass him to a play our favorite tunes over and over again, and he full of grace, generously repeats these beloved phrases.” Chopin became the center of a circle of female admirer who developed a great passion for music. Sometimes they would become his lovers, but all wanted to take piano lessons from him in order to get a glimpse into the highly expressive world of his music. Chopin openly thanked Comtesse Apponyi for her hospitality by dedicating the set of Op. 27 Nocturnes to her. Published in May 1836, these jewels of craftsmanship feature “uniquely delicate and seductive sonorities, extraordinary bel canto elaborations of melody, rich harmonic subtlety and Classical proportions.”