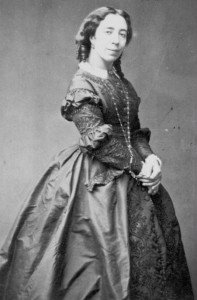 Located in the southern part of the historical province of Berry, south of the Loire Valley and west of Burgundy lies a region of gentle hills. And the village of Nohant, in the département of the Indre housed the family château of George Sand. For seven years, between 1839 and 1846, Nohant became the summer retreat of Frédéric Chopin and George Sand. And while Sand penned her most famous novel and plays, Chopin composed a substantial number of piano works, everything from the Third Sonata to the last of the Grand Polonaises, at that location. And it was only natural that the happy couple should entertain the most famous artists of the time, including Franz Liszt, the writers Honoré de Balzac and Gustave Flaubert, and the painter Eugène Delacroix. And one of the most admired and frequent guests was the celebrated mezzo-soprano Pauline Viardot.

Viardot and Chopin soon developed a devoted friendship, based on mutual artistic respect and affinity of temperament. And as it turned out, this friendship happened to be one of mutual artistic benefit to all. Viardot was an outstanding pianist, and during her visits to Nohant she regularly played duets with Chopin. She also studied his works under the composer’s tutelage! He gave her advice on her piano playing, and her vocal compositions. In turn, Chopin gained firsthand knowledge about Spanish music, and through here developed a keener understanding and appreciation of the human voice as a musical instrument. Viardot was fascinated by the Polish language, and in due course would give performances of Chopin songs in their original Polish version. In addition, fascinated by Chopin mazurkas, Viardot arranged a selection of these for voice and piano. Chopin not only approved the project, he even assisted her in putting together a cycle of twelve mazurkas with French text by Louis Pomey. 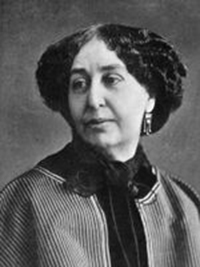 The Chopin mazurka transcriptions originated at Nohant, during Viardot’s visits with her husband Louis in the summers of 1841-43 and 1845-46. These summer holidays were the perfect setting for studying music during the day and organizing salon concerts in the evening. In her transcriptions, Viardot adopted Chopin’s original melody and supplemented it with her own motivic ornamentation when necessary. She also interspersed individual sections of the mazurkas with her own improvised cadenzas. In order to fit the sentiments of Pomey’s text with the drama of Chopin’s music, Viardot frequently combined sections from different mazurkas. The result is a charming cycle of works that blend the Polish flavor of Chopin’s mazurkas with the vocal elements and refinements of a seasoned singer and performer. Chopin and Viardot publically performed the set in Paris, and also during the composer’s last public appearance in London. Following Chopin’s death, Viardot also performed her transcriptions with Franz Liszt in Weimar.

Pauline Viardot: L’oiselet (after Chopin’s Mazurka No. 47 in A Minor, Op. 68, No. 2)
In 1847 the relationship between Sand and Chopin come to an abrupt end. The cause of the breakup is still hotly debated, but Sand writes on 28 July, “Goodbye, my friend. May you soon be cured of all your ills, as I hope that now you may be… If you are, I will offer thanks to God for this fantastic ending of a friendship, which has, for nine years, absorbed both of us. Send me your news from time to time. It is useless to think that things can ever again be the same between us…” Viardot tried to mediate the separation and get the two back together again. In November 1847, Pauline writes to George, “There is in your letter another passage which I simply cannot pass over in silence – the one in which you say that Chopin belongs to Solange’s clique, which makes her out a victim and runs you down. That is absolutely false. I swear it is, at least so far as he is concerned. On the contrary, this dear and excellent friend is filled with and afflicted by a single thought – the harm that this wretched affair must have done, and is still doing, to you. I have not found him changed in the slightest degree – he is still as kind, as devoted, as ever – adoring you as he always has, rejoicing with your joy, grieving only over your grief’s.” 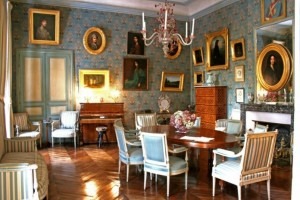 Pauline’s attempt at bringing Chopin and Sand back together did not succeed, and merely 2 years later Chopin was dead. Pauline writes to Sand, “I was so grieved by the death of poor little Chopin that I didn’t know where to start my letter. I am sure that you have also been similarly distressed, and that had you known that his end was so near you would have gone to press his hand one last time. I came to know of his death from strangers who had come to ask me very formally to participate in a Requiem, which was to be given at the Madeleine for Chopin. It is then that I realized how deep my affection was for him… He was a noble soul.” George Sands did not attend Chopin’s funeral on October 30, 1849, however, Pauline incognito sang in the “Tuba mirum” movement of Mozart’s Requiem.