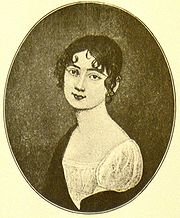 At the tender age of 16, Antonie Adamberger was already one of the biggest stars on the Viennese theatrical stage. Tall, slender, gorgeous, and certainly highly talented, she gave her debut on New Year’s Day 1807 at the Burgtheater, and was immediately engaged as a Court Actress. Highly acclaimed in both sentimental and tragic roles, she quickly became the darling of the Viennese public. Acting was certainly in her blood, as her late father Valentin Adamberger was an operatic tenor, whose voice was universally admired for its agility and precision. In fact, Wolfgang Amadeus Mozart wrote the part of Belmonte in The Abduction from the Seraglio for him. Mozart writes to his father Leopold, “Let me now turn to Belmonte’s aria in A major, ‘O wie ängstlich, o wie feurig.’ Would you like to know how I have expressed it, and even indicated his throbbing heart? By the two violins playing in octaves! This is the favorite aria of all who have heard it, and it is mine also. I wrote it expressly to suit Adamberger’s voice. You see the trembling, the faltering, you see how his throbbing breast begins to swell; this I have expressed by a crescendo. You hear the whispering and the sighing, which I have indicated by the first violins with mutes and a flute playing in unison.” 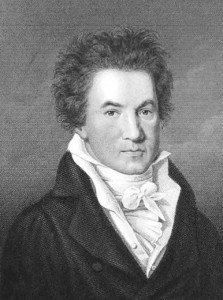 In 1810, Antonie Adamberger was rehearsing the role of Klärchen in Johann Wolfgang von Goethe’s play Egmont. Count Egmont, immortalized in Goethe’s tragedy of 1788, was an actual historical figure. In his struggle for Dutch liberty against the autocratic imperial rule of Spain, he pleads for tolerance from the Spanish King. Philip II of Spain is not amused, and dispatches the ruthless Duke of Alva and his troops to maintain order and loyalty to the Spanish throne. Although Egmont cannot bring himself to join the military insurrection against the Duke of Alba, he is eventually arrested, imprisoned and sentenced to death. When his mistress Klärchen fails to free him, she poisons herself and commits suicide. Before his own death, Egmont delivers a rousing speech and his execution becomes a victorious martyrdom in a fight against oppression. He dies in the knowledge that the rebellion is in progress, and that his people will be free.

When Ludwig van Beethoven was commissioned to compose incidental music for the play, he eagerly jumped at the opportunity. Since heroism was close to Beethoven’s own personality, he strongly identified with individuals who dared to rebel against repressive forces. 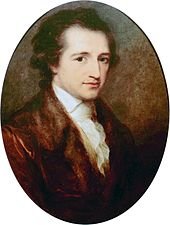 Beethoven’s music for the play Egmont, which he wrote between October 1809 and June 1810, consists not only of the frequently performed overture. It also features a sequence of nine pieces for soprano, male narrator and full symphony orchestra. And Beethoven composed his two songs for Klärchen specifically with Antonie Adamberger in mind. She would later recall her collaboration with him. With this actress noted for her beauty as much as her talent, Beethoven appears to have been in his most charming mood. “Can you sing?” he asked when she was brought to him. “No!” she said. Beethoven laughed. “No? But I’m supposed to compose the songs in Egmont for you!” She told him she had tried singing for a while but gave it up because it made her hoarse. “That’ll be a fine how’d-you-do,” Beethoven said jovially in his best Viennese dialect. He rummaged through the music on the piano and found something for her to sing as he accompanied. Pleased at what he heard, with a kind look he stroked her forehead and said, “Very well, now I know.” Three days later he returned with the songs she had inspired and taught them to her. Finally he decreed, “There, that’s right. So, so that’s the way, sing it thus, don’t let anybody persuade you to do it differently, and see that you don’t put any ornaments in it.”

The play, including Beethoven’s music was first performed on 15 June 1810, and Antonie Adamberger’s performance was greeted with high praise. Goethe realized his dream of staging Egmont in Weimar with Beethoven’s incidental music in 1814. He enthusiastically wrote, “Beethoven has expressed my intentions with remarkable genius and done wonders matching music to text.” I suppose he should have thanked Antonie Adamberger as well, don’t you think?