We all know that Wolfgang Amadeus Mozart did a lot of traveling. In fact, it has been calculated that he spent over 10 years, roughly one third of his short life on the road. Mozart visited ten countries and more than 200 places and cities for the purpose of study and education, and for establishing contacts with other musicians. 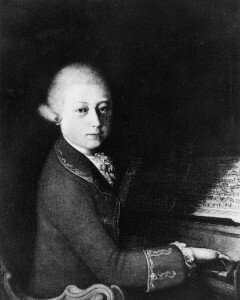 Organized by his father Leopold, Wolfgang was learning about other schools of thoughts and musical styles, and he was always on the lookout for employment. However, traveling in the 18th century was not all together easy. Accommodations were decidedly poor, and hygiene was often beyond description. Robbers lurked in the Italian bushes, and the distance between individual stages was roughly 25 kilometers, necessitating up to 5 hours of travel. Carriages and wagons all too frequently became stuck in the mud and on primitive roads, and accidents happened with some regularity. 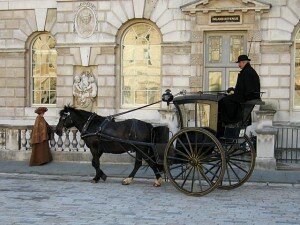 Leopold Mozart described one such unfortunate accident, which occurred on their way to Rome in 1770. He writes to his worried wife, starting with a famous proverb, “You know that two horses and a postilion are equal to three beasts!” He then continues, “During the last stage to Rome the postilion kept on lashing the horse, which was between the shafts and therefore supporting the sedia. Finally the horse reared, stuck fast in the sand and dirt which was more than half a foot deep, and fell heavily on one side, pulling down with him the front of the two-wheeled coach. I held back Wolfgang with one hand, so that he should not be hurled out; but the plunge forward pulled my right foot so violently to the center bar of the falling dashboard that half the shinbone of my right leg was gashed to the width of a finger. On the following day my injury seemed rather serious, as my foot was very much swollen; and I have spent the greater part of yesterday and today in bed.” An injury like that always brought with it the danger of infection, and Leopold copiously applied “white ointment.” Fortunately, his wound healed without complications, and Wolfgang was entirely unharmed.