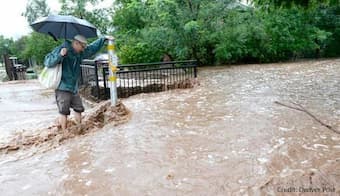 For a year when so many of us limited our social activities to things that were local, the only real travel news that made an international hit was Billionaires in Space! Why use your fortune for good when you can use it for going to space? Mind you, it wasn’t real space, such as we expect from Star Trek and the final frontier, but it was safe space. Space that you’re guaranteed to get down from. Boasting rights and dinner at home that same evening – for that, we need music for a toy piano and a thumb piano. They are like a piano, but not quite. I think there’s an analogy.


Much of the world seemed consumed in fire and flood–rising rivers, overheated mountains, unusual monsoons, unexpected heat waves–everyone seemed to be getting weather other people usually got and at the wrong time of year, too. We can go to Australia, the home of extreme weather for the apposite music. Written originally as a promenade piece, played through the streets of Lismore, New South Wales, in Australia, composer and soundscape artists Michael Hannan started his piece with the sound of flowing water (pleasant at first, then ominous as it just doesn’t stop) and the bird and frog calls signalling an approaching rain storm.


The fires of the summer, added to the unprecedented heat levels, made one think that all the world was aflame. People were also aflame – burned out by months of non-stop meetings online, never quite escaping work, becoming de facto home schooling experts – and so we look to Lithuanian composer Raminta Šerkšnyte’s work Fires. The second con brio movement takes its inspiration from the famed 4-note motif of Beethoven’s 5th Symphony but made the end to a burning, glowing work. The composer said she ‘imagined the many strange noises that one hears when one begins to stop hearing altogether.’ 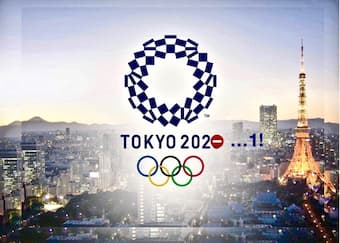 Full praise to Tokyo for successfully pulling off the 2020 2021 Olympics. Around the world, athletes were poised to compete, and they were finally able to make their mark. Many composers have written for the Olympics, including Richard Strauss, Leonard Bernstein, Michael Torke, Philip Glass, John Williams, and even Freddie Mercury. It is John Williams’ music, though, that symbolizes the Olympic sound for the US. However, he only wrote the second half of it. The first half takes a fanfare written by Joseph-David Buhl (1781-1860) for Napoleon in the early 19th century, arranged in 1958 by French-American film composer Leo Arnaud as the opening of The Charge Suite and first used for the 1964 Olympics that is the opening of Williams’ work. 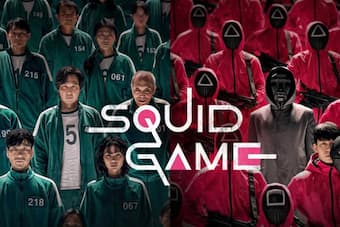 The ultraviolent Netflix series The Squid Game captured the world’s eyes. In one sense a vicious game based on otherwise normal children’s games, in another sense it was a condemnation of the inequality of the global economic order. In the Covid world, this has meant that wealthy countries have the ability to say no to a vaccine that the poor countries can’t even get their hands on. The players in the game are there because of their debt burden – how far are they willing to go to clear that and at what cost – and we’re in the omicron crisis because of our covid burden.


For those who were fortunate enough to get their two vaccine shots, at the six-month window came….The Booster! Just in case, to keep things in a preventative mode, get a booster and keep the protection going! American composer Mayhew Lake (1879-1955) cheers us on with this cheery march.


We can’t find any music to represent the last highlight of 2021 – the onset of NFT. No, it’s not a new disease, a new storm, or any of the other dangers we’ve been facing down but stands for a Non-Fungible Token, a unique and non-interchangeable unit of data. Music is more than the unit of data you download – it’s sound, it’s memories, it’s all the things that set our world dancing.