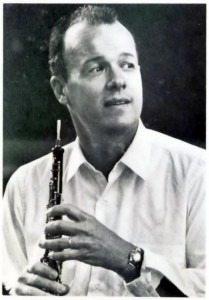 The aftermath of World War II not only left a trail of unspeakable devastation and economic hardship for the German people, it also saw much of the country occupied by Allied forces. Divided into four military occupation zones for administrative purposes, the U.S. occupying forces quickly established a strictly enforced non-fraternization policy. This policy prohibited servicemen from speaking with children, forbade marriage between U.S. soldiers and German women, and only allowed for conversations with German adults under special circumstances. Fortunately, Sergeant John de Lancie—eventually becoming the principal oboist of the Philadelphia Orchestra—gleefully ignored the instructions of the U.S Army. Stationed in the village of Garmisch-Partenkirchen—picturesquely located in the Bavarian Alps—de Lancie frequently visited the home of Richard Strauss. Apparently intrigued by de Lancie’s suggestion of writing a concerto for oboe and orchestra, the elderly composer swiftly set to work, and the finished composition was premiered in Zurich, on February 26, 1946. 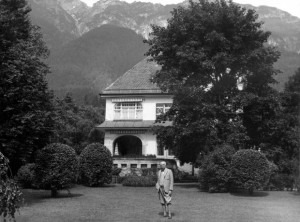 Cast in a traditional three-movement layout, and economically scored for a relatively small orchestra, the Oboe Concerto represents one of the most significant additions to the oboe literature in the 20th century. The opening “Allegro moderato,” featuring the interplay of oboe, solo flute and clarinet, is indebted to chamber music. From the very beginning, Strauss is not particularly interested in a highly virtuosic display but focuses on the lyrical qualities of the solo oboe. A lush string interlude introduces the musical contrast and thematic extension and the movement quietly concludes with the opening pensive string gesture. For his “Andante” movement, Strauss references the meditative moods of his late operas. The pensive string gesture once again serves as the accompaniment for a highly lyrical melody, seamlessly flowing into various registers. Supported by a diatonic harmonic language that features delicious chromatic inflections, the movement has an essentially elegiac and nostalgic character. A joyous cadenza, supported by punctuating chords in the strings provides the transition to the concluding “Vivace-Allegro.” Reminiscent of Strauss’s tone poems and featuring a virtuoso and playful solo part, the music bubbles with youthful exuberance and playfulness. Finally, a mournful cadenza initiates a brief melancholy contrast, before humorous horn calls provide an amusing conclusion.