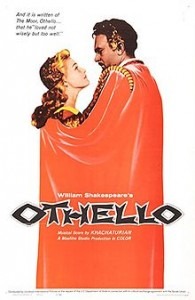 One of the most popular composers of the Soviet period of Russian history, Aram Khachaturian combined the folk music of his native Armenia with the more formal aspects of the Russian musical tradition. “I grew up in an atmosphere rich in folk music,” explains Khachaturian, “popular festivities, rites, joyous and sad events in the life of the people always accompanied by music, the vivid tunes of Armenian, Azerbaijani and Georgian songs and dances performed by folk bards and musicians. These impressions shaped my musical consciousness and lay at the foundations of my artistic personality. Whatever the changes and improvements that took place in my musical taste in later years, their original substance, formed in early childhood in close communion with the people, has always remained the natural soil nourishing all my work.” Although primarily known for his famous “Sabre Dance” from the ballet Gayane, which easily crossed over into the popular music realm, Khachaturian initially made his name as the composer of the first Armenian ballet music, symphony, concerto, and film score. In fact, Khachaturian would produce 25 scores for major films. His contribution to the cinema began in 1934 with music for Pepo, the first Armenian sound film. Until 1960, he wrote principally for Mosfilm, and his scores were arranged for band, voice, piano or chorus. His score of The Battle of Stalingrad won the Stalin Prize in 1950, and Othello—in the famous translation by Boris Pasternak—was one of three Russian films inspired by Shakespeare. Composed in 1955, the music for Othello was subsequently combined into an eleven-part suite. Apparently, the “official” version of the suite does not chronologically follow the events in the film. Regardless, the music reveals the full canvas of Khachaturian’s cinematic imagination.