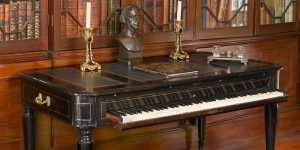 Alex Cobbe’s piano collection at Hatchlands Park has one massive square piano that was immensely practical to its two composer owners.

How do composers compose? We’re familiar with the images from movies, the composer with one hand on the keyboard and the other, pencil poised, over the music paper. In this picture of Cole Porter, we can see the advantage of being left-handed! 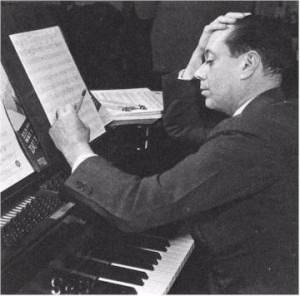 Cole Porter, composing at the piano

Nonetheless, composers with means and connections could have their needs accommodated. The French composer Fromental Halévy commissioned the French piano maker Roller to make him a piano that combined the keyboard with a desk. The top of his square piano has three leather-covered sections, as was common for desks at the time, placed at a height convenient for writing. Notice that the keyboard slides back into the instrument when not needed. Notice also the handles on the side of the case to help when moving the heavy instrument / piece of furniture around. 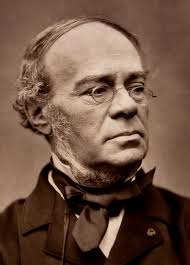 Halévy (1799- 1862) had a successful late career as an opera composer, but all of his works, including his most famous, La Juive, have fallen out of the repertoire.

Halévy: La Juive, Act IV: Rachel, quand du Seigneur. (José Carreras, tenor; Vienna Philharmonic Orchestra; Herbert von Karajan, Conductor)
Upon Halévy’s death in 1862, his daughter, Geneviève, brought the piano to her husband, the composer Georges Bizet. Bizet had been a student of Halévy’s at the Paris Conservatoire. The piano remained in the Halévy family’s possession until its current owner purchased it.

When Bizet received this piano, he was only 24 and all of his major works, including The Pearl Fishers (1863), La jolie fille de Perth (1866), and, most importantly, Carmen (1873-74) all lay ahead of him to be composed on this instrument. 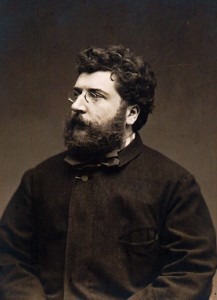 After the full opera version, it’s interesting to hear what Bizet would have heard on his own piano.

Listen as well to the Jeux d’enfants, a work for piano duet in 1871. With 4 hands on the keyboard, we can really see how good this piano was.

We hear a full sound, slightly unexpected in a piano of this format. Despite its specialized appearance, this piano was clearly everything these two important French composers, one now forgotten, could have wanted.