Opinion
An Admission of Failure?
by Frances Wilson February 3rd, 2019 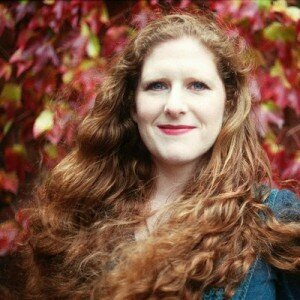 Why would a talented leading British composer include a document called a Failure CV on her website, alongside details of her extensive oeuvre and the many plaudits for her work?

British composer Cheryl Frances-Hoad is not alone in including such a document on her website. She prefaces it with the comment that “for every success I have, there are usually a LOT more failures that nobody ever gets to hear about”, and each entry in this Failure CV includes a note of how each project or submission turned out. On one level, it’s sobering reading – proof that composers (and musicians in general) must work hard and that success is often hard won. But it’s also rather inspiring and positive. Its honesty shows that Cheryl, and others like her, accept that a successful career path is paved with many setbacks and failures, and it reveals a certain confidence which seems far more genuine than a list of accolades, prizes and press reviews.

Lyric Piece: Contemplation
The more usual kind of CV lists successes only, but this does not represent the bulk of one’s efforts. Nor does it acknowledge that failure is a necessary part of progress and without it, one cannot reflect on nor learn from those failures. 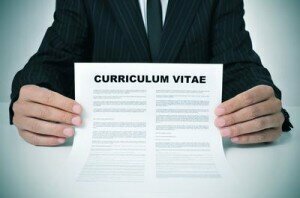 A composer can “hide” their failures. They need not mention the rejected funding applications nor the works which never got commissioned. A performing musician, however, exposes himself to criticism in the very public forum of a live concert and errors will be remarked upon by audiences and critics. As musicians, failure can have a very profound effect on how we approach our music making and professional career. It can create feelings of personal humiliation which in turn may stifle our ability to learn and develop. Sadly for many of us, the “wrongness” of making mistakes is inculcated in us from a young age – by parents, teachers, and peers – and such prejudices combined with a constricted mindset lead us to blame and criticise ourselves for our failings.

In fact, mistakes and slips in concert are a very tiny part of the “setback-reflect-progress” habit of the serious musician, who regards mistakes as positive learning opportunities rather than unresolved failures. Failure is part of creativity and mastery, and without it we cannot learn, explore, experiment, expand our horizons, and progress.

It also fosters resilience and equips one with the tools to cope with the exigencies of one’s creative life. Being honest about failure is empowering, for oneself and for others, as it can help them deal with their own shortcomings and career setbacks and encourage them to stick to the task.

What Cheryl Frances-Hoad’s Failure CV so neatly proves is that failure – and a willingness to learn from it – is a fundamental part of success: without those setbacks, Cheryl may never have reached the pre-eminent position she now holds in classical music in the UK and beyond.