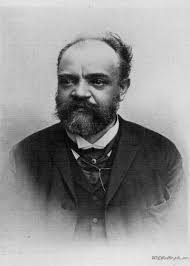 Antonín Dvořák celebrated his election to the Bohemian Academy of Science, Literature and Arts by composing a symphony. He worked on his 8th Symphony for almost 3 months at his summer resort in Bohemia, and he conducted the premiere in Prague on 2 February 1890. Immediately successful, Dvořák took his symphony on the road and conducted the work again in Frankfurt and in Cambridge the following year, one night before being awarded an honorary doctorate. When the conductor Hans Richter gave the first performances in Vienna and London, he wrote to the composer. “You would have enjoyed this performance very much. We all felt it is a great work therefore we all were enthusiastic. The applause was warm and cordial.” 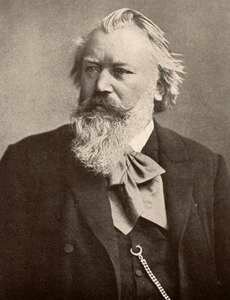 However, not everybody was so enthusiastic. Johannes Brahms had the following choice words to say about Dvořák’s Eight Symphony – “There is too much that’s fragmentary, incidental, loiters about in the piece. Everything is fine, musically captivating and beautiful—but there are no main points! Especially in the first movement, the result is not proper. But what a charming musician! When one says of Dvořák that he fails to achieve anything great and comprehensive with his pure, individual ideas, this is certainly correct.” 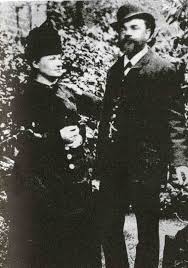 Antonín and Anna Dvořák in London

Despite this rather devastating assessment, Brahms did have a long personal friendship with Dvořák. However, much of the way we see Dvořák today is conditioned by his friendship with Brahms. Foremost is the notion of him being a Czech nationalist, his music originating from a century-long pattern of stifled, distorted and dominated Czech culture, both by armies and ideas. Dvořák was indeed nationalist in many respects, but to group all the Slavic Nations together as a kind of monolith alien to “Western” value is a mistake that was clearly pointed out in 1991 by the demise of the Soviet Union. A number of commentators have invested Dvořák’s celebratory Symphony No. 8 with nationalist laurels even though there is more pure nationalism in Brahms’s Triumphlied than in all of Dvořák.