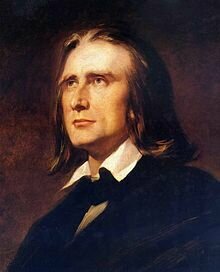 Franz Liszt’s flamboyant personality and colorful pianistic mannerisms frequently detract from the fact that he was a highly gifted composer. What’s more, he was instrumental in establishing the intellectual foundations for a musical form that derives its movement and its logic from the subject it attempts to describe. Rather than adhering to formal and structural musical components and procedures, the “symphonic poem” relies on literary and other non-musical sources to provide the narrative foundations for a single-movement orchestral work. The content and form may be suggested by a picture, play, poem or personality, but the subject is converted into music without specific reference to the details of the original. In all, Liszt composed thirteen symphonic poems, with his most famous Les Préludes based on the poetic meditations of the French writer, poet and politician Alphonse de Lamartine. Lamartine’s lengthy ode describes the life of man from youthful love through the harsh realities of work and war, and the process of self-acceptance. Liszt explains the title of his musical analogy by quoting a single sentence from the poem itself: “What else is our life than a series of preludes to an unknown song whose first and solemn notes are intoned by death?” 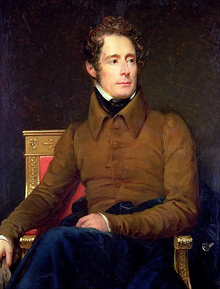 The work first sounded in Weimar on 23 February 1854 and quickly found some serious distractors. The Viennese Eduard Hanslick, staunchly believing in absolute music, denied that music was in any way a language that could express anything, and he mocked Liszt’s assertion that it could translate concrete ideas or assertions. Early performances in the United States in 1857 did not fare any better. A critic writes, “The poetry we listened for in vain. It was lost as it were in the smoke and stunning tumult of a battlefield. There were here and there brief, fleeting fragments of something delicate and sweet to ear and mind, but these were quickly swallowed up in one long, monotonous, fatiguing melée of convulsive, crashing, startling masses of tone, flung back and forth as if in rivalry from instrument to instrument. We must have been very stupid listeners…”