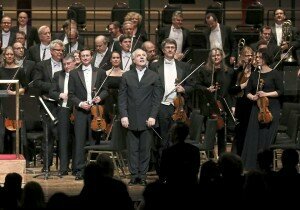 Anyone in the field of the performing arts knows that first impressions are important. After all, as soon as performers walk onstage, even before the performance begins, audiences are bound to form some opinion on how likeable they are. Dancers and actors certainly have to dress the part, depending on the theme of their show or performance. For classical musicians, the subject of what is appropriate attire has been discussed a lot recently, and seems to be a sensitive subject of late.

Female musicians used to dress themselves conservatively, traditionally wearing long evening gowns sporting a modest neckline. Recently though, some musicians appear to be rebelling against this demure image and are choosing to wear dresses that are much more revealing, perhaps to paint a sexier image. As much as I feel artists and musicians should not be judged by what they wear onstage, I do think that attire should be complementary and not be a means of making a statement when it comes to classical music. This is because performers are interpreters and not the original creators; they are only part of the artwork per se, even though they do play a fundamental role in the audience’s enjoyment of the composer’s creation.

Traditionally, classical music concerts, especially opera performances, were formal events in which audiences also dressed up to show respect for the performers. However, as times have changed, concerts have become less formal, and audiences have been dressing down, leaving very few occasions for which there is still a formal dress code, such as the summer Glyndebourne Festival. But does that mean musicians should dress down or revamp their image?

I believe the key is to be respectful of audiences, who are effectively musicians’ patrons. Since audiences come from all sorts of backgrounds, I feel it is appropriate to be more cautious and less adventurous. I don’t mean that female musicians have to always wear gowns or dresses; they can be equally smartly dressed in trousers. However, I do think that wearing something too revealing is not necessarily suitable for the occasion, and it can be distracting or even detracting. After all, why create a controversial issue that has nothing to do with the music when a performance can otherwise be universally enjoyed?

As for chamber musicians, it is of paramount importance to present themselves visually as an ensemble – if they appear uncoordinated in terms of their attire, or if some members dress more ostentatiously than the others, it is hard to imagine them playing well together. Musicians are so concerned about coordinating bow strokes that they perhaps sometimes neglect what is even more obvious – what they wear – to audiences. 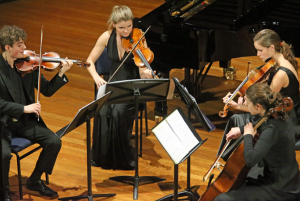 Another aspect of presentation that is unrelated to attire, is the way in which musicians communicate with each other and with the audience. I recently attended a string quartet concert that was highly enjoyable except for one factor – three of the players were completely immersed in their music-making and communicating beautifully with each other (albeit not with excessive movements) whereas one of them appeared to be shut off from this conversation and seemed to be playing for himself only. This was hugely disappointing to watch as one cannot help but wonder why this member of the ensemble seemed so stuck in his own world.

The final topic to touch on, as regards visual presentation, is body language. There are some musicians who display such exaggerated and unnatural physical pyrotechnics or who use overly indulgent techniques, which, in my humble opinion, make their performances unbearable to watch. The music should speak for itself, but these flamboyant, or self-indulgent, interpretations have no regard for the composers and their compositions. Perhaps this is a reflection of our increasingly narcissistic society. But, if not for composers and their music, where will instrumentalists, singers, and conductors be?