Composers Anecdotes
Les Apaches on the Loose!
by Maureen Buja May 13th, 2017 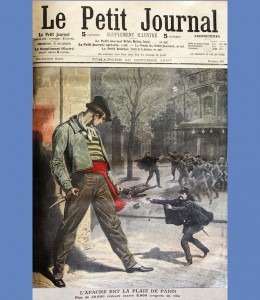 The other kind of Paris Apache, armed with his knife

In Paris at the turn of the 20th century, a group of musicians, artists, and writers formed a group that took its name from a popular term for Parisian street criminals: “Les Apaches” (The Apaches). 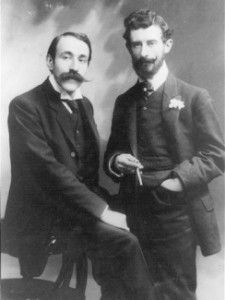 The Socété des Apaches formed around 1900 around the pianist Ricardo Viñes and included composers such as Ravel, de Falla, Florent Schmitt, and Stravinsky. Writers included the music critics Michel-Dimitri Calvocoressi and Émile Vuillermoz, and the poets Léon-Paul Fargue and Tristan Klingsor. The artists included the painter Edouard Bénédictus (who was also a composer) and set designer Paul Sordes. The publisher Lucien Garban was a member as was ‘Gomez de Riquet’ who was the group’s imaginary member. The membership in the group fluctuated, growing at times up to 25 members. Starting in 1903, they met every Saturday evening after all the concerts had ended. The need for a place to be noise free after hours led to the rental of an isolated house in south-west Paris. 3 rue de Civry in Autueil was to be the place of inspiration for Les Apaches.

The group loved Russian music and often made a practice of sight-reading it at their meetings. Their theme song was the first melody of Russian composer Borodin’s Second Symphony – they would whistle it to get each other’s attention after concerts and as the entry to the apartment in Autueil. 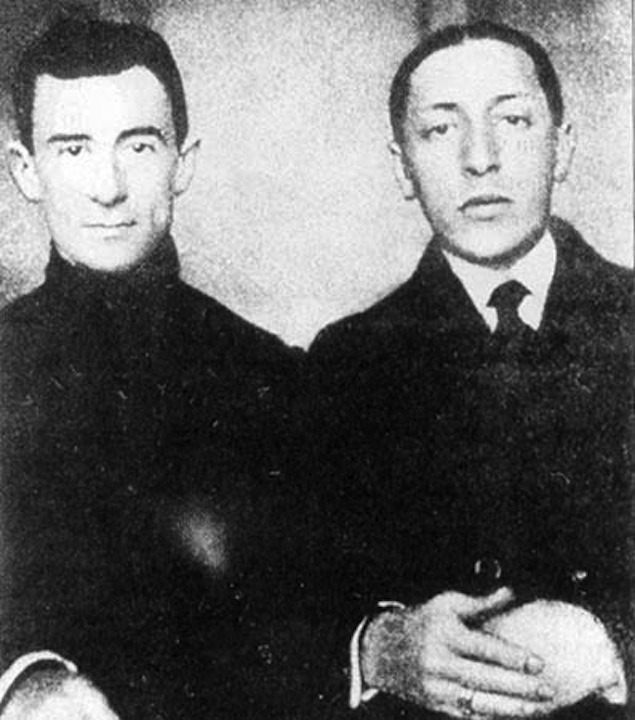 In keeping with their name from Paris’ underworld, this brooding and threatening theme was perfect for the group.

Ravel’s piano work Miroirs was dedicated to members of the group. The first piece, Noctuelles is dedicated to Léon-Paul Farque; Oiseaux tristes to Ricardo Viñes, Une barque sur l’océan to Paul Sordes, Alborada del gracioso to Michel D. Calvocoressi, and the final piece, La vallée des cloches to Maurice Delage. Each of the pieces brings new technical problems to the performer. One of the most demanding is Une barque sur l’océan, which has wide-spread arpeggios (the ocean), through which the melodic line (the boat) must make its way. 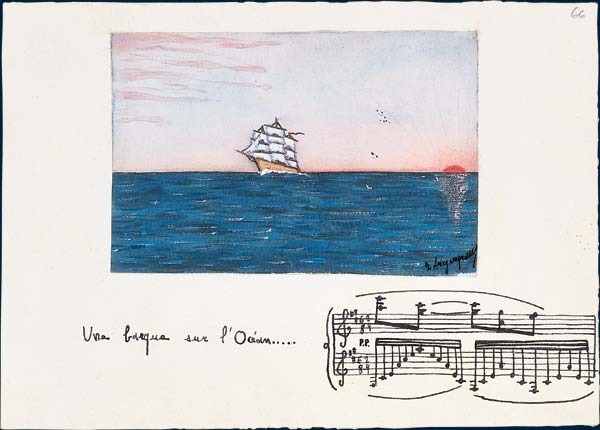 
Another work by an Apache that is dedicated to another Apache is by Maurice Delage dedicating a work to Paul Sordes. His vocal work Intermezzo sets a text by Heinrich Heine. 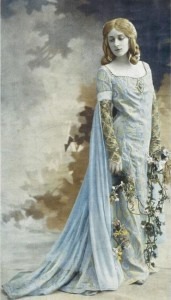 The most important role the Apaches played was that of supporting Debussy as he worked on his opera Pelléas and Mélisande. The opera broke all the moribund conventions of French grand opera and was controversial beginning with the dress rehearsals. The librettist, Maurice Maeterlinck, had promised the role of Mélisande to his companion, Georgette Leblanc, but a new English singer, Mary Garden, was given the role by Debussy. Maeterlinck was furious and it took Mme Debussy to dissuade Maeterlinck from attacking her husband with a cane. He also tried to take legal action to stop the opera. At the final dress rehearsal a salacious parody of the libretto was circulated to the audience, who then laughed at all the wrong times. Students at the Paris Conservatoire were forbidden to attend either the rehearsals or the performances, but ignored those strictures. Many French composers stood solidly behind Debussy: Satie abandoned his work, his own opera on the text, and fellow Apaches Florent Schmitt, Ravel and Viñes attended all 14 performances at the Opéra-Comique. Pelléas and Mélisande is now recognized as one of the significant 20th century operas.


The members of Les Apaches were important in making Paris the centre for the music of the new age for the new century.