In all, Leonard Bernstein composed twenty-nine musical vignettes that he published in four collections called Anniversaries. The final set, containing thirteen pieces, was written between 1964 and 1988, and published as 13 Anniversaries in 1989. As in his previous attempts, these pieces are simply designed, modestly scaled, and generally intimate. 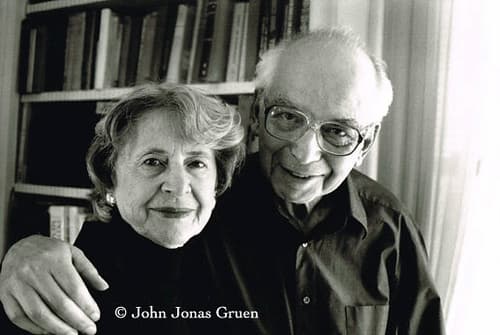 A scholar writes, “Bernstein’s art, often as extravagant and colorful as its creator, is distilled here to a purity that is at once disarming, genuine, and affecting.” The first miniature is dedicated to Shirley Gabis, whom the 22-year-old Bernstein had met at Curtis when she was 16. She became one of Bernstein’s closest and lifelong friends. In a letter to Shirley dated May 1941, Bernstein writes “Life, dear one, is hectic plus I really need your steadying hand on mine now. It’s amazing to look back & see that it really was a steadying hand.” Shirley Gabis later married composer George Perle, and Bernstein originally titled this miniature “Sarabande.” 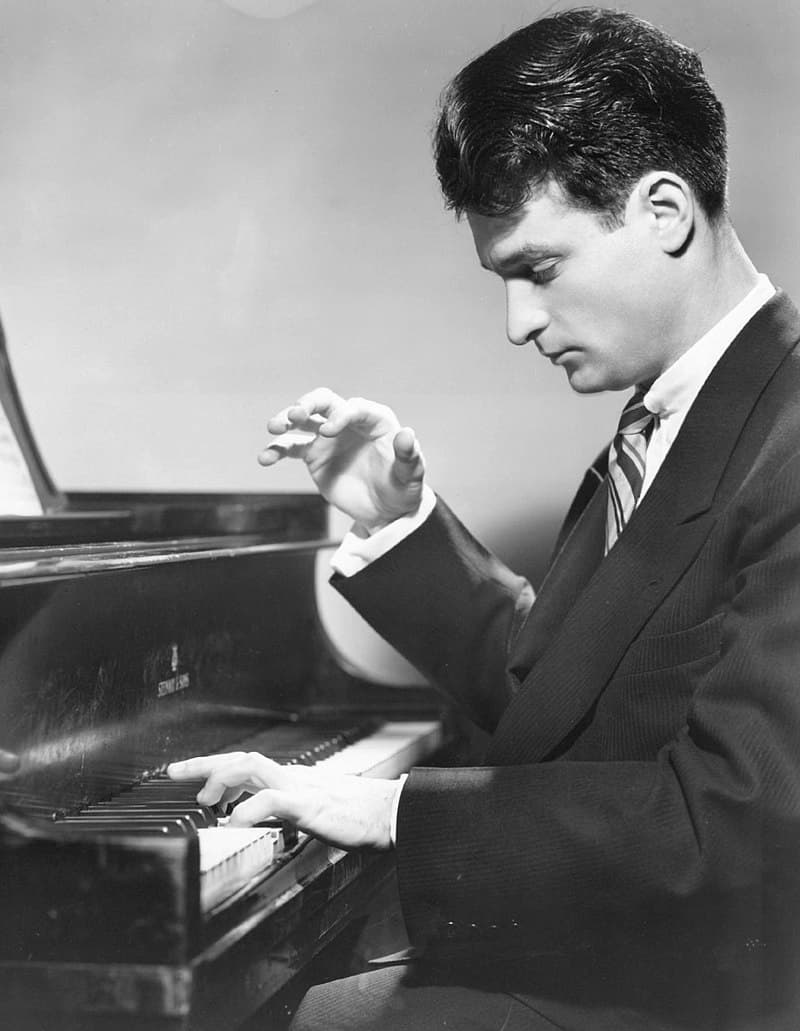 The Anniversary for Shirley Gabis Rhoads Perle was originally part of a composition entitled Moby Dyptich, composed for Tony Kuerti in 1981. It was subsequently transferred note-for-note into the miniature memorial. The same is true for the anniversary dedicated to the memory of pianist William Kapell. Leon Fleisher called Kapell “the greatest pianist talent that this country has ever produced.” Kapell tragically died in a plane accident upon returning to the United States from a concert tour of Australia. He had earned his nickname “Khachaturian Kapell” for his performances of the composer’s D-flat Piano Concerto. Bernstein’s miniature pays homage to Kapell’s virtuosity and stupendous technical gifts with an occasional nod to the music of Khachaturian. 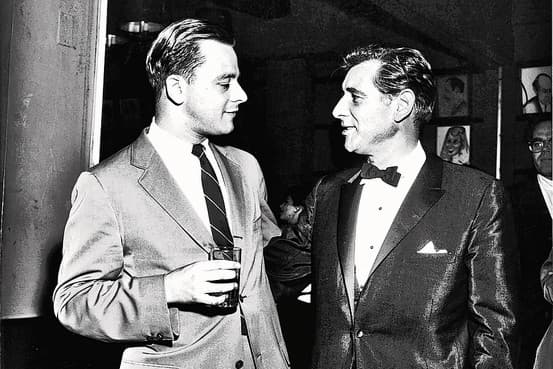 Leonard Bernstein and Stephen Sondheim have been called the “two most innovative figures of postwar American musical theater.” They first met in 1955 when Sondheim was hired to write lyrics for “West Side Story.” Sondheim called their collaboration “a delight in every way except for the lyrical result.” In fact, he claimed that his youthful insecurity prevented him from vetoing purplish diction and images that ended up in the show because Bernstein insisted on them. After the success of “West Side Story” Bernstein became a television pioneer while Sondheim remapped the frontiers of Times Square. Sondheim questioned why Bernstein had not ended the anniversary dedicated to him with a final G Major cadence and asked, “Is there a runic significance I missed?” Bernstein apparently replied, “Beats me.” 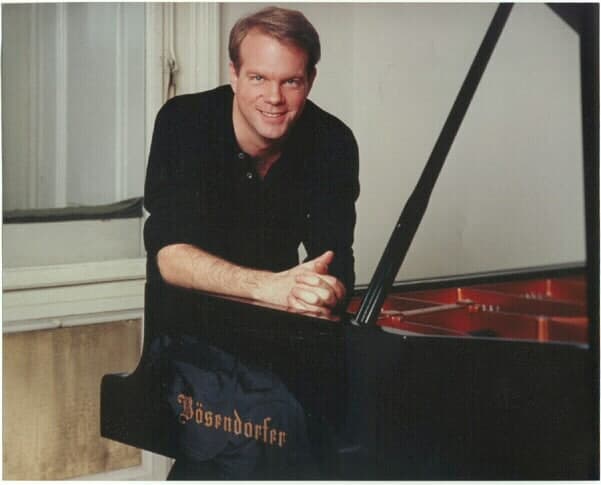 Craig Urquhart was the founder of the newsletter Prelude, Fugue & Riffs, and he served as an assistant to Bernstein from 1986 to 1990. Urquhart explains, “Lenny was famous for writing little pieces for his friends and colleagues for their birthdays, wedding anniversaries, these kinds of things. I wrote him a piece for his birthday in 1986, and on Thanksgiving of 1986, he called me into his studio and he played this piece of music for me. He said, “What do you think of this?” I said, “I think it’s delightful.” And he said, “Well, it’s for you.” The manuscript says, “For Craig with thanks.” There are two sides in the music. “There’s the sort of allegretto part, where I’m moving around because I’m working for him and my job is to keep things in order. And there are the little slow chordal moments that show the caring and the love… all this in, what, one minute? It was such a wonderful gift to receive from him.” 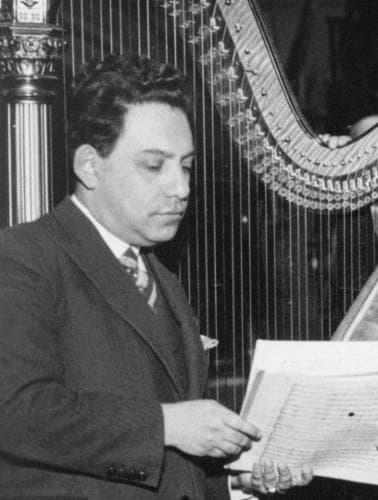 The composer, pianist, conductor, and educator Leo Smit enjoyed close working relationships and friendships with many prominent musicians of the 20th century, including Igor Stravinsky, William Schuman, Leopold Stokowksi, and Leonard Bernstein. He was “an enthusiastic and persuasive advocate and interpreter of the music of his time, especially the solo piano music of Aaron Copland.” An avid photographer, his compositions total more than one hundred works. Copland introduced Smit to Leonard Bernstein in 1943 at a Carnegie Hall concert where Smit was acting as a page-turner for Béla Bartók. Three years later, Smit was the soloist in performances of Copland’s Concerto for Piano and Orchestra with the New York City Symphony, conducted by Leonard Bernstein. As an editor, Smit created the two-piano reduction of Bernstein’s Age of Anxiety, and in turn, Anniversary No. 5 is dedicated to him. 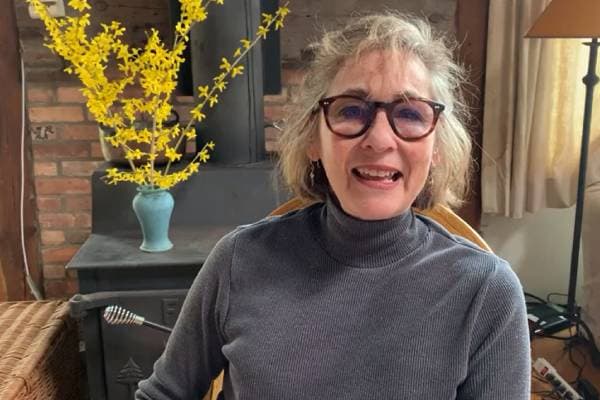 Leonard Bernstein’s youngest daughter Nina worked for several years as an actress with the American Repertory Theatre in Cambridge. Born on 28 February 1962, Nina was kept sheltered from “the turbulent relationship of her parents.” In later years, Nina turned her attention to tending to her late father’s legacy by making the Bernstein Archives digitally available to the public. Since 2008, Nina is working as a food educator in underserved communities, and her tribute is dated January 1986, shortly before her 24th birthday. The piece opens with a rising half step, which serves as a motto throughout for her name. 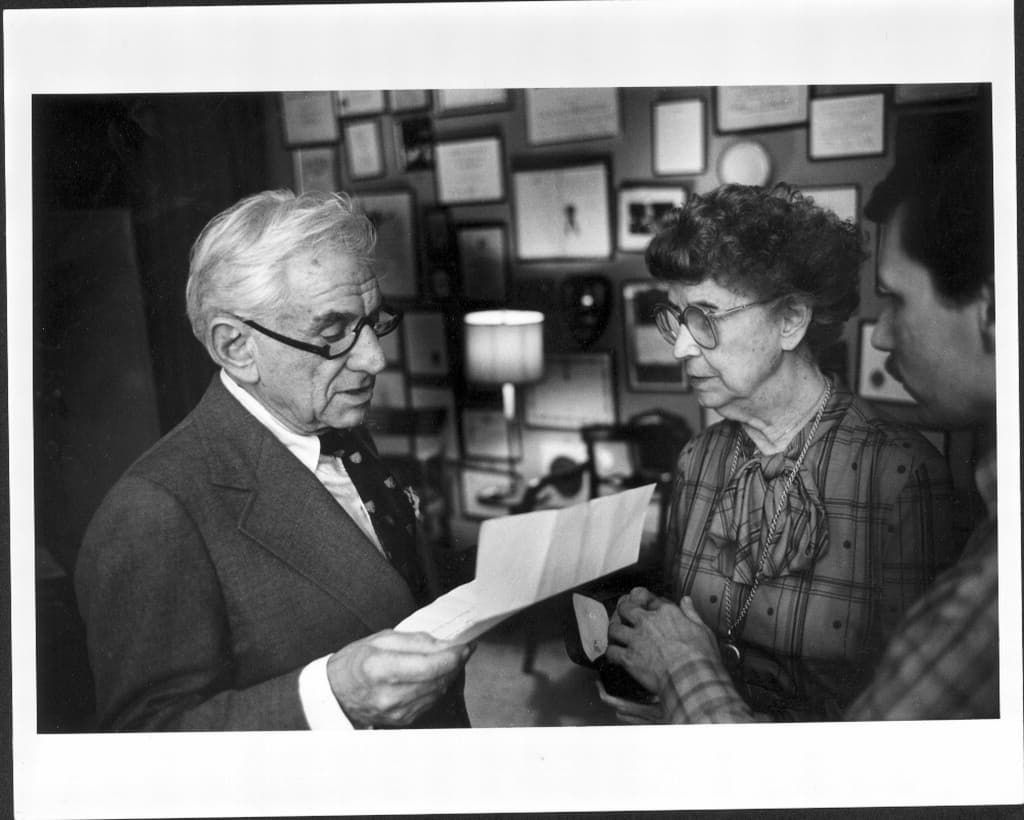 Helen Coates, Bernstein’s first piano teacher and loyal secretary for decades, is remembered in a moving elegy, which also served as “Meditation No. 1” in his Mass. Alongside his wife Montealegre, Coates is the only individual to have two Anniversaries dedicated to them, as both were already honored by movements in Four Anniversaries published in 1948. On 13 November 1968 Coates wrote to Bernstein, “Another milestone to celebrate today and one that changed the whole course of my life as well as yours. My heart is full of gratitude for all the joy and happiness these years with you have given me.” 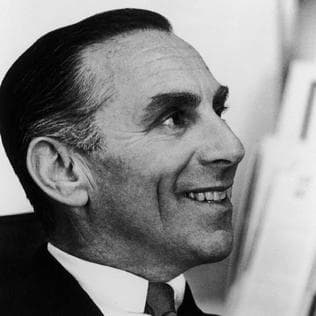 Leonard Bernstein was a prolific recording artist, and two anniversaries are connected to his work with Columbia Records. Goddard Lieberson produced the famous cast recording of “West Side Story.” As he wrote to Bernstein in astonishment, “Do you know that when you do a work like West Side Story you give a boost to everyone who spades around in the same field? It is kind of like knowing that those productive currents and vibrations are still in the air if you’ll only work and reach and not forget. So thanks for it.” Bernstein in turn dedicated a sprightly gavotte to this long-time producer and label head. 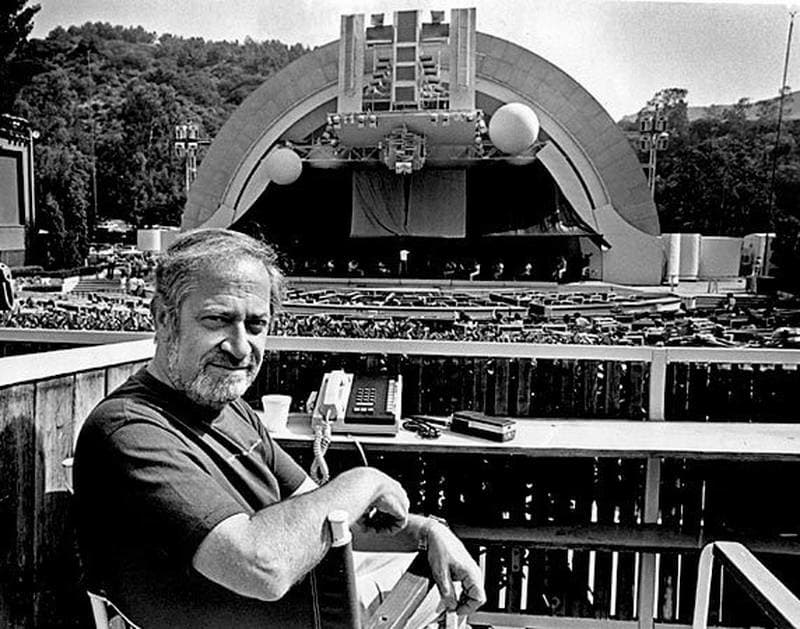 Ernest Fleishmann, the director of CBS Masterworks in Europe is credited with “putting the Los Angeles Philharmonic on the map during his 29 years running the orchestra.” Fleischmann was frequently described as a visionary who loved talking the big dream. He collaborated with Bernstein on a substantial number of projects, and he gave a famous commencement address at the Cleveland Institute entitled, “The Orchestra is Dead—Long Live the Community of Musicians.” In essence, he argued that orchestral musicians without inspired musical direction grow easily embittered, disgruntled, and bored by their too often under-rehearsed work.” There is nothing boring, however, about the quirky allegretto that Bernstein wrote for Fleischmann’s daughter Jessica. 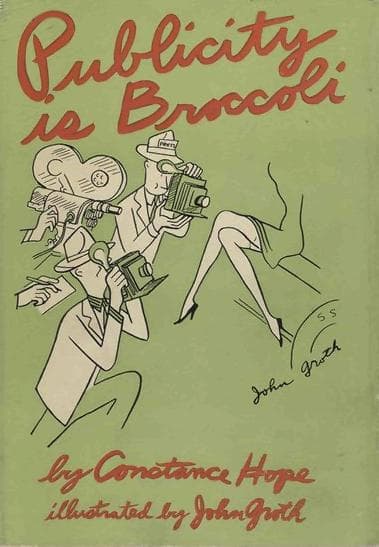 Constance Hope was a publicist primarily remembered for her book Publicity is Broccoli. She graduated from Barnard College and served as the New York representative for foreign publication of Fairchild Publications and advertising representative for Women’s Wear magazine. She subsequently became a public relations counsel for many opera stars, and served as the publicity director for the Metropolitan Opera. Bernstein’s score of the tenth movement dedicated to the memory of Constance Hope contains two quotations from Edgar Alan Poe’s To One in Paradise over recitative-like passages. 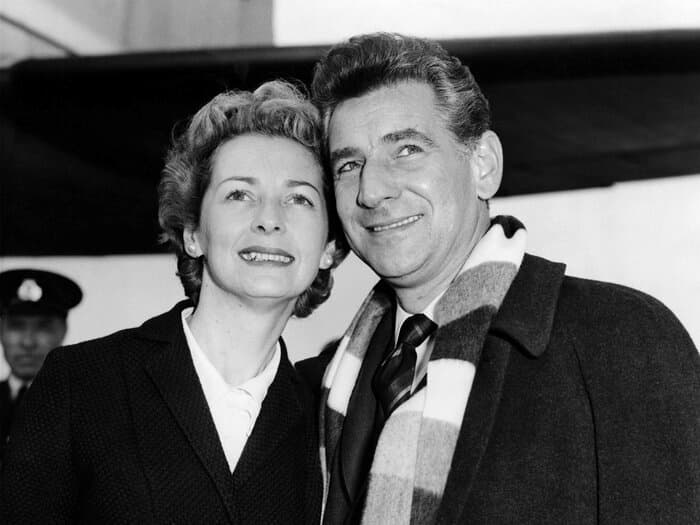 Bernstein and his wife Felicia Montealegre, 1959

On 20 December 1989 Bernstein wrote to Claudio Arrau, “I am at this moment remembering, with deep emotion, our Brahms D minor in 1946. It was your birthday, and besides playing like a god, you had a post-concert birthday party at your house. It was at this party that I met a ravishing girl called Felicia Montealegre, who was not only a fellow-Chilean of yours and your one-time student, but who also shared your birthday, and for three decades thereafter shared my life.” This second tribute to his wife carries the dedication, “For Felicia, On Our 28th Birthday (& Her 52nd).”

Leonard Bernstein: 13 Anniversaries, No. 11 “For Felicia, on our 28th Birthday (and her 52nd)” (Alexandre Dossin, piano) 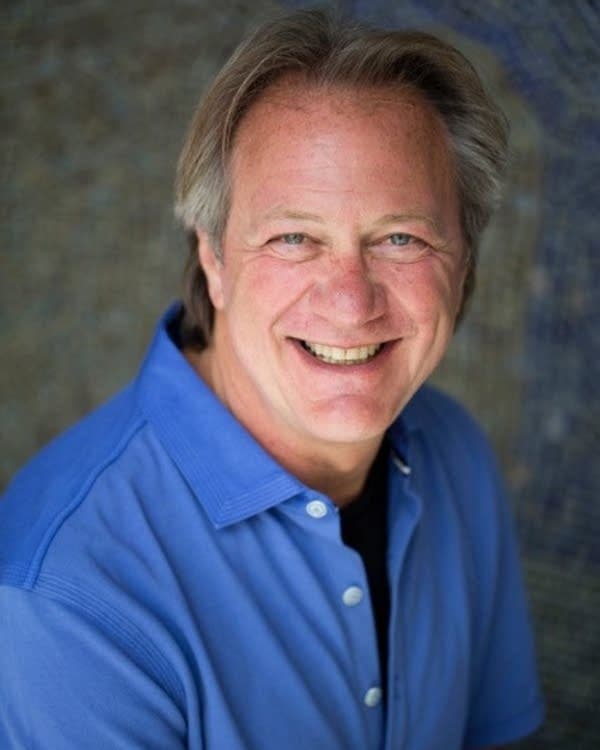 Conceived by Aaron Stern and Leonard Bernstein, the “Academy for the Love of Learning” is a non-profit organization that seeks to “awaken, enliven, nurture and sustain the natural love of learning in people of all ages.” Stern explained “that he learned a lot from Bernstein about music and feels he was able to teach Bernstein something about wisdom not long before Bernstein’s death.” Bernstein incorporated the anniversary for Stern in a work for baritone and orchestra titled Opening Prayer. In turn, it became the second movement “Benediction” of the second version of Concerto for Orchestra premiered in 1988. 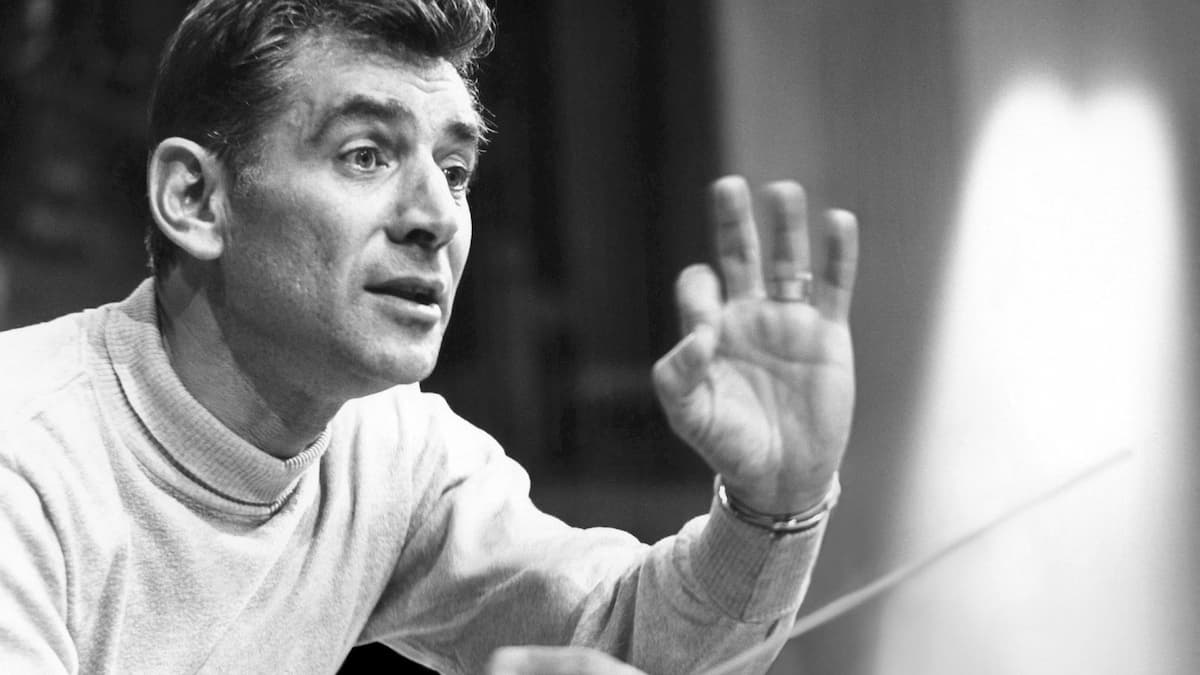 The concluding anniversary in this set is dedicated to the memory of Ellen Goetz. It is based on a song entitled “First Love,” originally written in fond memory of his mothers. He subsequently transformed the musical material into a commemorative album leaf for Ellen Goetz, one of his greatest admirers. Goetz was one of Bernstein’s most passionate fans, attending almost every one of his concerts and often appearing backstage at concerts and events. Bernstein also uses music from the movement “Nachspiel” from his Arias and Barcarolles, as he is gently waving a musical goodbye.