Over the course of 40 years, Leonard Bernstein crafted a series of short compositions to honor close friends, relatives, family members, and professional colleagues. He started writing his “Anniversaries” in the 1940s and composed the last group in 1988, two years before his death. All in all, “Anniversaries” comprises a total of 29 pieces that have affectionately been described as “rapidly sketched portraits without necessarily having to dismiss them as sweet nothings, even though Bernstein admittedly changed the dedication to some, while others were admittedly written more out of politeness than out of a strong inner need.” 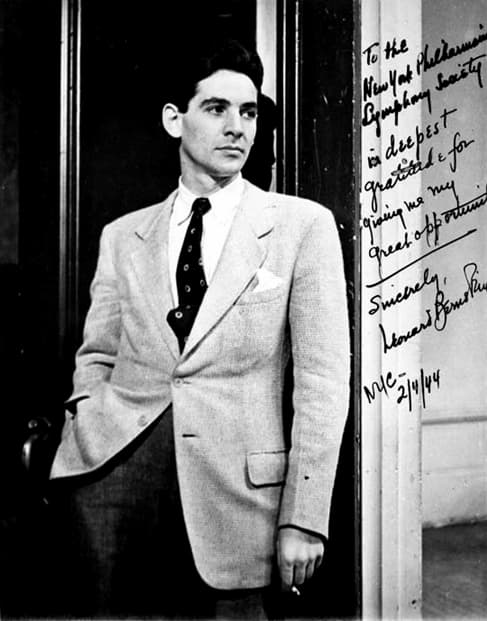 “Anniversaries” are motivically sophisticated yet come across with seemingly spontaneous turns of melody and rhythm, while harmony is refreshingly elusive. A scholar writes, “jazz elements and generally moderate technical demands add to the appeal of the Anniversaries as teaching pieces.” To be sure, the “Anniversaries” are short, intimate character pieces cast in a conservatively modern harmonic and rhythmic setting.


In 1941 Bernstein composed a five-movement “Partita,” including a Prelude, Gavotte, Sarabande, Passacaglia and Gigue. He subsequently added a movement and gave it the title “Six Pieces” in 1943. When Bernstein played the work at a benefit concert of the Anti-Fascist Refugee Committee in 1944, it had reached its final seven-movement form and acquired the title “7 Anniversaries.” The first piece is dedicated to his friend and mentor Aaron Copland, whose music he studied with Heinrich Gebhard in Boston. 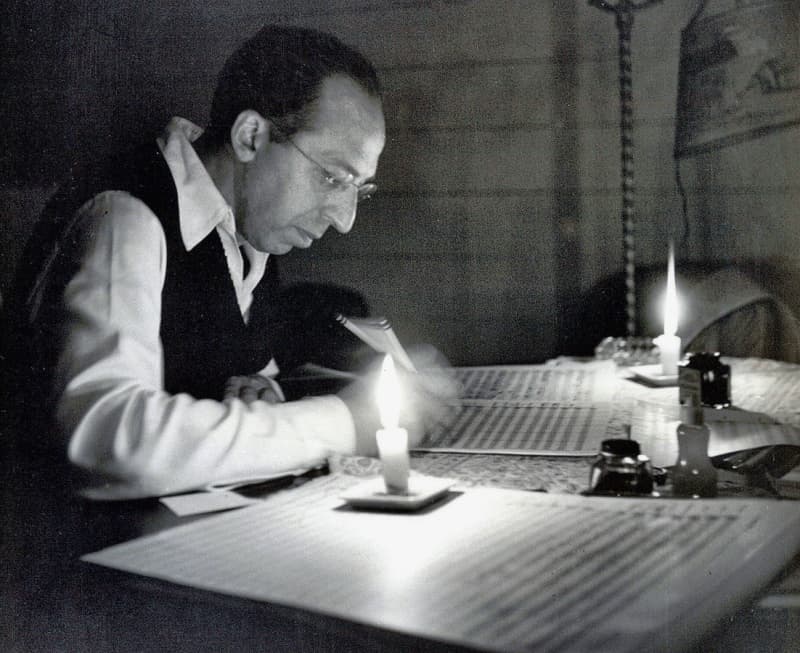 Aaron Copland in his studio in the Berkshires, 1946 (Photo by Victor Kraft)

Bernstein wrote about the Copland Piano Variations, “a new world of music had opened to me in this work—extreme, prophetic, clangorous, fiercely dissonant, intoxicating.” They first met on Copland’s birthday on 14 November 1937 and in the following years, Copland became a mentor and confidant of his younger colleague. In an interview in the 1960s, Bernstein explains, “One thing that impressed me tremendously about Aaron was his plainness. It’s true of his music and true of his speech, too. It’s something distinguished…That, I think, had a big influence on me, because I acquired almost a reverence for plainness of speech, for directness, which fitted in very well with my need for communicating with people.” As such, it’s hardly surprising that the piece for Aaron Copland features plainspoken, diatonic harmonies and phrases with wide, generous spaces between treble and bass.


Lenny had a very close relationship with his sister Shirley. “Despite a rather difficult childhood as a middle sibling in a tension-ridden Boston household, Shirley Bernstein developed close bonds with her brothers. It was Leonard, in particular, who became a surrogate father to his sister.” Shirley wrote in her publication “that Lenny read through musical scores with her, philosophized about the world in general, and involved her in his youthful productions of Carmen and The Mikado.” 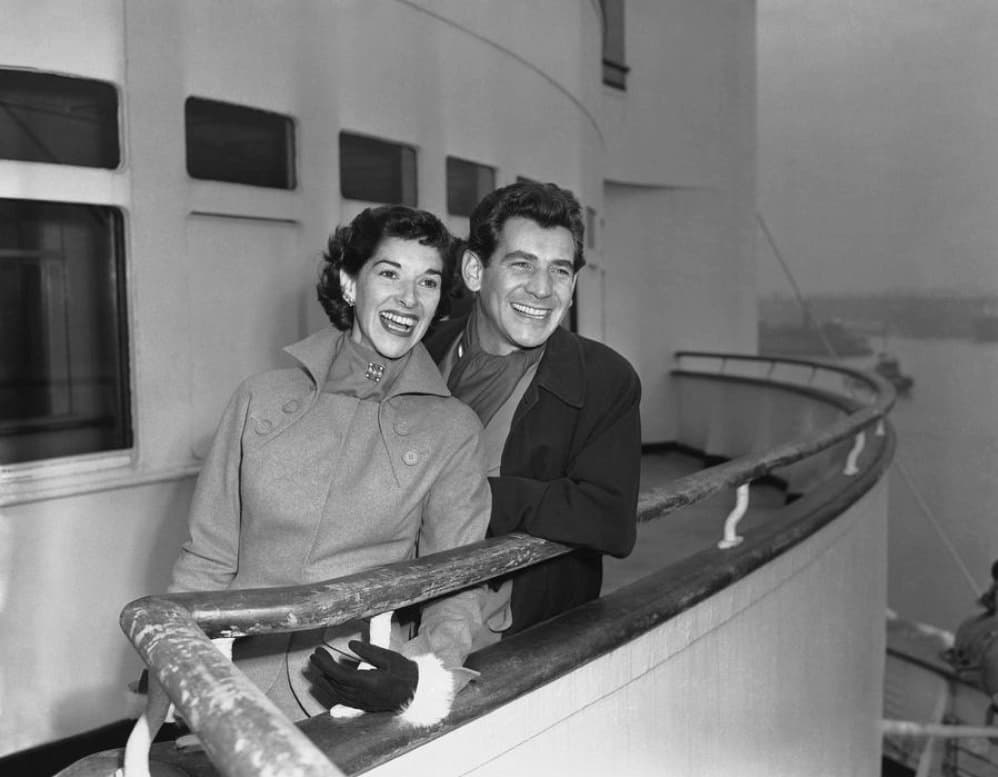 Following her graduation in 1944, “Shirley was drawn into Leonard’s celebrity world as his assistant, tour companion, and performer. She sang the opening song in “Fancy Free,” and had a speaking role in “On the Town.” Shirley Bernstein went on to produce shows for theater and television and was at one time an executive of a large talent agency and the president of the Paramuse Artists Associates theatrical management company. A scholar writes, “The most prominent structural feature of the anniversary for Shirley is a long first ending.” Shirley Bernstein has been described as articulate, funny, attractive, dynamic, and full of vitality, and these features are clearly encapsulated in her musical portrait.


The playful movement for his sister precedes a more enigmatic tribute to a Harvard roommate, Alfred Eisner, who had died of cancer in 1941. Bernstein was always fascinated by the written and spoken word, and he describes his first major encounter with a literary mind. “Back at Harvard, I had a remarkable roommate named Eisner who was well on his way to becoming a super-Hemingway. He had an unusual love for music, promiscuous and passionate, and I had a similarly constituted love for words. This led to a constructive relationship, as you can imagine, which taught us both a lot of half-truths. He died of cancer, dammit, shortly after graduation… Eisner and I used to have bull sessions almost nightly— thundering arguments that raged till dawn and made me miss my counterpoint class. Like all bull sessions, these never ended in resolution; . . . it was through Eisner that I first realized how different a writer’s approach to music can be.” “In Memoriam: Alfred Eisner” produces an elegiac mood through contrasting sections of modal, pandiatonic, and complex tertian writing. Undoubtedly, the music depicts the conflicting emotions Bernstein experienced following the death of his close friend. 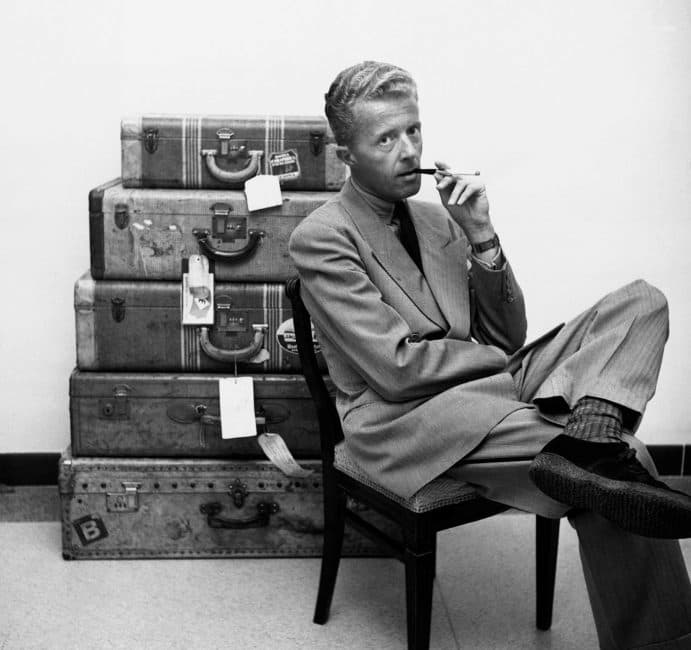 The American expatriate composer, author, and translator Paul Bowles was raised in New York City but in 1947 settled in Tangier, Morocco, for the rest of his life. Bowles had studied with Copland, Boulanger, and Virgil Thomson in the early 1930s, and his compositions include two operas, four ballets, and film scores, among various others. He also was the music critic for the New York Herald Tribune, and he has written a number of novels and short stories. Bowles describes his relationship with Bernstein in the early 1940s. “In 1942 and 1943 Mr. Bernstein and I saw one another almost daily. In March 1943 he conducted my opera The Wind Remains at the Museum of Modern Art in New York. He used to play my piano music, which I, being an inexpert pianist, did not play very well. Also, in 1943 I wrote a piece for his birthday and the following year he wrote a birthday piece for me, incorporating in it certain of my mannerisms, appoggiatura, parallel thirds, and rhythmic devices.” In the dedicated “Paul Bowles” anniversary, the composer’s character is captured by a restless left-hand phrase, repeated five times, beneath more varied ideas in the right hand. 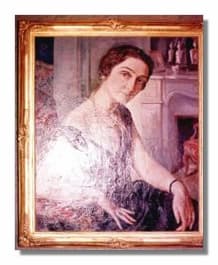 Nathalie Koussevitzky, the daughter of a wealthy Russian tea merchant, married the conductor Sergei Koussevitzky in 1905. After coming to the United States, they founded the publishing firm “Editions Russes de Musique,” with all profits distributed to Russian composers. When Natalie died in 1942, Sergei created the Koussevitzky Music Foundation in her honor. Bernstein creates a sense of unrelieved mourning, composed shortly after Nathalie Koussevitzky’s death. The same music is also heard in the finale “Lamentation” of the Jeremiah Symphony, sketched in 1939 and completed in December 1942. A pianist writes, “The Anniversary is expanded in the symphony through repetition and transposition, and its emotional impact is enhanced by instrumental color and the unusual insertion of Hebrew chant, sung by a mezzo-soprano.” The solemn memorial displays a typical Bernstein harmonic piquancy. 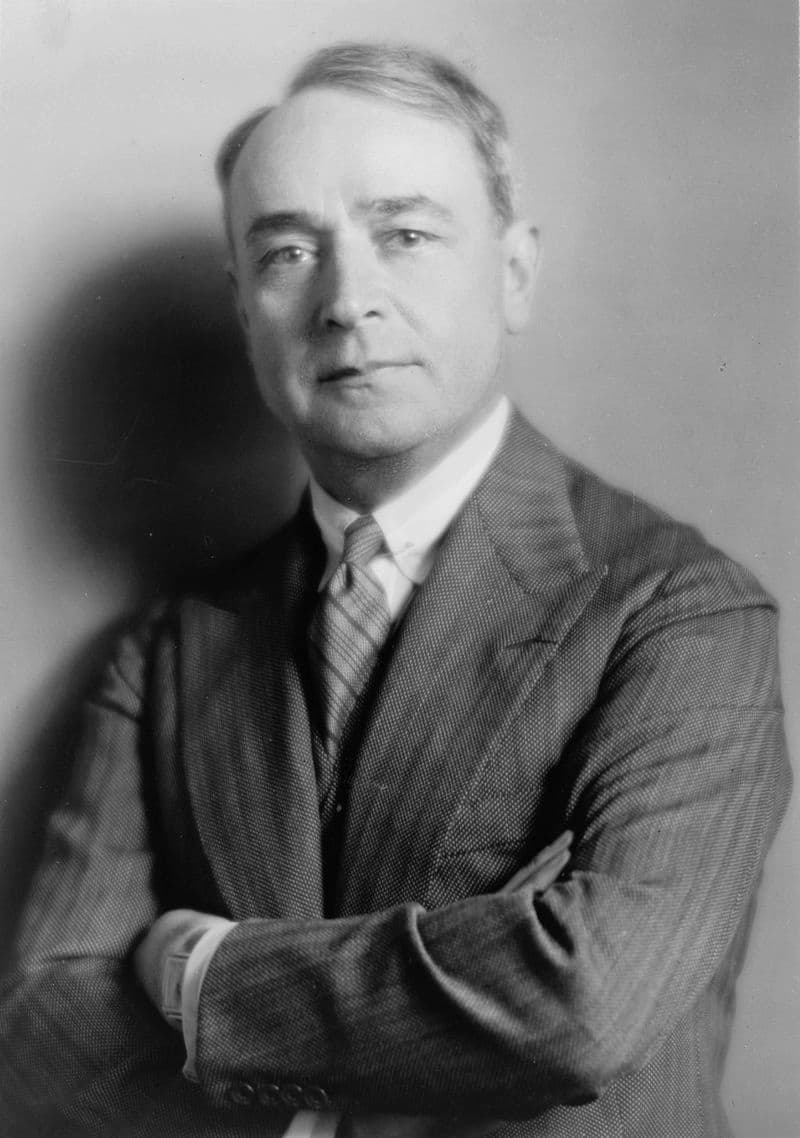 Leonard Bernstein called Sergei Koussevitzky his “father and mentor.” Koussevitzky ran a strict regime at the Boston Symphony Orchestra, but Bernstein explained, “Everything Koussevitzky did was a product of love for his orchestra, and, above all, the music.” They first met during the summer of 1940, when Koussevitzky launched a conducting program in Massachusetts. Bernstein wrote to Koussevitzky’s assistant with a note from his friend Aaron Copland and requested an audition. In due course, Bernstein was selected as one of three inaugural conducting fellows for the Boston Symphony Orchestra’s new Berkshire Music Center, which is known today as the Tanglewood Music Center. Bernstein returned to Tanglewood a year later, and every summer thereafter except for the War Year’s closure between 1943 to 1945, and he was quickly appointed conducting assistant. Their 11-year friendship as conducting teacher and student, mentor and mentee, father figure and son, defined decades of music, education, and scholarship. “For Sergei Koussevitzky” is the shortest and most concentrated piece of the “Seven Anniversaries” set. Bernstein manipulates a single motive, “and the melodic patterns take on an added spontaneity through meter changes, dynamic shifts, and an unpredictability in the use of rests and articulations.” 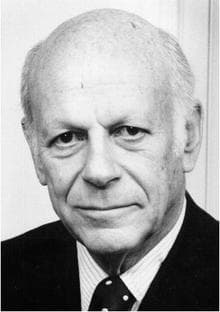 A leading American composer and educator William Schuman spent his early college years as a jazz musician and writer of over 150 popular songs. He wrote of his friendship with Bernstein, “my association goes back to 1938 when he was a student at Harvard University, and I was having my first performances with the Boston Symphony Orchestra. We have been close friends and colleagues ever since then, and I deeply treasure his friendship and the many remarkable performances he has given of my music.” Schuman’s portrait is an energetic finale to the first set of Anniversaries. “It is a miniature showpiece for a pianist possessing temperament, strong fingers, and disciplined rhythmic control.”