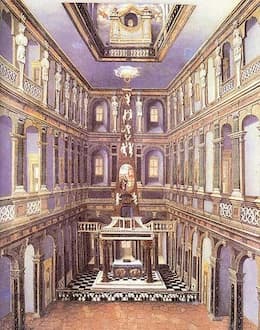 As Benjamin Franklin famously said, “…but in this world nothing can be said to be certain, except death and taxes.” And while the mega rich have long attempted to find ingenious ways of avoiding tax payments, during Johann Sebastian Bach’s time such taxes could be levied even from beyond the grave. A comprehensive dictionary of the eighteenth century writes, “taxes arise when on account of the expense of the burial of a princely corpse, the costs are imposed on the subjects.” In brief, rulers exacted a final financial tribute from their loyal subjects in order to pay for their own funeral expenses! And when his employer and student Prince Johann Ernst of Saxe-Weimar left the earthly realm at age 19, Bach and the court poet Salon Franck elaborated on a text from the New Testament in which Jesus speaks to his followers about taxes. Tellingly, it comes from the famous passage, “Render unto Caesar the things which are Caesar’s, and unto God the things that are God’s.”

Following the ducal death, the first composition heard on 24 November 1715 in the chapel in Weimar was Bach’s cantata Nur jedem das Seine (To Each What is Due Him), BWV 163.

To each what’s due him!
If rulers must gather
Toll, taxes, and tribute,
Let no one refuse
The debt that he owes!
Yet bound is the heart but to God the Almighty 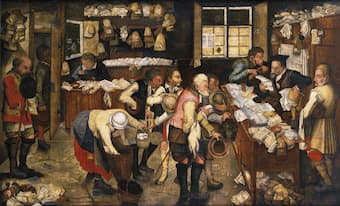 The tax-collector’s office by Pieter Brueghel the Younger

With all the members of the ducal establishment present at that performance, the message was clear. The heart belongs to God, but tax goes to the rulers of the realm. Seemingly, Bach tried to resolve the paradoxical relationship between Christianity and secular authority, but as a number of musicologists and writers have noted, “there is certain melancholy and dourness to Bach’s musical setting.” As if the music was gently telling us that taxes have to be paid, but we don’t necessarily have to like it.