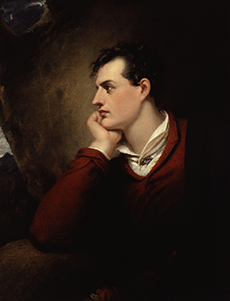 Lord Byron’s 1817 poem Manfred brought out all the elements of the Gothic novel into a dramatic poem. In 1816, Byron was traveling with Mary and Percy Shelley in Switzerland with her sister Claire Clairmont. The two couples began a competition to write the best ghost story – Mary Shelley’s story became her novel Frankenstein and Byron’s became his poem Manfred. Both works, incidentally, are set in Switzerland.

Manfred lives in the Bernese Alps, tortured, in the true Gothic style, by a mysterious guilt. He summons seven spirits to help him forget his guilt, but they cannot help him. He cannot suicide through the intervention of fate. In the end, though, he does die, but goes not to heaven or hell, but “only to death.” The hero refuses to bow to supernatural authority and who, through his self-assertion, comes to embody defiant humanism, resisting both the church and the supernatural. 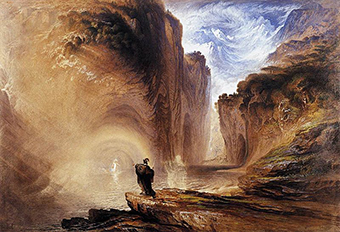 Martin: Manfred and the Witch of the Alps (1837) (Whitworth Art Gallery)

Tchaikovsky had been prompted by the composer Mily Balakirev to take up the work. The critic Vladimir Stasov had been trying for some 20 years to get a composer to write a Manfred work, first trying Balakirev, who sent it to Hector Berlioz, who refused on account of ill health and old age. Balakirev then tried Tchaikovsky who took it up in 1885. 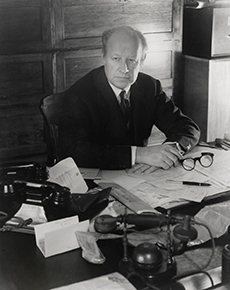 The Manfred Symphony sits between Tchaikovsky’s Symphony No. 4 (1878) and No. 5 (1888). At first Tchaikovsky thought the subject was too close to Berlioz’s Harold in Italy (also inspired by a Byron poem), but gradually came around to the idea. The first movement set the place: Manfred wanders in the Alps, weary of existence and tormented by his memories. He remembers his lover Astarte with despair. Key through this movement is the use of silence: the five section are separated by four silences. The climax in the second section is the loudest climax Tchaikovsky ever wrote. The silences allow the composer (and audience) to refocus and return to Manfred’s troubles anew.

This 1959 recording is by the English conductor Eugene Goossens (1893-1962) leading the London Symphony Orchestra. 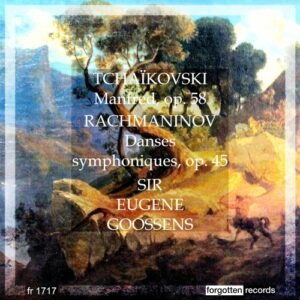