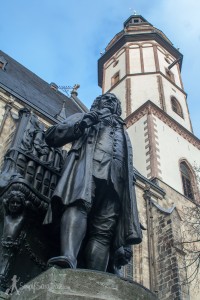 Say what you want, but Johann Sebastian Bach certainly knew a good tune when he heard one! And he certainly was not shy reusing his own tunes when time was of the essence. Bach took up the position of Thomaskantor, the directorship of church music in Leipzig in 1723 after a thoroughly depressing and insulting application process. The head of the search committee, the councilman Abraham Christoph Plaz wrote, “since we cannot get the best—Telemann and Graupner had declined the offer—we will have to settle for average.” 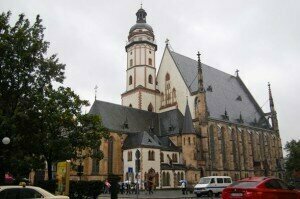 And that mediocre choice turned out to be J.S. Bach! Almost immediately Bach got into trouble with church authorities, and after he demanded a say in choosing who was accepted to the St. Thomas School, his salary was reduced. He was so frustrated that he began looking around for a new job. This frustration, however, also stimulated an astonishing level of productivity. Week in and week out he composed a new cantata, with roughly 100 such works written in his first two years in office. 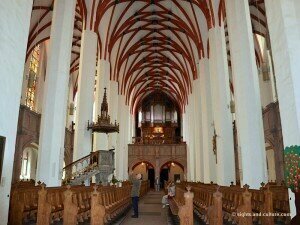 Given this frenzied pace of composition, Bach began to recycle a number of his earlier works. And for the Marian feast of the Visitation on 2 July 1723, he took up music originally written in Weimar for Advent 1716. Herz und Mund und Tat und Leben (Heart and mouth and deed and life) commemorates Mary’s visit to Elizabeth as narrated in the Gospel of Luke. An anonymous author adapted the original cantata text by Weimar court poet Salomo Franck, and Bach expanded the work from six movements to ten. Ironically, in his job interview Bach had to promise city authorities that he “would maintain good order in the churches by not writing compositions that were too long or too elaborate.” BWV 147 contains some of Bach’s most compelling and popular music, but it also is thumbing its nose at the bureaucracy and short sightedness of the Leipzig clergy.