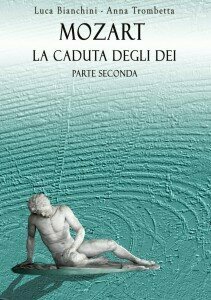 In a number of recent publications, musicologists Luca Bianchini and Anna Trombetta have investigated the countless myths and legends that elevated Wolfgang Amadeus Mozart into a singular musical genius. Attempting to set the record straight, the first part of our interview addressed questions of historical motivations, nationalism, and initial attempts at mythmaking by early biographers. In this second part of the interview, Bianchini and Trombetta continue to share their insights into the making of the Mozart Legend:

Q: The clumsy PR machinery set in motion by Leopold Mozart greatly obscured the fact that young Wolfgang was essentially a performer, and that he achieved musical maturity as a composer at a relatively late age. What can we learn from untangling these two conflicting—although clearly not unrelated—strands of musical activities?

A: The problem is serious. It is well known that Mozart did not have a proper education, neither in the scientific, humanistic or musical field. With whom did he study composition; who taught him counterpoint and fugue? Leopold Mozart, Padre Martini and the Marquis of Ligniville are cited as his only teachers. It turns out that Leopold never studied composition and was dismissed from University. Therefore, he could not teach harmony and counterpoint, and he was not a concert violinist either but started his career as a court valet. Information about Leopold comes from an anonymous and highly complimentary source. In the last few years it has been discovered that Leopold actually wrote the document himself! His son was certainly talented, but Leopold exploited him mainly as a performer, and as a brilliant improviser around Europe.

It is said that he had extraordinary sight reading skills, but the Belgian composer André Grétry, who was able to meet and examine him, testified that Mozart didn’t read what was written on the page but rather invented it, demonstrating his skills as an improviser and not his knowledge of musical genres. There is no documentary proof that Padre Martini was ever Mozart’s teacher, and Ligniville, whom Leopold called the greatest counterpoint master of his time was in fact a music amateur who had graduated by correspondence, and who was famous for a treatise on silkworms. This lack of regular studies explains why Mozart was never completely original in the art of composition. He always had to refer to various models and his style changed over the years. Alongside masterpieces such as the Jupiter Symphony, he wrote in the same year, childish and amateur pieces like canons or dance music.

Q: Copying music–or as we nicely call it “borrowing” in the case of Handel, Puccini and others—was not only a customary way of learning the musical craft, but in the days before intellectual copyright one of the sincerest form of reverence. Why should we hold Mozart to a different standard? 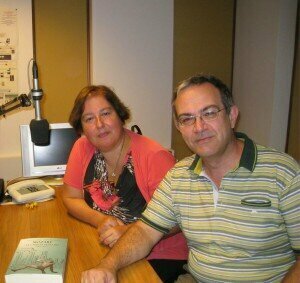 A: This is correct. Mozart must be treated with the standards of his time, not with ours. The idea of borrowing and homage gained prominence only after Mozart’s time. Leopold Mozart and his son Wolfgang consider “borrowing” an act of thievery, and accused Righini, Rust and Schikaneder of using music stolen from different sources. Musicians who plagiarized risked their job at that time, and occasionally they got into trouble for copying. This is not the case for Mozart. If Bononcini copied, he loses his job in London; if Mozart copied, he is excused. Why? If Mozart had paid tribute to his colleagues, we would find traces of them in his letters, or documents. Yet in fact, Mozart did not mention the original composers. When Clementi published his Sonata Op. 24, No 2 in 1804, he wrote in the preface that he had performed the music in the presence of the Emperor and Mozart in 1781. This was essential to protect himself from being blamed for plagiarism, since Mozart used the theme of the sonata in 1791 in the Magic Flute Overture. Plagiarism existed at the time and was condemned, as we have shown in numerous examples in our book Mozart: The Fall of the Gods. After the composer’s death, his wife Constanze was publicly accused of stealing music of others to sell it as authentic Mozart works.

MOZART (actually NOT by Mozart; a forgery): XII Mass

Q: The essentially commercial process of ascribing unknown pieces to “best-selling” composers strongly came to the fore with the advent of music printing. Is it surprising that printers and publishers, specifically after Mozart’s death, jumped at the chance to present the world with “unknown” works? 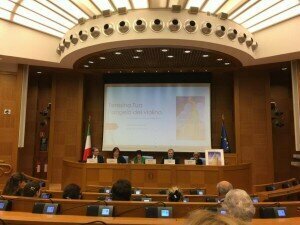 A: The practice of attributing pieces to famous authors has always existed since the Middle Ages. Gregorian chant was attributed to Pope Gregory the Great, as well as many books on music theory to Guido D’Arezzo. The reasons are political, commercial, and nationalistic. Things were not different during Mozart’s time. Die Zauberflöte is a collaborative work as we have shown in our latest book entitled Mozart: The Magic Flute released this year, and the Requiem is dated 1792, the year after Mozart’s death, so it is obviously written by several authors. His father wrote a number of Mozart’s compositions, and Mozart often arranged his music with the help of students and friends.

There is also a major problem with the Mozart Köchel Catalog, which contains forged pieces, Renaissance music, Symphonies by other composers; in short, pieces that do not have a heading are attributed to Mozart. All the music in the Mozart household was catalogued as if it was his own, and that includes music Mozart had used for study purposes. A “Sonata of Verona,” which is probably by Galuppi, ended up being attributed to Mozart.

MOZART (actually NOT by Mozart, probably by Galuppi): Allegro for keyboard in G major

There are multiple problems of attributions when we study the works of Mozart’s contemporaries. After all, billions of dollars are at stake. A capillary network of theatrical and music societies, concert and record companies have invested huge amounts of money perpetuating the myth of Mozart the child prodigy. Everyone is interested in attributing more music to Mozart, even if it is clear that he had never written it. The Nazis attributed a lullaby to Mozart, just because it was a nice music. A Jewish musicologist showed that Mozart had not written the piece, but the Nazis claimed that it was by Mozart because that is what the German people wanted. And even today, in publications for young pianists, it is not rare to meet this lullaby presented to children as an authentic Mozart opus, just as the Ministry of Nazi propaganda wanted at the time.

Q: A great many “deconstructing” studies have given us fresh and significant insights on composers and authors we thought we knew well. What revised picture—or as you call it “biography” of Mozart—has emerged as the result of your investigation?

A: Although more than 200 years have passed since Mozart’s death, he continues to be the subject of studies and his biographies have to be updated. Our approach wants to verify these sources and to consider the critical issues concerning attributions and biographical facts. Mozart biographers, until now, even though they were aware of contradictions and problems, have not really addressed them. The problem is that there are more than 2500 inaccuracies that we have reported in our two volumes Mozart: The Fall of the Gods, Parts 1 and 2. Over twenty years of study we have collected and commented on various problems reported in the vast Mozart bibliography, adding those that we ourselves have noticed, and allowed readers to verify them. Mozart emerges as a talented musician, but not a god. Just browse through any other book by Mozart and you find term like “genius,” “absolute masterpiece,” “miracle of nature,” even “god,” which are not scientific terms. Mozart’s image, as it has been transmitted over the last two centuries, is the result of Teutonic nationalism. In our books Mozart: The Fall of the Gods and The Magic Flute, we unearthed the facts, which are less miraculous but more real than what has been preserved under layers and layers of anecdotes, fables, and false myths. They are not books against Mozart, but against the nationalistic myths that the music industry has every interest in cultivating.