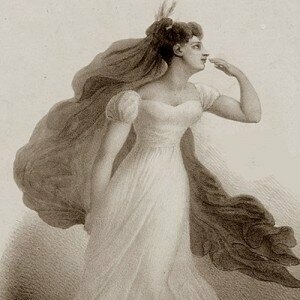 When Hector Berlioz went to see a production of Shakespeare’s Hamlet in Paris in 1827, he could hardly have guessed that it would turn into a life-changing experience! 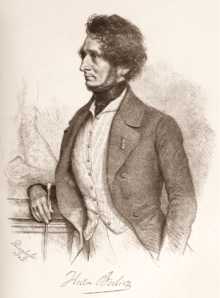 As he details in his memoirs, “I come now to the supreme drama of my life. An English company had come over to Paris to give a season of Shakespeare at the Odeon. I was at the first night of Hamlet. In the role of Ophelia I saw Harriet Smithson. The impression made on my heart and mind by her extraordinary talent, nay, her dramatic genius, was equaled only by the havoc wrought in me by the poet she so nobly interpreted. That is all I can say.” In fact, Berlioz was completely besotted with Harriet, and his obsession grew into a proper act of stalking. He sent her flowers, wrote her numerous letters and even rented an apartment near hers so he could watch her coming and going. And Harriet predictably avoided him like the plague!

Hector Berlioz: 9 Melodies, Op. 2 “Irlande”—La Belle Voyageuse
By his own admission, Berlioz pined for her, lusted for her, suffered, hankered, thirsted and ached for her, and he dreamt of no one but her. And he began writing her into his music as well. Berlioz had come across the French translation of the Irish Melodies by Thomas Moore. Together with the translator Thomas Gounet, who was also a close personal friend, he published a collection of 9 Melodies that represent his first musical outcome of his love for Harriet. In a letter recounting the story of Harriet’s refusal to meet him, he writes, “I read Moore; his melodies draw tears from me from time to time. He is her compatriot: Ireland, always Ireland!”

Rich and rare were the gems she wore,
And a bright gold ring on her wand she bore;
But oh, her beauty was far beyond
Her sparkling gems, and snow-white wand.

Lady, dost thou not fear to stray
So lone and lovely, through this bleak way?
Are Erin’s sons so good or so cold
As not to be tempted by woman or gold?

And we all know that his first masterwork, his Symphony Fantastique of 1830 was a highly personal autobiography about an artist who is madly in love with a woman who does not know he exists. It was arranged for performance on 5 December to celebrate her return to Paris, but Harriet did not show up. 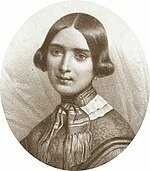 The process of composing the Symphony Fantastique apparently had served as a kind of psychological therapy, as Berlioz fell in love with the 19-year old pianist Marie-Félicité-Denise Moke. Marie and her mother were all in favor of the relationship and the couple planned to be married, just as soon as Berlioz would return from his two-years studies in Italy. However, only three weeks after having arrived in Italy, Berlioz found out that Marie had broken off their engagement and was to marry an older and richer suitor, Camille Pleyel, the heir to the Pleyel piano company. Berlioz was outraged, and concocted an elaborate plan to kill them both, together with her mother. He actually went as far as to purchase poisons, pistols and an elaborate disguise. But by the time the train had reached Nice on his journey to Paris, he luckily changed his mind and returned to Rome. Back in Paris in 1832, a mutual friend invited Harriet Smithson to a performance of Lélio, the sequel to the Symphony Fantastique. Smithson finally realized that both works were all about her. So she contacted Berlioz, and he came for a visit. They finally became lovers and although both families rigorously objected, they were married on 3 October 1833 at the British Embassy in Paris. 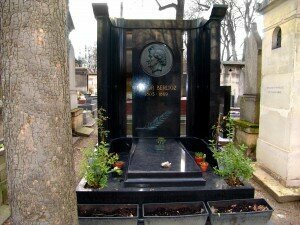 As Berlioz’s star was on the rise, Smithson’s career was in decline. It has been suggested that her receptiveness to Berlioz’s advances might have been primarily motivated by financial considerations. The first years of the marriage were reasonably happy and produced their only child, Louis-Clément-Thomas. But by 1836 Harriet had retired from the stage and she much resented his celebrity and her own eclipse. She became pathologically jealous and possessive, took to drinking heavily, and became verbally and physically abusive. Berlioz eventually did take a mistress, the opera singer Marie Recio who would eventually become his second wife. Harriet walked out in 1843, and by 1848 she suffered a series of strokes, which left her almost paralyzed. She died in 1853, and Berlioz left instructions that Harriet’s body be exhumed and buried next to his. And that’s how they still rest together to this day.