Composers Inspiration
Guys, what WERE you Thinking!
Bigotry and Racism in Classical Music
by Georg Predota September 30th, 2020 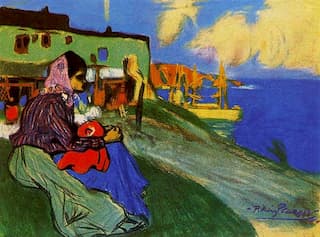 Gypsy in front of Musca by Pablo Picasso

One of my all-time favorite childhood snacks was a corn-wheat-potato concoction with a slightly spicy paprika seasoning. Produced by a Viennese snack manufacturer, this product was branded “Zigeuner Räder” (Gypsy Wheels), and it was simply delicious. Against the current backdrop of discussions about racist names and politically correct terms, the manufacturer has now decided to rename the product “Zirkus Räder” (Circus Wheels). That move was enthusiastically welcomed by the Central Council of German Sinti and Roma—a German Romanies rights group, which has located a “growing antiziganism in Germany and Europe.” 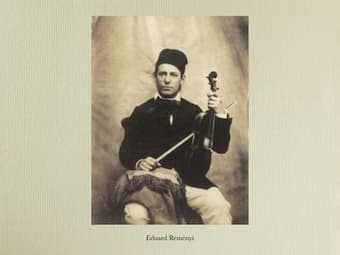 The term “Zigeuner” or its English equivalent “Gypsies” is an exonym, that is, a popular external name for a group of people used exclusively outside that particular group. Some Roma people, “citing its connotations of illegality and irregularity,” consider the term pejorative. Although the racist snack replicates the shape of the official Romani flag—as a proud symbol of nomadic Romani identity—the name had to go. But why stop at snack food when there are numerous titles and captions in desperate need of thought adjustment in line with the times. 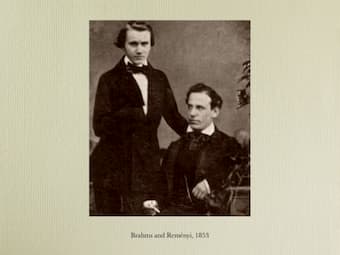 Clearly, Johannes Brahms is in need of reeducation. Instead of “Zigeunerlieder” (Gypsy Songs) we might have to call them, in accordance with the snack rebranding, “Zirkuslieder” (Circus Songs). But wait, I hear you say, the songs really have nothing at all to do with the circus, and some people actually working in the circus might find it offensive. Maybe, since we know that Brahms had an exotic fascination with Hungary, we could call them “Hungarian Songs?” 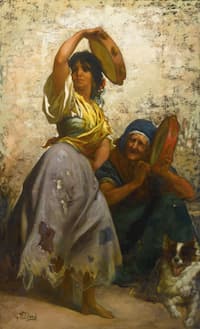 A Gypsy Dancing the Zorongo
by Gustave Doré

However, as Brahms did publish a substantial number of his compositions with titles including “Hungarian”—just think of the “21 Hungarian Dances,” which Brahms, afraid of claiming exclusive authorship of these melodies published without opus numbers—that’s not an easy switch to make either. It seems that Brahms had a contextually deeper understanding of the differentiation between “Hungarian music” as influenced by traveling Romani musicians, and an indigenous Romani musical heritage. Well, at least in his mind he did. But it is crystal clear that Brahms appended the title “Zigeunerlieder” out of a deep sense of respect, appreciation and cultural awareness.


Brahms might indeed be forgiven because as a grumpy old German he clearly wasn’t capable of having any real insights into authentic Romani culture. The same issue plagued Puccini with his Japanese “Butterfly” and Chinese “Turandot,” or even more severely, Léo Delibes and his Indian “Lakme.” But Franz Liszt really should have known better. Hungarian born, and predictably proud of his heritage—an aspect that turned out very profitable for his career—Liszt should be retroactively severely reprimanded for perpetuating rather than fighting racist stereotypes. 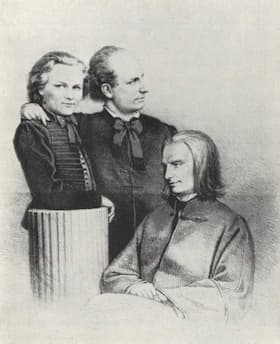 Liszt was best man at the wedding of his friend, the violinist Eduard Hoffmann. Hoffmann insensitively appropriated a foreign cultural identity by changing his name to Ede Reményi. Actually, since he was born in Hungary with an unfortunate German name, he simply reclaimed his cultural identity, so he is well forgiven. As a wedding present, Liszt made a musical arrangement of a racist and stereotypical poem by Nikolaus Lenau entitled “Die drei Zigeuner” (The Three Gypsies) that he had previously twice set as a song. In this poem, a weary traveller sees three gypsies resting in a field, one playing the fiddle, one smoking and the third sleeping. As he goes on his way, the traveller reflects on the freedom of gypsy life. What a dreadful and hateful image, indeed. Liszt must really have hated his friend to give him such a horrid wedding present. Liszt had made an arrangement for voice and orchestra, but eventually decided that it was very well suited to the violin, and as a present for his friend. At least Liszt got rid of those horrible words of the poem, but still couldn’t shake that demeaning title. Shame on him. 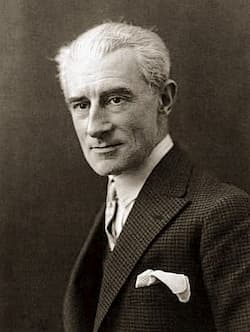 And what is there to be done with that horrible piece of music “Tzigane” by Maurice Ravel? I suppose, since it was commissioned by the Hungarian violinist Jelly d’Arányi, Ravel might have thought that he could get away with such a racist title. In the worst case, he might even have indirectly called Jelly d’Arányi a gypsy! In the best case, it was an uninformed and ignorant kind of popular musical exoticism. Either way, it’s an outrage. Maybe we could advocate on some social media portal that it should never again be played, and if some dinosaurs still dare to perform the work, it must only be allowed with a different title, let’s say “cirque migrateur.” Well, that has its own problems.

Clearly, this is a worldwide problem that has the potential to endanger humanity, and we should leave no stone unturned until all references to “Tzigane, Zingaro, Zigeuner, Sigøynere, Cygan, Tzoanim, Qaraj”, and multiple other variations on that term are once and for all banished or retitled for good and forever. I have an immediate suggestion for that racist Rachmaninoff, since he clearly should have called his work “Capriccio on Ethnic Themes” instead the insulting “Capriccio on Gypsy Themes.”

There is wonderful news on my favorite snack however; it still tastes great!