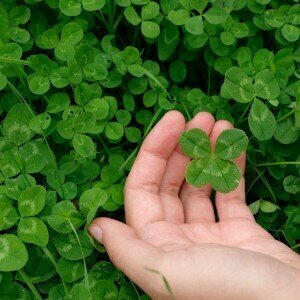 Performance itself is a ritual – it happens in a special place, at a special time, for which the performer wears special clothing to distinguish him or herself from the audience, and the audience observes particular customs during the entirety of the performance. These rituals of performance are familiar to all who perform, no matter what the genre of music, whether at Sydney Opera House, Hollywood Bowl or a local music society, and are crucial in helping performers and audience enter the right frame of mind to engage with the performance.

Individual performers also have personal rituals associated with performance which are used to help allay performance anxiety and act as “good luck charms” to enable the performance to go well. From lucky jewellery or shoes to a red handkerchief casually tucked inside the piano, these talismans can be highly significant. Most of us know deep down that these items hold no real power, that superstitions such as wearing a particular necklace or shirt cannot really influence the performance and that a concert is more likely to go well if we are properly prepared for it. Yet we invest meaning in these tokens, believing them to have special powers, and taking comfort from having them with us. Such rituals are common to sports people as well: tennis player Serena Williams always wears the same pair of socks for the duration of a tournament.

It’s easy to scoff at such superstitious behaviour, but research has shown that these behaviours do actually have a beneficial effect on performance by increasing confidence, self-belief, setting higher goals for oneself, and self-efficacy (belief in one’s ability to do well at the task in hand). However, it can be risky to invest too much in lucky charms or special rituals to the extent that one develops an obsessive dependence on them and may feel anxious and lacking in confidence without them.

Milhaud: Suite for Violin Piano & Clarinet (Patricia Kopatchinskaja)
On a more practical level, most musicians employ pre-performance rituals ahead of a concert which help them focus mentally and keep them grounded, especially if travelling a lot, which can disrupt one’s regular routine. Here is violinist Patricia Kopatchinskaja:

On performance day I try to avoid any distraction: no telephones, no visits, no interviews, no photo sessions, no bad news. On a nice day after breakfast I might jog outside for half an hour and then I might practice perhaps for half an hour, but one never should expend too much energy because it will be needed in the evening. The most important is the nap in the afternoon. There will perhaps be a stage or a microphone rehearsal but normally I just stay in the artist room and concentrate. I cannot eat before concerts, but I need half a banana and something to drink. And then I am ready for battle… 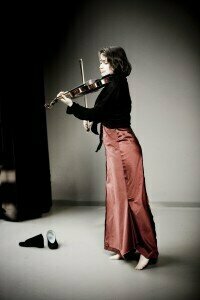 My ritual starts in the morning with a positive attitude. You never know what can go wrong on the day of a concert (flights canceled, trains running late, piano missing…) so an optimistic outlook is incredibly helpful. I like to practice slowly in the morning, on the score, looking at every detail and refreshing the memory. If there’s a rehearsal with an orchestra, I usually save energy for the evening performance. Lunch consists of fish, rice and lots of veggies. A nap is always welcome but if I can’t fall asleep, I lie down and breathe 3 in 7 out, a ritual I’ve had for years. I also visualize the hall, coming in and feeling free.

(from The Musician’s Lounge, official blog of Utah Symphony)

While most musicians admit there is no “magic formula” to guarantee a successful performance every time, a consistent pre-performance ritual, combined with thorough preparation in practice, will ensure a concert goes smoothly. Certain pre-performance rituals are common to all musicians, whatever their genre, including resting ahead of the concert to keep mind and body relaxed. Any disruption to these rituals can leave one feeling disoriented and it is important for concert organizers, venue managers, colleagues, and friends and family to appreciate the rituals and not interfere with them. Of course some aspects cannot be controlled, such as delayed travel, the weather (too hot/too cold), or illness, but once again good preparation enables one to cope with these exigencies and not allow them to derail a performance.

In the final minutes before going on stage, many musicians use visualization techniques – imagining themselves walking across the stage to take their place at the piano or in front of the orchestra and hearing the first notes of the first piece in their “mind’s ear” before they begin to play. Recalling a past successful performance, and the positive feelings associated with it, is also a useful ritual and one which Polish pianist Piotr Anderszewski employs.