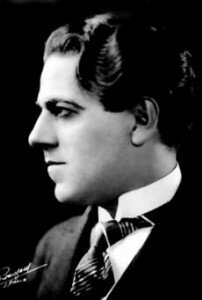 Heitor Villa-Lobos (1887-1959) is rightfully credited with merging the music of his native Brazil with musical elements and stylistic features from a central-European classical tradition. Born in Rio de Janeiro but trained in the European Conservatory tradition, Villa-Lobos began to physically explore the unknown geographical and cultural interior of Brazil. On one of these expeditions he even claimed to have been captured by cannibals! Be that as it may, Villa-Lobos did most of his explorations by trains. Following a long train journey to Sao Paolo in 1930, the composer set to work and musically encoded his impressions in an orchestral suite titled Bachianas Brasileiras No. 2. The concluding movement “The Little Train of the Caipira” references local steam transport in the small communities of the Brazilian interior. And as you can easily tell, the huffing and puffing of the steam locomotive is expertly imitated in the composition.

Heitor Villa-Lobos: Bachianas Brasileiras No. 2, “The Little Train of the Caipira” 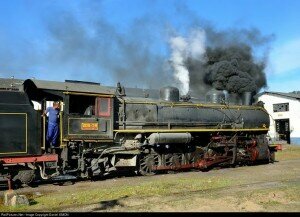 Nathaniel Hawthorne wrote his 1843 short story The Celestial Railroad as a parody of the book The Pilgrim’s Progress by John Bunyan. The entire story is an extended dream sequence, with a narrator mention in the very first and last lines of the story that it is a dream. An extended religious metaphor, it tells of the physical obstacles of reaching the Celestial City. The train engineer appears to be a mechanical demon, and the train passes through many sins and places related to hell without ever reaching heaven. 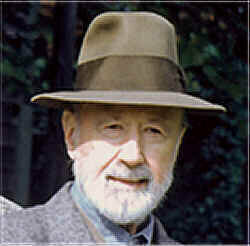 “A man falls asleep and dreams of a fantastic train, its destination the Celestial City. Persuaded by a Mr. Smooth-it-away to join him, the man boards the train just as it begins its trip; it speeds past horrible sights and the temptation-filled town of Vanity Fair, to arrive at Beulah Land on the river Jordan. A side-wheel ferry is there, to take them all across to the Celestial City. Once on board the ferry, though, the man realizes the Mr. Smooth-it-away has stayed behind and that the entire trip has been a hoax.” Charles Ives was greatly inspired by the story, initially composing a piano phantasy entitled The Celestial Railroad, and subsequently reworking the material in the second movement of his 4th symphony. 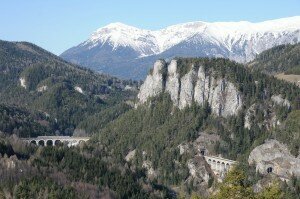 A number of unsubstantiated anecdotes suggest that the waltz king Johann Strauss II was no friend of the railways. During his concert tour of the United States in the 1870s his wife reports that Strauss confessed he would rather die than be forced to take another trip on the American railroad. It has also been suggested that Strauss was so terrified of rail travel that he spent train journeys huddled on the carriage floor. Regardless, Strauss, like many of his contemporaries commemorated travel and other forms of transport in their compositions. On 14 November 1837 Austria’s first steam railway opened between the Viennese suburbs of Floridsdorf and Deutsch Wagram. The line was rapidly extended, eventually crossing the precipitous gorges of the Semmering Pass. To commemorate this engineering achievement by the Austrian Southern Railway, the association of Industrial Societies held a grand ball on 19 January 1864. And Johann Strauss composed his fast polka Vergnügunszug (Pleasure Train) Op. 281 for this occasion. The curious title of the piece derives from the fact that the Southern Railway offered highly popular mystery, pleasure trips from Vienna to the countryside. 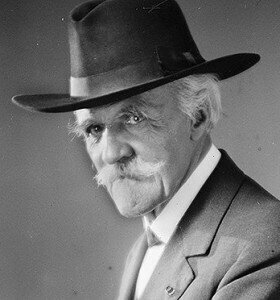 Johann Strauss II: Vergnügungszug, Op. 281
Vincent d’Indy had been a widower for 13 years when he met a student by the name of Caroline Janson at the Versailles Conservatory. She was 36 years his junior, but wedding bells were ringing on 26 October 1920 and Caroline d’Indy—nicknamed “Line” or “Linou” took her husband to the sunny shores of the Mediterranean. The happy couple spent their honeymoon in Sicily, and they would eventually build a permanent home base in the town of Agay in Southern France.

In 1919, D’Indy had started a composition for large orchestra that consisted of four seascapes, his Poème des Rivages (Poem of the Shores). A sort of cinematographic voyage to four different places along the Mediterranean coast, the third movement “Horizons verts, Falconara” takes us on a pleasant local train ride set against a lush green horizon.