Trains provide a nice rhythmic basis for music – the old chuga-chuga sound of a steam train might be replaced now with the smooth humming of electrics, but we can find music where the train meets the tracks.

Arthur Honegger’s 1923 composition, Pacific 231, celebrates a train to our ears, whereas for Honegger it was an experiment in misdirection. As we hear the ‘train’ accelerate, what we are actually experiencing is a set of smaller and smaller note values while, at the same time, the actual tempo is slowing. Despite its modern and experimental qualities, it remains one of Honegger’s most popular works. In 1949, the French director made the film Pacific 231, using Honegger’s music. 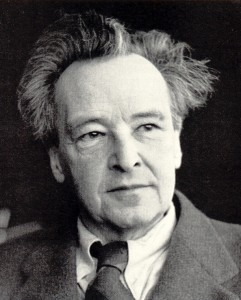 One of the problems of the 20th century was that of realism. What if the ‘instrument’ you wanted to present in the concert hall was just too big to get through the door? That’s where the miracle of the tape recorder came to the fore. French composer Pierre Schaeffer brought the big sound of steam locomotives into the concert hall as part of his Études de bruits (Studies of Noises). His first study was the Étude aux chemins de fer (Study of the Railroad). Schaeffer was leader in post-WWII avant-garde music, particularly in a style called musique concrete, which took its name from a parallel style in poetry. Using the newly-available tape recorder, for his first essay, Schaeffer recorded trains and then edited the tape to create a new work that didn’t represent the train as much as give you the sound-scape of a train. 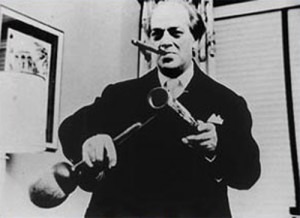 These days, however, the most common train that most of us will ride is a subway train and for that we descend into the ground with Amy X. Neuburg and a trios of cellos. The driving cellos remind us of the travel of the train while the lyrics give us an overly-perceptive commentary on the people around the singer who’s also despairing about her relationship. As a modern song-cycle, it’s a far more personal view of travel than the other composers’ could provide.’