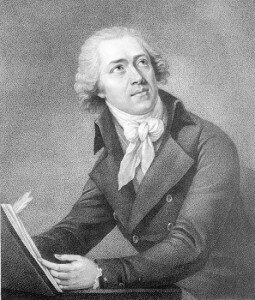 The great musicological explorer Dr. Charles Burney writes glowingly in his General History of Music of 1789; “An admirable young composer of Vienna, whose works were first made known in England by the neat and accurate execution of Mademoiselle Paradis in 1785. And his productions have since greatly increased in number and in favour. They are in general excellent, abounding with solidity, good taste, correct harmony; and the imitations of Haydn are less frequent than in any other master of that school.” Given the date of Burney’s writing, and the reference to the pianist Maria Theresia Paradis, one might almost be tempted to think that he was referring to Mozart. In reality, however, Burney was talking about the Bohemian composer Leopold Koželuch (1747-1818), who had been active in Vienna since 1778. He quickly became one of the foremost representatives of Czech music in 18th century Vienna, and his piano concertos and symphonies adhere to the expressive language of the Viennese Classical style in that particular period. It has been argued that his keyboard concertos “conspicuously lack the melodic abundance, rich woodwind coloring and operatic-style dialogues of Mozart’s great Viennese concertos, but they nevertheless beguile with their limpid grace, their sparkling keyboard writing, and their sense of proportion.” 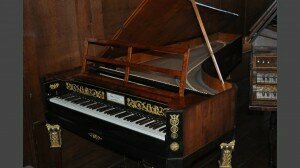 As witnessed in his substantial number of keyboard compositions, Koželuch stood at the forefront of helping to develop an idiomatic piano style. In 1783, the editor of the Musikalisches Magazin wrote, “Herr Koželuch is an excellent composer. In his sonatas there is much invention, good melody and a style of progression all his own. The fast movements are very brilliant and naive, the slow ones very tuneful. Therefore we can certainly recommend them to amateurs of the Clavier.” Of course, Koželuch was happy to make a good living supplying music to the palaces and houses of the aristocracy and bourgeoisie, for whom music making had become a popular social activity. However, Koželuch was active during a period of time in which the harpsichord was being superseded by the more expressive fortepiano. He became an enthusiastic supporter of the newer instrument, and scholars have suggested that “the monotony and muddled sound of the harpsichord could not accommodate the clarity, the delicacy, the light and shade he demanded in music; he therefore took no students who did not want to understand the fortepiano as well, and it seems that he has no small share in the reformation of taste in keyboard music.” And Koželuch’s keyboard sonatas, particularly those opening in minor keys, “anticipate the tragic-pathetic manner of Beethoven and Schubert, and he created the internationally praised cantabile idiom.” The popularity of his sonatas made the fortepiano a fashionable instrument, and as models for imitation and study they assumed a decidedly proto-Beethovenian importance. His impressive cycle of works is clearly “destined to stand alongside those by Clementi, Dussek, Haydn and Mozart.”

Leopold Koželuch: Piano Sonata in C minor, Op. 30, No. 3
Koželuch’s chamber music was primarily written for the amateur music market. His sixty trios for various combinations of instruments were unfavorably compared to C.P.E. Bach, with a reviewer suggesting that “Bach is always original, always new: Herr Koželuch, on the other hand, has certain favorite ideas or passages which are to be found in nearly every one of his compositions, often with only very small modification.” He certainly enjoyed enormous popularity among amateur performers in Vienna, at times sacrificing originality for simplicity. Yet, a number of his later works clearly exhibit the traits of early Romanticism. It has rightly been suggested that the “lyrical melodies, sparkling passagework and harmonic shifts to the flattened submediant keys must have been noted not only by Beethoven, but also by the young Schubert.” In addition, Koželuch was a shrewd political operator who knew his own worth, and he was one of the new breed of composer-publishers that eventually also included Muzio Clementi and Jan Ladislav Dussek. In his dealings with British publishers he developed a lucrative sideline arranging Scottish, Welsh and Irish folksongs for the Edinburgh publisher James Thomson. And as is well known, Haydn and Beethoven happily followed in his footsteps!