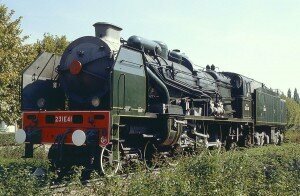 Life is a journey, and truth be told, when it comes to transportation I much prefer trains to airplanes.

In the early 1920’s, steam locomotives were at the forefront of modern technology. To be fair, the automobile had started to catch the public’s imagination and passenger airplanes appeared in the sky, but steam was still the preferred high-speed transport. In the wake of the First World War, where technology was used to create unimagined horrors, trains were now seen as a symbol of technology helping to improve people’s lives. And trains certainly fueled the imagination of the artistic community as well. 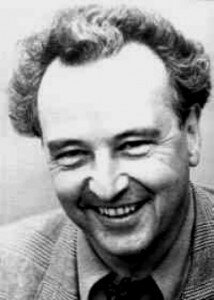 In 1923, the composer Arthur Honegger wrote, “I have always had a passionate love for locomotives. To me they are living creatures and I love them as others love women or horses.” And thus he set to work on a symphonic movement entitled Pacific 231.

The composer writes, “That which I have endeavored to portray in Pacific 231 is not an imitation of the noises of the locomotive, but the translation into music of the visual impressions and the physical sensation of it. Its point of departure is an objective contemplation; the quiet respiration of an engine in repose; the effort in starting; the progressive increase of speed, passing from the static to the dynamic state of a 300 ton engine driven in the night at great speed.” 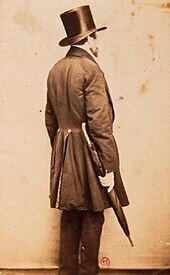 A number of years earlier, Charles-Valentin Alkan apparently foresaw the high-speed potential of the railway. His programmatic etude for piano entitled Le chemin de fer was composed in 1844. One year before, the railway from Paris to Orleans was opened to great enthusiasm and fanfare. Alkan would have been familiar with the shorter line from Paris to Saint-Germain, which was inaugurated in 1837. And surely, he would have known about the opening of the Paris to Versailles line in 1839. Frequently cited as the earliest composition providing a musical depiction of a railroad, the piece is characterized by rapidly repeating bass notes performed at extreme speed. It also includes a lyrical “happy passenger” melody, and recurrent criticism disparages its banal programmatic nature suggesting “an amusing composition without technical innovations.” Be that as it may, for his musical imitation of a humble steam locomotive of 1844, Alkan’s etude moves at a remarkably intoxicating speed! 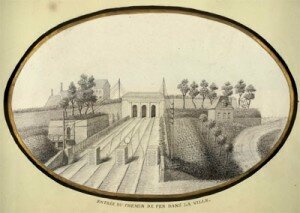 Hector Berlioz was a huge fan of the railways! This is hardly surprising, as the composer had been forced to crisscross Europe in a number of severely exhaustive stagecoach journeys. One such journey in 1846 saw him engaged on an extended musical tour, which included concerts in Leipzig, Brunswick, Berlin, Dresden, Prague, Berlin, Vienna, Regensburg and various other locations. Lasting the better part of five and a half months, upon his return to Paris he was commissioned by the city of Lille to write a cantata for the inauguration of a new railway line from Paris to Lille and Brussels. Sponsored by Baron de Rothschild, the commission asked Berlioz to provide the musical setting for words written by the novelist Jules Janin. And the composer finished his “Railway Cantata” in little more than a week. Berlioz travelled to Lille on 10 June, by train of course, though the line was not yet officially inaugurated. The performance went well, but Berlioz reports to his sister, “While I was in conversation, my hat was stolen, then all the music of the cantata, the orchestral score, some of the parts for the chorus and a full score. The upshot is that here is a lost work, as I don’t feel the courage to start all over again.” Thankfully the music was subsequently recovered, but the same could not be said for the hat! 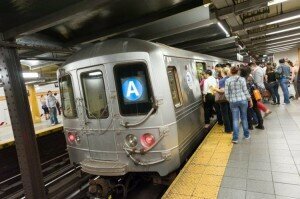 In 1936 a new subway service connecting eastern Brooklyn to the Sugar Hill District of Harlem in New York City was inaugurated. This subway line was operating as the “A” service, and as you might have guessed by now, it became the subject of the most famous collaboration between Duke Ellington and Billy Strayhorn. Composed in 1939, “Take the A Train” almost did not make it to the public. Ellington’s son Mercer reports that he found the song discarded in the trash after Strayhorn decided it sounded too much like the work of Fletcher Henderson, one of Strayhorn’s heroes. Strayhorn later said, “one day, I was thinking about his style, the way he wrote for trumpets, trombones and saxophones, and I thought I would try something like that.” First recorded on 15 February 1941, the tune—in Ellington’s arrangement—would become his band’s signature tune.

Duke Ellington: Take the “A” Train