Composers Inspiration
He Had the Kind of Male Beauty That Could Cause Havoc – Albert Einstein
by Maureen Buja August 4th, 2018 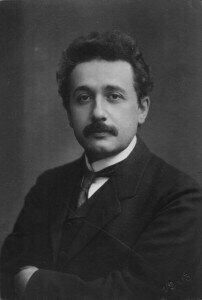 We’ve seen him with this tongue sticking out….we’ve seen him concerned with the implications of nuclear energy….and we’ve seen him behind the bow on the violin. But, as an inspiration, we have to take the words of one of his early admirers: ‘He had the kind of male beauty that could cause havoc.’

How has Albert Einstein had an effect on music? We know about Einstein on the Beach, Philip Glass’ 1976 opera that was the first part of his Portait Trilogy, joined later by Satyagraha (1979) on Mahatma Ghandi, and Akhnaten (1983) on the Egyptian Pharaoh. The three subjects were described by Glass to interviewer Tim Page as ‘portraits of people whose personal vision transformed the thinking of their times through the power of ideas rather than by military force.’ 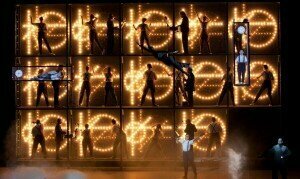 Einstein on the Beach, 2012 production

Glass: Einstein on the Beach, Act IV: Spaceship (Philip Glass Ensemble)
American composer Cindy McTee saw Einstein differently. She used a commission from the Dallas Symphony Orchestra for the World Year of Physics in 2005 to focus on his work in quantum mechanics, the hard side of physics. Her work, Einstein’s Dream, is in 7 continuous sections:

1. Warps and Curves in the Fabric of Space and Time
2. Music of the Spheres
3. Chasing After Quanta
4. Pondering the Behavior of Light
5. The Frantic Dance of Subatomic Particles
6. Celestial Bells
7. Wondering at the Secrets

The dream of Einstein was his search for the General Field Theory that would explain all known phenomenon. In her work for orchestra and computers, McTee seems to bring us to the edges of known things and joins us in Einstein’s search for the one answer. 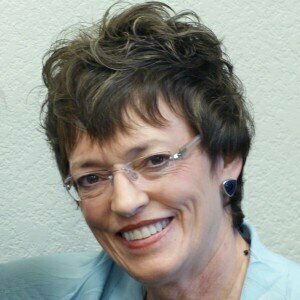 McTee: Einstein’s Dream (Detroit Symphony Orchestra; Leonard Slatkin, cond.)
Returning to Glass and Einstein on the Beach, the 5-hour-long opera consisted of 4 acts that were framed and connected by 5 ‘knee plays’ that worked liked intermezzos, linking the different acts. These entr’actes were called ‘knee plays’ by Robert Wilson, who collaborated with Glass on the work. Glass defines a “Knee Play” as an interlude between acts and as “the ‘knee’ referring to the joining function that humans’ anatomical knees perform”. They had a double function since they also enabled the scene changes on stage. 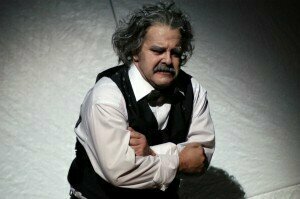 American composer David Schober took the language of Einstein for his inspiration. The composer saw that Einstein saw the universe as ‘vast beyond human comprehension, but at the same time approachable through rational inquiry.’ Schober’s work Curiosity starts with the text ‘The most beautiful experience we can have is the mysterious….’

Schober: Curiosity (Queens College Choir; Queens College Vocal Ensemble; Emily John, harp; James John, cond.)
Paul Dessau, of the former East Germany, took the attitude that, in fleeing Germany, Einstein chose false friends, a ‘humanitarian in league with the enemies of all humanity.’ In his opera Einstein, the composer tips in Bach quotations, bits of pseudo-Strauss, and uses serialism to make his point, in an opera that was found to be ‘deeply flawed and unsatisfactory,’ except for the 2 Intermezzos and the Epilogue, which concern the narrator, Hans Wurst, and his repeated encounters with a crocodile, seemingly unrelated to the rest of the opera. In this aria, Einstein declares that “between me and the war is the earth’s core,” seemingly celebrating his distance from Europe. 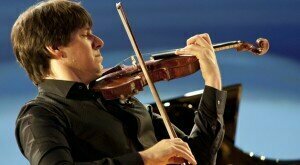 Dessau: Einstein: Act II Scene 1: Zwischen mir und dem Krieg ist der Erdkern (Theo Adam, Einstein; Berlin Staatskapelle; Otmar Suitner, cond.)
American composer Bruce Adolphe focused on the musical side of Einstein, namely Einstein’s violin, in the music he wrote for the movie Einstein’s Light of 2015. Adolphe used the music of Mozart and Bach, beloved of Einstein, as his sources for his score. As the composer notes, the music ‘spins off into a physics-inspired “thought experiment” where the music bends, stretches, floats, and performs other spooky actions.’

Adolphe: Einstein’s Light: Theme (Joshua Bell, violin; Marija Stroke, piano)
In particular, Mozart’s music was used because the only extant recording of Einstein playing the violin is of him playing a Mozart violin sonata (No. 26, K. 378)

Each composer focused on a different aspect of Einstein – from the woman who spoke of his beauty we can end up with a pure thought experiment in music. Einstein’s beliefs, his thoughts, his actions all become part of the musical fabric. For us, we can take any of these visions and construct our own world vision.