Features
Norma Fisher At The BBC
Rediscovering a Lost Piano Star
by Frances Wilson May 28th, 2022 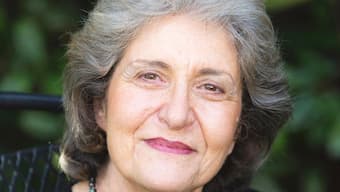 The classical music world has been given a wonderful opportunity to rediscover the brilliant British pianist Norma Fisher, now internationally renowned as one of the finest piano teachers in the world, who enjoyed a sparkling career as a concert pianist as a young woman in the 1960s and 1970s.

Born in London in 1940 to Russian-Polish parents, Norma Fisher’s talent was evident from a young age. Mentored by Ilona Kabos, Gina Bachauer and Annie Fischer, as a young woman, barely out of her teens, she won prizes at major piano competitions, including the Ferruccio Busoni International Piano Competition, and shared the Piano Prize (with Vladimir Ashkenazy) at the 1963 Harriet Cohen International Music Awards; that same year she made her Proms debut. She appeared at major concert venues around the world, with leading international orchestras, and with some of the “greats” of the era, amongst them Jacqueline du Pré.

Hailed as one of the finest pianists the UK had ever produced, she broadcast extensively for the BBC in the 1950s, 60s and 70s – at a time when this was the key to succeeding as a classical musician in the UK – yet these performances were never commercially committed to disc. In the 1990s she developed a tremor in her right hand, which was eventually diagnosed as focal dystonia, one of the cruellest conditions to afflict a musician (pianists Leon Fleisher and Gary Graffman both suffered from it), and she was forced to withdraw from the concert stage.

“I developed a focal dystonia,” she says, “a highly-debilitating neurological condition that affected my right hand, causing the muscles to seize up without warning. Public performances became unbearably nerve-wracking, knowing that at any moment my hand could just stop working. It never actually happened mid-way through a concert, but I didn’t want to inflict that on myself or an audience and it seemed only a matter of time before it could actually do so.” 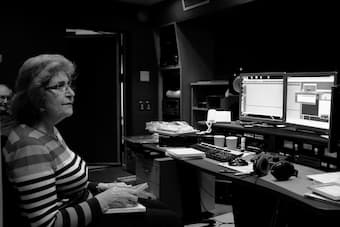 Determined to make the best out of the difficult situation she found herself in, she reinvented herself as a piano teacher, initially teaching at home privately, then at Chethams (specialist music school in Manchester, UK), the Royal Northern College of Music, and at the Royal College of Music in London, where she is Professor of Piano. She has established a reputation as one of the finest piano teachers in the world, nurturing young talents such as Murray McLachlan, Pavel Kolesnikov, Chiyang Wong and Anna Fedorova. She also regularly serves on international competition juries and is artistic director of London Master Classes – which is where I first met her.

Observing Norma teaching talented young students at a London Master Classes event was immensely inspiring and stimulating. Chatting to Norma during a break in the class, her enthusiasm and passion was evident and her eyes literally shone with the excitement of encouraging these talented young musicians. In an interview with me, she stressed “the importance of sound, understanding the depths and possibilities the keyboard has to offer, and how vital is stylistic awareness”, and one of the chief aims of her teaching is the creation of an “individual sound world”, combined with delicacy and precision (one hears this in former students such as Pavel Kolesnikov, where the influence of his teacher is clear in his own distinct sound world). 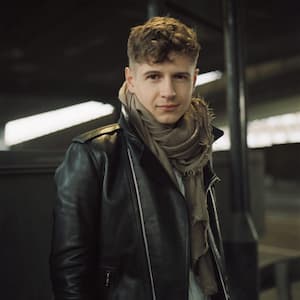 These qualities are more than evident in the three volumes of Norma Fisher’s BBC recordings, now remastered and released on the Sonetto Classics label. An “instinctive pianist”, by her own admission, who eschewed extensive analysis in favour of vibrancy of sound and breadth of expression, these recordings reveal the full range of Norma Fisher’s talents. There is drama and passion, nuance and texture, glittering virtuosity and delicacy of touch, sweet timbres and subtle dynamics, and above all, a profound musical understanding in her interpretations. And due to the constraints of the original recordings and broadcasts (artist and producer were allowed only 90 minutes to make a 60-minute recording and there was almost no opportunity for editing in the way there is today), these recordings have a wonderful spontaneity and freshness – in effect, true “live” performances. 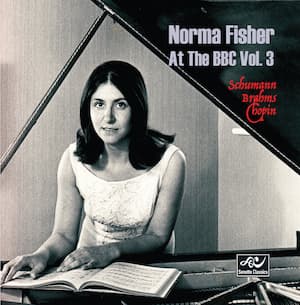 Norma Fisher at the BBC Vol. 3

On 11 May 2022 I was privileged to join Norma Fisher and others at London’s Steinway Hall to mark the launch of the third CD, but also to pay tribute to Norma Fisher’s remarkable life in music – as both a performer and an inspiring teacher. Above all, this event seemed to perfectly embody Norma Fisher’s belief that “If we can’t share, there is no point in life, and I think that will remain my philosophy until my dying day”. Norma has shared her music and her musical wisdom throughout her life, and now her music is reaching a wider audience through these wonderful recordings.

Norma Fisher At The BBC is available in three volumes on the Sonetto Classics label. Volume 1 includes music by Brahms and Scriabin, Volume 2 Liszt, Schumann, Debussy and Tchaikovsky, and Volume 3 Schumann, Brahms and Chopin.