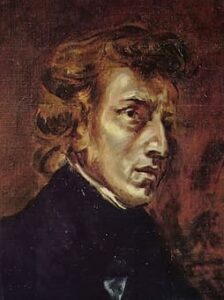 No single instrument served the cult of self-expression more comprehensively than the piano. It could emulate the rising and falling inflections of human speech and the outlines of non-verbal expressions from a sigh to a scream. Frédéric Chopin (1810-49), more so than any other composer of his day, went on a journey of infinite discovery. Inspired by the intrinsic character of the instrument itself, he ever expanded the limits and expressive possibilities of the instrument. 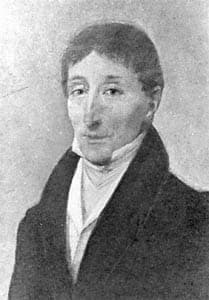 Between 1816 and 1821, Chopin took his first professional lessons from the Czech pianist Wojciech Żywny, who had come to Poland during the reign of Stanisław August Poniatowski, the last Polish king. He became the music tutor to the children of Princess Sapieha, and a close friend of the Chopin family. Reports on Żywny’s teaching are somewhat mixed, but he instilled a lasting love of Bach and Mozart into his young charge. At some point, when Chopin had reached the age of 11, Żywny realized that his most gifted student needed to move on. Chopin in turn thanked him by dedicating a Polonaise in A-flat major to his teacher. 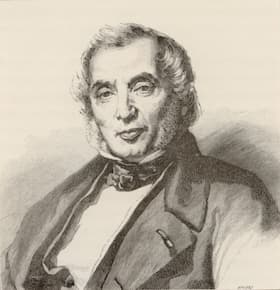 From the very beginning, Chopin felt at home in Paris. He was overwhelmed by the cultural life of the capital, and sympathy for the Polish cause was distinctly fashionable. He loved the Opéra, and he couldn’t get enough of the myriads of pianists launching a new season of concerts. He got in touch with Frédéric Kalkbrenner, and even considered taking lessons with him. Kalkbrenner listened to Chopin play through his E minor concerto saying that he “played like Cramer with Field’s touch.” He somewhat ruined this compliment by going on to say that Chopin “lacked method” and would “never go on to play or compose properly unless he addressed this shortcoming.” 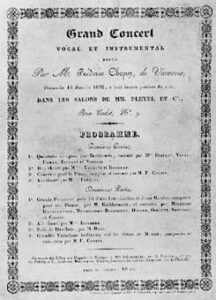 Lessons never materialized, but Kalkbrenner got him in touch with Joseph Étienne Camille Pleyel. He was the owner of Pleyel et Cie piano manufacturing, and he also ran a concert hall, the Salle Pleyel. And it was here that Chopin played the first and last of his concerts in Paris. Camille and his wife Marie—a hugely accomplished pianist who went on to become a professor piano at the conservatory in Brussels in 1848—remained life-long friends of Chopin. Of course they had occasional small fights, such as when Liszt used Chopin’s apartment for his affair with Marie Pleyel.

When Frédéric Chopin first met George Sand, he was rather unimpressed. “What an unattractive person La Sand is,” he writes, “Is she really a woman?” From the beginning it was an attraction of opposites, and Sand later remarked that it had been her strong maternal instinct, which had drawn her to Chopin.” By early June 1838 they were lovers, and to escape her former lover Félicien Mallefille, they escaped to Majorca with Sand’s two children. Staying in tiny rooms at an old and cold monastery did nothing for Chopin’s health, who was already ill with incipient tuberculosis. Sand, it was said, “proved herself an attentive nurse.” She described the Majorca trip in her “Un hiver à Majorque,” and would later lampoon the composer in her novel “Lucrzia Floriani.” Chopin was undoubtedly the model for the sickly Eastern European prince Karol who is cared for by a middle-aged actress past her prime. Chopin’s relationship with Sand did provide him with a stable home life and ideal conditions for work over an extended period of time. Let’s not forget that much of his greatest music was composed at the Sand estate in Nohant.

Frédéric Chopin met Eugène Delacroix through George Sand. Although Chopin was not impressed with Sand’s often-bohemian milieu, he made an exception of Delacroix. And while Delacroix loved the music of Chopin, the pianist/composer was initially bewildered by Delacroix’s “mystery of the reflections.” The two artists became fast friends, and Delacroix frequently mentions Chopin in his journals. “During the day Chopin told me about music,” he writes. “I wanted to know about logic in music, and he made me understand what are harmony and counterpoint, and described the fugue as pure logic.” Both Chopin and Delacroix were strongly interested in the technical issues of their respective arts, and both became famous for the ability of their works to express feelings and passions. As Baudelaire wrote, “Delacroix was passionately in love with passion, but coldly determined to express passion as clearly as possible.” Delacroix painted the famous double portrait of Sand and Chopin, and he was a frequent guest at Sand’s estate at Nohant. He reports “Sometimes through the window which opens on the garden, a gust of music wafts up from Chopin at work. All this mingles with the songs of nightingales and fragrance of roses.” 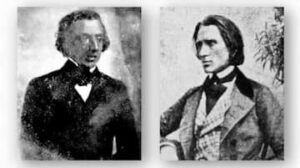 It might come as a surprise, but Frédéric Chopin and Ferenc Liszt never really had a close personal friendship. To be sure, however, their professional and personal lives often intersected and overlapped. Chopin and Liszt began to perform in public as child prodigies and the contemporary press immediately began to compare them. They later met in Paris and often appeared together in concerts and as part of events organized for charity, with their performances always the center of attention. Reviews refer to them as the two greatest virtuosos of the day, artists “both of whom have attained the same lofty standard and sense with equal depth the essence of art.” After 1835, the relationship grew evermore distant, as a rivalry began to develop between their companions George Sand, and Marie d’Agoult. Chopin gave a concert at the Salle Pleyel in Paris on 26 April 1841, and Liszt wrote a long review that left itself open to varying interpretations. Chopin and his circle of friends found Liszt’s review highly offensive. Similarly, at the end of the 1830’s, Chopin had grown increasingly distant from the works of Liszt and the pyrotechnical elements of many of his compositions for the piano, and the two artists met for the last time in December 1845. 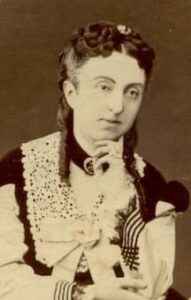 Georg Sand’s family château “Nohant” became Chopin’s summer retreat for seven years. While Sand penned her most famous novels and plays, Chopin composed a substantial number of his piano works at that location. In 1847 the relationship between Sand and Chopin came to an abrupt end, and the reason might have been Sand’s daughter, Solange.

She was a fickle and rebellious teenager, who constantly fought her mother, and by all accounts, was spoiled rotten by Chopin. Solange was jealous of Augustine Brault, a distant cousin who had been adopted by Sand earlier in the year. Solange accused her brother Maurice of having seduced Augustine, and Chopin sided with Solange. He was told to mind his own business by Maurice, and by Sand herself. Sand was exasperated and published her novel Lucrezia Floriani in installments during 1846. It was blatantly autobiographical and not flattering to Chopin at all. It got really ugly, however, when Solange became engaged to a young landowner, but canceled the engagement and succumbed to the advances of the young sculptor Auguste Clésinger. Chopin supported Clésinger, which was viewed by Sand as a betrayal, and the relationship came to an ignominious end.