I chatted to composer Paul K. Joyce back in 2017, when he was in the midst of a Kickstarter campaign to create a set of songs set to words by then-7-year-old Johnnie Douglas-Pennant, who died in a tragic drowning accident in 2004, aged 17. Paul was struck by the beauty and simplicity of Johnnie’s poems, and following the success of the Kickstarter, Celestial was born.

The music, like the poetry, has a real sense of innocence and wonder, seeing the world through the eyes of a child. The words of the poems are read by actor Michael Sheen, and what started as two voices and piano grew into a larger orchestral project, culminating with a live performance in Nottingham, UK, in November 2019, with a view to taking the show on the road, bringing Celestial live to audiences around the country.

The original project also featured contributors to the Kickstarter recording themselves virtually and being layered into the mix. “It was amazing,” Paul remembers. “People said, ‘Oh, I can’t sing,’ but of course, they could. “It has its own special sound. It was a really wonderful thing.”

The Morning Clouds from CELESTIAL 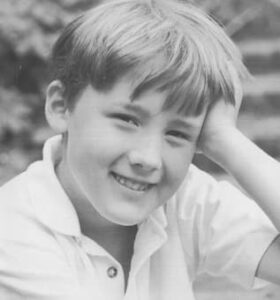 Unfortunately the momentum of the project was cut short because of the pandemic. This enforced break gave Paul a chance to reassess the instrumentation and take stock on the trajectory of Celestial.

“Often, with versions of projects, you’re searching for the right combination, the right format to present it to the public,” says Paul. “I think now I know how I want to do it following that show in Nottingham,” he says.

For the live Nottingham performance, more instruments were added, including drums, guitars, more keyboards, a harp, more singers, and a boy soloist. “It had all the facets that created the original composition,” says Paul, “but I can do it more simply, I think.”

To understand the sound he was aiming for, Paul enlisted the help of the elderly – sort of. “I always think of pop stars going home at Christmas,” he explains, “and their granny says, ‘Ok then, well, sit down and play me your song, your big hit, on the piano.’

“I think that’s the acid test – if you can play something really simply on the piano, just the essence of the song, that’s what counts. That’s something I resisted,” says Paul, but he mentions how much you can learn when you “take away the instrumentation, the big arrangements, and strip it down or keep coming back to a very simple refrain. It makes you listen all over again. 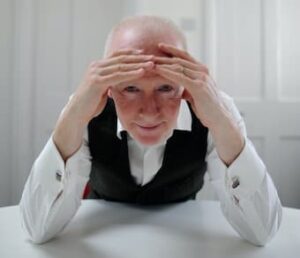 “That idea of ‘everything but the kitchen sink’: it’s satisfying to create that huge sound and that visceral experience, but sometimes there is beauty and joy in hearing one or two instruments.”

And what does the future hold for the Celestial Project? “Despite the impact of the pandemic, I hope Celestial will continue to resonate with concert audiences,” says Paul.

“It reflects the power of words and creativity, particularly those of 7-year-old Johnnie Douglas-Pennant who lives on through his poignant observations of the natural world.”

‘The Air’ from CELESTIAL