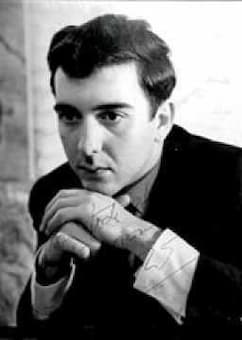 The winner of the 1966 Leeds International Piano Competition, Spanish pianist Rafael Orozco (1946-1996) was born into a musical family and enrolled at the Conservatorio Superior de Música de Córdoba at the age of 7. He later studied at the Madrid Royal Conservatory, from which he graduated with the first prize. His teachers included José Cubiles, Maria Curcio and Alexis Weissenberg. Upon his victory in Leeds at the age of 20, he embarked on an international career and gave concerts worldwide, while the recognition from masters such as Herbert von Karajan and Carlo Maria Giulini has further brought him concert engagements with some of the most famous orchestras and festivals.

Despite all these and his apparent musical talent, he did not really become a household name. Having moved from London to Paris and subsequently to Rome, he later confessed his departure from London was perhaps too early, which may explain his quieter concert life in the 1980s. Having devoted himself mostly to the mainstream Romantic repertoire, this allowed him more time to study the works by Schubert, Albéniz and Falla, resulting in the genesis of several exceptional discs featuring these composers. 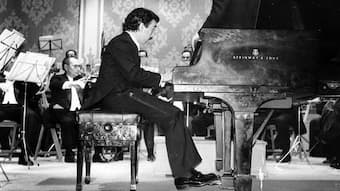 Orozco’s playing impeccably combines refinement, passion and a sense of abandon. As a Spanish himself, Orozco’s legendary recording of Albéniz’s Iberia (a work full of pianistic difficulties and Spanish inflections, which Messiaen regarded as “the wonder for the piano”) is as outstanding as Alicia de Larrocha’s, if not more so. Impregnated with Andalusian flavour and hints of French Impressionism, his Iberia displays great technical facility, a delicate touch and richness in colours. More importantly, the music really comes into life in spite of the difficult passagework and complex figurations.


His studio recordings of Chopin Preludes and Études recently released by Warner Classics are equally impressive in terms of pianistic capabilities and craftsmanship. His recording of Chopin Études Op. 10 & Op. 25 is devoid of “clinical” sterileness that is typical of studio recordings and has direct expressiveness – like the pleasantly effervescent character of Op. 25 No. 3 and the undulating contours in Op. 25 No. 12. His creativity can be exemplified by the innovative voicing in Op. 25 No. 5. The immense technical challenges in the études are effortlessly tackled, while the slower ones are characterised by a sensitive touch. His rendition of Op. 10 No. 3 is particularly revelatory with a narrative style, and every note is made meaningful.

Under Orozco’s hands, each prelude encapsulates a unique, beautifully told story. His playing is captivating with delicacy, luscious tone colours and well-crafted phrases, which are clearly the result of musical genius and devotion. Listen to the below two preludes to have a glimpse of Orozco’s artistry.

Rafael Orozco passed away due to complications of AIDS at the age of 50, and Conservatorio Superior de Música “Rafael Orozco” de Córdoba was named in his honour. He is, in my opinion, one of the most under-recognised pianists of the last century. Despite his early death, his legacy will live on forever, and his exquisite pianism will continue to shine through in the discography he left us with.